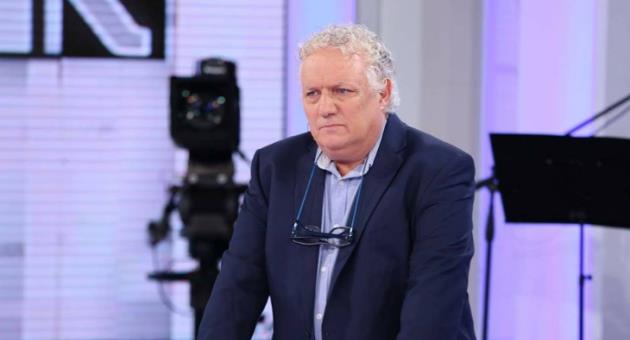 First a disclaimer: I have never been a fan of Xarabank; maybe in the very beginning when it looked new and bucked the trend of the usual fare on the national broadcasting channel: cooking shows, religious programmes and news bulletins interspersed with the ubiquitous teledrammi.

These television dramas hooked an entire nation for years on end, but beyond pure entertainment, they provided little else to challenge their viewers.

But twenty-three years ago, Xarabank challenged our culture from the first very programme. It looked new, it provoked the status quo, and brought to the fore many issues that were either overlooked or ignored completely because they didn’t fit our cultural and religious mindset.It also brought about what some refer to as the ‘Xarabankisation’ of discourse, where the winner is not necessarily the one with the most analytical argument, but the loudest and the most populist.

Due to this sea change in public discourse, politics stopped being about a candidate’s ideas and policy, but whether he or she is telegenic, something that Richard Nixon learnt to his expense during the first televised presidential debate against Jack Kennedy in 1960. Nixon had a slight lead over Kennedy in the polls, but this televised debate dipped the scales in favour of the charismatic and telegenic Kennedy. The rest, as they say, is history. That seminal moment in television re-dimensioned how one does politics.

Xarabank was the making of Joseph Muscat and to a certain extent, Adrian Delia. They fit perfectly in the mould of this new brand of politician who might have the much desired ‘telegenicity’, but then lack substance. In the fast-moving world of socials, where a two-minute clip is an eternity, politicians in the mould of Muscat and Delia come up top.

In today’s Times, the show’s presenter Peppi Azzopardi declared that Xarabank was never ‘found guilty of imbalance’. I am assuming that he meant that his programme was never found guilty of political imbalance. He might be right, I have no way of knowing without looking at cold, hard facts, but it also seemed to me that Xarabank’s balance always tipped in favour of infotainment, a portmanteau of information and entertainment, the branch of media that is the purveyor of soft news.

Critics of this brand of media view programmes such as Xarabank as diluting serious journalism on serious issues of public interest, into a form of entertainment. Such programmes, they say, use human interest stories for titillation by frequently commodifying and selling the stories of people’s lives for pure viewer response and entertainment. They have a point.

This is reflected in the reaction on social media to the news of the sudden axing of Xarabank from TVM’s autumn schedule. The reaction on my Facebook feed was mainly jubilant because many perceive the programme as the number one culprit for the dumbing down of our society. It has been made a scapegoat for this dumbing down because it was the trailblazer. The same level of vitriol is not accorded to other programmes that are also contributing to the one-dimensional public discourse.

However, not being a fan of something shouldn’t make us desensitised to the alarm bells that should be ringing in our collective ears following this decision.

As with anything, timing and context is everything. The decision to axe Xarabank has segued from the shocking decision by the Broadcasting Authority to censor the broadcast of journalists from asking questions related the Covid-19 pandemic to Prime Minister Robert Abela on state media. Because unlike his predecessor, Robert Abela lacks a telegenic personality and comes across as wooden, hectoring, longwinded, confused and generally as yawn-inducing boring.

So basically, the BA is saving Robert Abela from himself by censoring the journalists whose duty is to ask questions just as it is Abela’s to answer them.  It is no coincidence that the Superintendent of Health, Professor Charmaine Gauci, has been reinstated so that she will be the one to face the music as a result of the bad political decisions taken by Abela’s government.

People have been wondering why the long-running, most successful programme that rakes in thousands for the national broadcaster was yanked off air. A few weeks before it was scheduled to restart the season, no less. Ask any head of programmes – they would never cancel a successful production – at the most, they would seek to improve it. Anyone who has ever worked on designing a TV station’s autumn schedule will confirm that such decisions of ‘reform’, in relation to any long-standing and popular production, would be taken months in advance, giving producers the time to seek pastures new. Surely it’s not only about scheduling. You don’t kill a cash cow unless it’s revenge. Revenge is mostly an irrational, knee-jerk reaction that revels in cutting off one’s nose to spite one’s face.

If I may venture to provide a theory. I think Peppi Azzopardi signed the death-knell of Xarabank when he appeared on Repubblika’s Facebook Live programme denouncing Abela’s government for its part in the Easter Massacre, when 2 people died and 51 were ‘pulled back’ to Libya after a vessel in distress lay within the Maltese SAR zone and on the fringe of Italy’s territorial waters for hours, but no action was taken by Maltese and Italian authorities to conduct a rescue.

Of course, I have no way of knowing whether this is in fact the case, but if my theory is correct, Peppi Azzopardi was basically punished for his lèse-majesté against the ‘new’ Kink [sic] of Malta. You will recall how Abela was apoplectic with rage during a prime-time conference called precisely to instigate a lynch mob against Repubblika for holding him to account for this tragedy.

In a clip that has been doing the rounds on Facebook since the Xarabank decision, Prime Minister Abela is on record saying that he is all in favour of reforms and mentioned Xarabank as one of his objectives at reform. Call me cynical, but when has ever the government reformed anything that is not in its favour?

When reading for the media credits as part of my degree in theology at university, one book stuck to my consciousness. It’s called Amusing Ourselves to Death: Public Discourse in the Age of Show Business (1985) by Neil Postman. In the introduction to his book, Postman wrote that our society is better represented in Aldous Huxley‘s Brave New World, where people were oppressed by their addiction to amusement, than by Orwell’s work Nineteen Eighty-Four, where they were oppressed by state control.

It seems to me that our society straddles both worlds but many welcomed the news that Xarabank will be no more.

As the adage goes, be careful what you wish for.