If Simon Mercieca is speaking for the mafia, he would be a mafioso*

(*for the hard of comprehending, commentary is not an assertion of fact: this is not a statement that Mercieca should star in “The Godfather Part IV”)

A few days ago, Simon Mercieca, who campaigns for Adrian Delia on social media, shared a video from some time ago of Edwin Vassallo asking, presumably rhetorically, who pays this author, Manuel Delia, for writing on this blog. I elected not to reply at the time because I treat such stupid questions with the contempt they deserve. For the umpteenth time most of the cost is covered by my wife who is the breadwinner of our household. If you’ve ever given a donation to this website, you’re part of where the rest comes from. 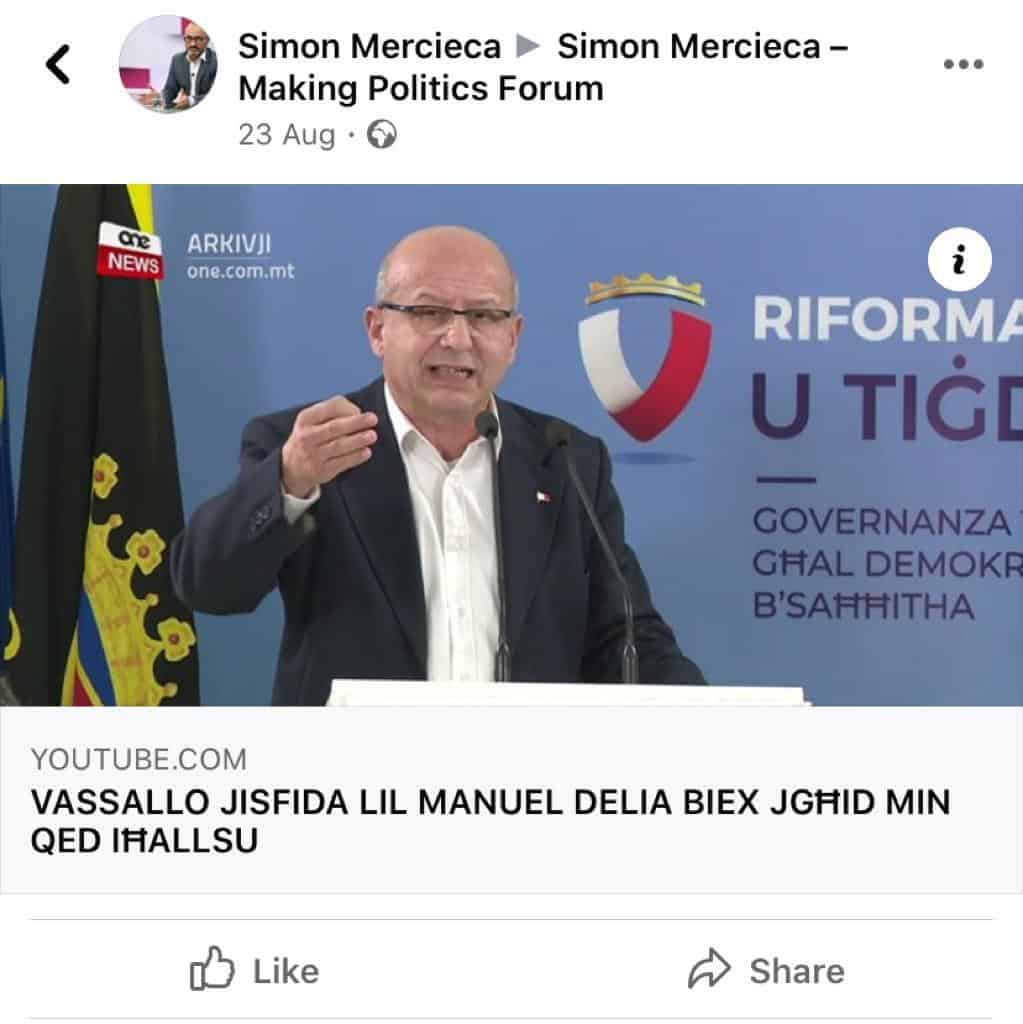 Simon Mercieca’s rhetorical challenge could have attracted the same query: who pays Simon Mercieca? Sure, he has a full-time salary from University that allows him to indulge his penchant for using fascist and racist tropes and to facilitate his incessant campaigning for Adrian Delia without having to worry about where his next crust is coming from.

But it is more than fair, to my mind, to wonder whether the question needs more consideration than that. Cui bono?

Simon Mercieca has been campaigning lately to exonerate Yorgen Fenech and to present the man charged with masterminding the killing of Daphne Caruana Galizia as an innocent victim of a frame-up. Here is a post he wrote yesterday which sums up his arguments. It is lifted off Edwin Vassallo’s Facebook page because he shared it. More on that later.

For the benefit of those for whom ploughing through this man’s rants is too nauseating a task, I’ll summarise. According to Mercieca, who prefers Maltese, Yorgen Fenech is not a perpetrator but a victim who has been played (“lagħbuh”). Yorgen Fenech was not, according to Simon Mercieca, betrayed by bigger fish who used him to kill Daphne Caruana Galizia and are now letting him take the fall alone. In Simon Mercieca’s universe, there are no bigger fish. Yorgen Fenech, Simon Mercieca explains, has been played by “the PN rebels”. That’s Jason Azzopardi and other MPs who have caused there to be a leadership contest within the PN which, they hope, will replace Adrian Delia.

In case you think I’ve taken liberties with my summary, do please take the time to read Simon Mercieca’s original. He uses the Maltese word “lagħbuh” (“they played him”) in two senses simultaneously. He implies a betrayal and, at the same time, a frame-up. You betray someone with whom you have conspired, whereas you frame someone who is innocent: it’s bloody difficult to have it coming and going, though Simon Mercieca makes a valiant effort.

Here’s how his story goes.

He implies, because there is no evidence that they had any contact before or after or of anything else, that as of October or November 2018, the “rebels” stopped speaking with Yorgen Fenech because they became aware of tapes that could pin the murder of Daphne Caruana Galizia on an innocent Yorgen Fenech.

In sum, therefore, the police are after Yorgen Fenech for a life sentence just so that the PN rebels can embarrass Adrian Delia to the point of showing him to be unfit to be party leader.

As far as I know, Simon Mercieca does not teach logic at Tal-Qroqq. Though if this is how he teaches history, the Germans won the war. 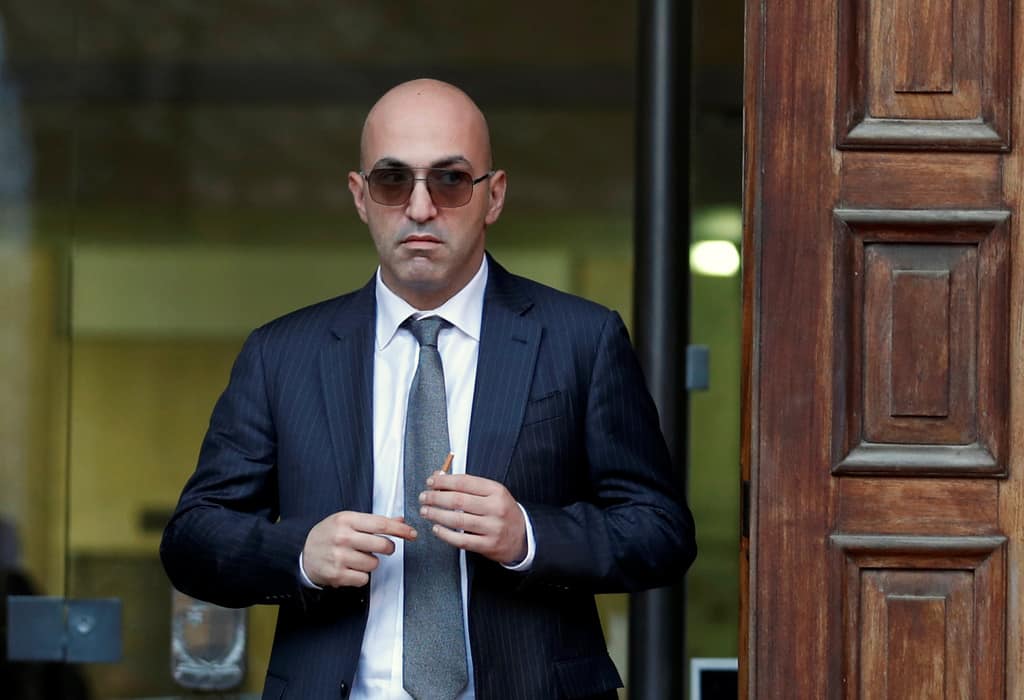 This was no closely guarded secret, as Simon Mercieca might imagine. This wasn’t a closed-door conspiracy between PN rebels and accommodating cops. This was splashed on the newspapers of the world after Reuters reported it.

Consequently, Adrian Delia has no one to blame but himself for staying in touch with Yorgen Fenech. Even if Adrian Delia was so terribly uninformed that he didn’t realise that 17 Black ownership cast immediate suspicion on Yorgen Fenech and put him in the frame for Daphne Caruana Galizia’s murder, documentary evidence that had been in the public domain since the previous March showed that whoever owned 17 Black had agreed to pay Keith Schembri and Konrad Mizzi $5,000 a day.

If that alone is not enough to persuade any decent politician (any decent person, for that matter, but this is a political story) to stop talking to the man, what is? 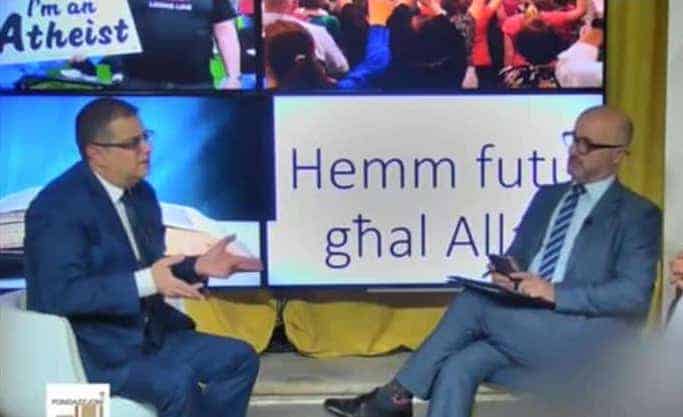 Maybe the fact that the owner of 17 Black was also the CEO and chief broker of the Electrogas deal documented by the National Auditor as corrupt and rotten should have done the trick. It is not surprising for Adrian Delia to want to ignore Simon Busuttil and Daphne Caruana Galizia because he is compromised or stubborn or obtuse and because his leadership campaign was based on his strident claim that they were wrong. But to turn an Edwardian (Scicluna) eye to the evidence and ignore the NAO’s findings, is asking for trouble. Adrian Delia did it and got it.

The simple fact of the matter is that when Adrian Delia chose to continue his conversations with Yorgen Fenech he was flirting with someone he knew was said to bribe politicians. Whether it was because he wanted to be bribed or he was being bribed or he’s a political ignoramus who cannot tell right from wrong, especially if he’s had too much Earl Gray or espresso for breakfast is not the point, because this is not about Adrian Delia, anyway.

Yorgen Fenech, innocent until proven guilty, may or may not have been the originator of the plan to kill Daphne Caruana Galizia. The compelling evidence we have seen and heard suggests that, at least, he is a major player, enabler and indispensable element in her elimination. We have heard evidence in the form of recordings that corroborate an eye witness account damningly. We heard it in open court, in his voice.

Shit stirring about missing recordings is just that, shit stirring. I would have a glimmering of understanding if it were coming from the defence team, loyal to its client even while risking disloyalty to justice. Their job is to exculpate their client and perhaps they believe that anything, including lies and obfuscation, are fair tactics in their pursuit of that objective. That is up to them and their professional conscience, and in their own minds, they can justify to themselves the strategy of throwing innuendoes and aspersions about missing recordings.

But why is Simon Mercieca doing this? Has he asked himself what could possibly be recorded on any other tapes that would cancel the evidence we have heard, spoken in Yorgen Fenech’s own voice? If he is not working for the mafia, does it even cross his post-doctoral mind that he’s sticking his nose into something that is way beyond him, simply to stick up for Adrian Delia?

I’m not making an argument for summary justice. I’m not suggesting that any evidence should not be heard or justifying that any of it may be hidden to convict at all costs, though I have been following proceedings closely and there’s no earthly reason to believe that anything has been hidden.

On the contrary, I’m arguing against Simon Mercieca’s summary justice: he wants Yorgen Fenech acquitted and compensated for being a victim of a frame-up without a proper trial to hear the evidence, all the evidence and nothing but the evidence, and before a verdict is handed down by a jury of Yorgen Fenech’s peers. Simon Mercieca ignores, does not grasp, or deliberately covers up the fact that the court has already found that Fenech has a case to answer, although I repeat, he remains innocent until found guilty.

I ask again: why is Simon Mercieca going out on a limb this way? Is it only to mitigate Adrian Delia’s embarrassment for having kept up a WhatsApp chat with Yorgen Fenech after October 2018?

I believe that it is reasonable to wonder whether that’s sufficient motivation. Other scenarios could be in play. Whatever the real scenario, Simon Mercieca is in effect working for Yorgen Fenech.

In effect, if not in intent, this this makes him a spokesman for the mafia, the interests of which he wilfully represents by sowing doubt on the credibility of the state’s case against it. I think there is plenty going for the proposition that this is exactly what it seems: Simon Mercieca wants Yorgen Fenech to walk unpunished for killing Daphne Caruana Galizia. He certainly doesn’t seem to care if his efforts lead us there.

Consciously or not (and he is, we are told, a historian) he is using a tool that has always worked here in trials tainted by political speculation and manipulation. Like Meinrad Calleja before him, Yorgen Fenech stands to benefit when doubts are sown in potential jurors’ minds about political motivation underlying the prosecution’s efforts to get him sent down. The McGuffin in this case is the fate of the hapless Adrian Delia who blames everyone but himself for keeping up friendly banter with an alleged politician-briber and journalist-killer. Let’s say ‘alleged’ politician-briber and journalist-killer for now, for indeed we must abide by the presumption of innocence until there is a decision of a court of law.

Simon Mercieca’s efforts seem designed to set aside even the need for such a decision by manufacturing spurious and baseless ‘reasons’ for acquitting Yorgen Fenech without wasting time on any more due process. 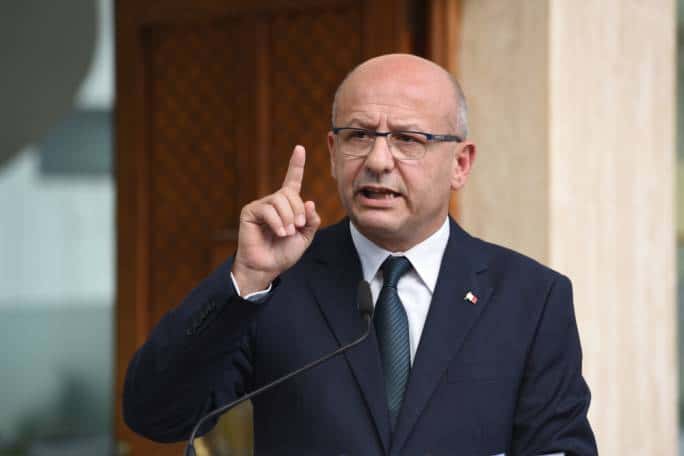 Simon Mercieca is not alone in providing a war horse for the mafia to ride home on. That bible-bashing, sanctimonious idiot Edwin Vassallo is sharing and propagating Simon Mercieca’s “free-the-mafioso” campaign posts. This leads to the obvious question: is his hero, Adrian Delia, ignorant of this too?

I’ve seen some posts making the rounds wondering how Adrian Delia is paying for his online leadership advertising campaigning now that the bill is no longer being footed by the Nationalist Party. The Facebook posts say the ads are being “sponsored by Adrian Delia”. But the man is said to be incapable of having a smoke without first bumming the fag, so maybe Simon Mercieca should be asking him who’s paying whom for what.

In September 2017, some thought it was far-fetched to suggest that Adrian Delia’s election to PN leadership was another job well done for the “mafia” that had taken over our institutions. This started to look less far-fetched as he undermined the campaign for justice for Daphne Caruana Galizia, ordered his media to boycott coverage of that campaign, defended Joseph Muscat for his Panama imbroglio and tried to fire Simon Busuttil in the meantime. He’s changed his tune about Egrant in the meantime, re-writing history on the hoof, and he has since sought to undermine the credibility of Jason Azzopardi and Therese Comodini Cachia for the heinous crime of representing Daphne Caruana Galizia’s family.

Adrian Delia’s minions, such as Edwin Vassallo, are using Adrian Delia’s piteous excuses in the context of his very own WhatsApp-gate and giving aid and succour to Yorgen Fenech’s quest to avoid justice and get away with it.

Giving aid and succour to the mafia risks you being called a mafioso. Denying the mafia’s existence makes you at least a simpatico to the mafiosi. Simon Mercieca and Edwin Vassallo, don’t you think you have a case to answer?