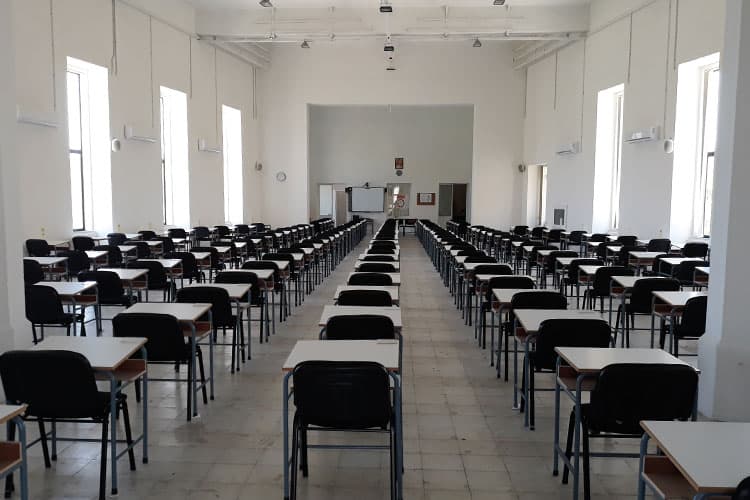 MATSECs should be dropped this year and replaced with teacher assessments

While Robert Abela was telewanking from his watery home off the coast of the Ragusano, 16- and 18-year-old students have spent their summers in anguish and anxiety, fighting the heat and their nerves to keep on top of their preparations for their high school and college entrance examinations.

I sat for my O levels 28 years ago. With the possible exception of the birth of my children, I don’t remember a more high-pressure experience. And in contrast with my mates, I projected an aura of supreme self-confidence. I was compensating for the fact that there was no objective justification for that self-confidence.

We tend to forget what we went through. If I were to sit for my O levels again I should like to think I would pass my English and History exams. I’d fail all or most of the others. That’s because few of us have all-encompassing aptitudes. We all have academic Achilles heels. And we all prepare for examinations to try to be at our best at the time we’re due to sit for them.

I said I would fail most of my O levels now. If I sat for my Physics O level a month after the date I was booked for I would have failed then too. I was primed for exam date, precariously holding on to arcane information that shimmered in the short-term memory compartment of my brain but had made no dent whatsoever on the proper comprehension section where I would have actually known what the meaning of what I was barely remembering was.

If you’re my age or older, this is mildly amusing. Life is different when you don’t have to sit for exams anymore, when a little braggadocio, experience and familiarity with our specialised areas of interest replace the elusive ability of answering questions in an exam paper without being able to resort to bluff.

The class of 2020 have been working for 5 to 7 years to be at their absolute best at the April to May examination sessions. They depended on the tricks of generations of students before them, the memory mnemonics, the umpteenth run of past papers, the tried and tested shortcuts developed by their favourite teachers.

The April/May session was shifted to August and September. That’s been tough on students. We under-estimate this but that’s because, as we say in Maltese, we forget our own times.

The August/September session is happening in a covid environment which is far worse than was expected when they were first set. Sure, we don’t have lockdown and self-isolation but that’s only because our government has decided to largely ignore the chilling rate of infection this second time round. But the disease is out there and with or without the government’s orders, many have been adapting their lives to avoid being the ones to carry the infection forward.

The MATSEC office has today, a mere 10 days before the first exam, announced that students under quarantine during exam time will be allowed to enter university on a provisional basis and then sit for their MATSEC exam in January. That result will then confirm their seat or have them chucked out of their course.

This piece of genius is being described as a ‘concession’. Quite the contrary, I think a more appropriate way of describing this policy is cruelty.

People are being admitted to start their university life, not knowing if they’ll still be in it 6 months later. While their first university exams are due in January, most of them tests to obtain compulsory credits required for the continuation of their degree program, they’ll have to revise for exams covering subjects they last had a class for a year before.

Just to put you in the picture. A social sciences student sitting for the impossibly tough exams on statistics and methods of inquiry (I’m shaking as I write about these nightmares from my long-forgotten past) will need to keep fresh in their mind the arcana of Geoffrey Chaucer for their A level. Replace methods of inquiry with Roman law or whatever 101 course first hit you when you entered an entirely different world and starting your trek at university.

There are few human beings that can be reasonably expected to make a simultaneous success of both.

Of course, all this presumes they won’t be in quarantine again in January.

And in any case it all presumes that students that have not been ordered to quarantine in August, are happy to break their cautious isolation to go sit for an exam after protecting vulnerable members of their family by staying in since March.

These are real cases. Students who have a vulnerable parent or sibling have only experienced summer by admiring from inside their bedrooms Robert Abela’s new boat. They have done this because they’re good people, considerably more responsible than our prime minister who drove straight from the Sicily catamaran to the hospital, of all places, for a photo opportunity with care workers. He likes to live dangerously that guy, as long as the danger is for others, not himself.

The education department and the university are behaving as if there is no alternative to sit-down exams that are completely impractical in the current environment. In spite of the mess currently in place in the UK right now, there is one lesson that can be learnt from there. It is perfectly OK to ask students’ teachers to assess what result they would have expected their students to achieve in O and A levels and grant them that grade. If students feel aggrieved they could then choose to appeal their teachers’ rating by voluntarily sitting for the exam.

The rest should be graded on the back of teachers’ assessment and allowed to go on with their lives.

After all, if they prove lucky and over-rated in their exam results, they still have to face the challenges of testing in university. It’s not like we’re giving these people a medical license attached to their A level grade.

This is not about ‘concessions’. It’s about fairness. It’s about recognising the current realities and to find solutions that do not amount to a sadistic pleasure in the suffering of young people. And it’s about acting in a way that prevents the further spreading of the virus.

It has been clear for some time that Robert Abela’s efforts to act ‘normal’ when nothing really is, is a dangerous policy. Now it’s verging on the cruel.