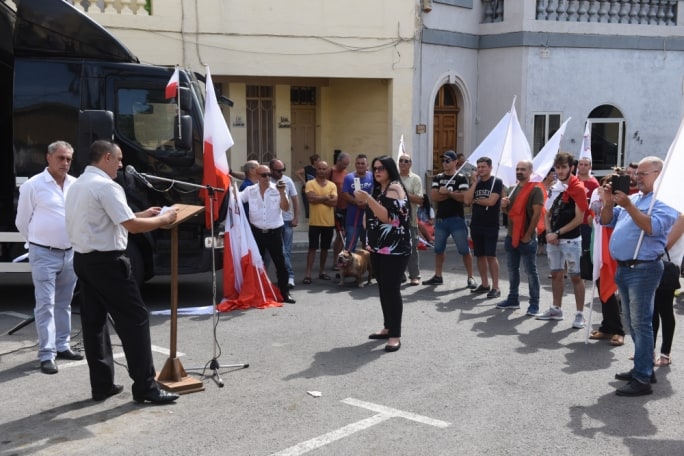 When 10% of the population sign a petition for a referendum, a nation-wide ballot is called. With 40,000 signatures backing the so-called patriots’ petition to parliament to stop rescuing migrants drowning in our seas, the people-hating, black-baiting racists are calling for a national vote so that a national majority can, as the petition has it, ‘empower the government’ to refuse to save people at sea.

Someone should give these people CliffsNotes for The Merchant of Venice. Their contract might say they are entitled to a pound of flesh, but the law still says they cannot shed a drop of blood.

Not every law can be removed by referendum. There are good reasons for this. Shall we have a petition on abolishing all taxation? Do you want to bet that half the population might be willing to vote for such a stupidity? That is why all tax laws are excluded from the referendum process.

In the words of my most favourite US president ever “You know, we forget sometimes. In all the talk about democracy, we forget it’s not a democracy. It’s a republic. People don’t make the decisions. They choose the people who make the decisions. Could they do a better job choosing? Yeah, but when you consider the alternatives…”

So, for the benefit of the Tiger King, the raging cleric of Mosta, the delusional baby-eating Nazis who cheer a holocaust-denier like a prophet and the tens of thousands who seem to think that wishing for people to be allowed to drown because they are black is a generic support for pest control, here’s a piece of news.

A referendum cannot abolish any law that comes from the implementation of an international treaty entered into by Malta. We have to have a coast guard and we have to save people at sea because we are obliged by treaty to do so. These treaties have existed for far longer than any so-called patriot. They have existed far longer than the EU. During the Second World War, enemy pilots who ditched their planes before they were downed by our defence forces, were fished out of the sea and treated humanely in prisoner of war camps.

For thousands of years, the people of the Mediterranean have considered rescuing anyone at sea, no matter their nationality or their status as slaves or free men, as enemy combatants or civilians, as felons or judges of other men, as a requirement of civilisation. That sense of basic human decency predates history. It’s up there with burying the dead and protecting children. People who fail in these basic human duties have for centuries been deemed “barbarian” or “savage”, in any case “uncivilised” if not “inhuman”.

This is tangentially relevant to the present discussion. Because I hasten to add, again, that our obligation to save people at sea is not a consequence of Malta’s membership of the EU, even though these chicken-brained savages blame the EU for migration.

It’s clear what the “patriots” have in mind. We saw them campaign against Malta’s EU membership for almost thirty years flying that other brand of fascistic isolationism, the flag of the Labour Party.

Connecting migration to EU membership is the logical extension to Alfred Sant’s fantastical body bags that our young would have been stuffed in had we signed up to Bill Clinton’s “partnership for peace” with NATO.

Current EU rules do not automatically oblige Member States to take a formulaic share of migrants arriving into other Member States. You can argue that is unsatisfactory but it’s the way it is. Leaving the EU, as these so-called patriots expect us all to do, brings us no closer to forcing other EU Member States to solve the situation for us. If anything, it would mean that if the EU decided to adopt laws for automatic redistribution of new migrant arrivals, we would not benefit from such an arrangement.

And here’s the news for the Cro-Magnons third from the left on the ape to human chart, if Malta quit the EU, it would still be obliged to save people in its waters. Because even if racists live in the stars, the country and those of us who continue to live in it remain on this planet.

Migration is not a “problem”. Migration is a reality of the human experience, like poverty, injustice and inequality. It is indeed a face of poverty, injustice and inequality. We don’t ban the poor, or let them starve or throw them in the water. We don’t speak about being “overwhelmed” by poor people, or complain that helping their lot is too expensive, or give up because we realise that no matter how many we help there are always new inequalities.

We understand that easing the suffering of those who live among us is also part of the human experience. That we measure our own humanity not by how much money we have or how many tigers we breed, but by our kindness to others and our ability to help those we do not know.

After all, we don’t rate inveterate stupidity and unconscionable ignorance as a “problem”. We do not ban the stupid, or throw them at sea. We continue to coexist with “patriots” and “tiger kings”, endowing them with rights that should rightly belong only to people who understand them. Because people who want to keep rights for themselves and deny them to others do not understand what rights are. They do not understand what humanity is.

So, like the injustice of economic inequality, and the desert of intellectual abilities in people on whom free education has proven totally wasted, migration is a reality of the human experience we should learn to live with. There are far less migrants living among us than there are idiots. There are far less migrants among us than there are racists even. There certainly aren’t as many as the 40,000 who signed the “patriots”’ petition and on whom there isn’t an EU scheme for forced and automatic redistribution. Poland won’t take black people. It won’t take racist pigs from Sliema either.

Adrian Delia expressed “concern” this weekend that black people are living in ghettos. He did not say that they’re forced in there by racial prejudice and a desert of integration policies. But speaking from personal experience Ħamrun, Marsa and Birżebbuġa are not ‘no-go areas.’ Adrian Delia’s office at the PN is.

Let’s hope the politicians that we have remember why they’ve been chosen in their job. Sure, the people could have done a better job than choose them to take the decisions. The least they can do now is take decisions that comply with the law and with the long-forgotten condition of the human existence: kindness and the desire to ease the suffering of people we do not know.