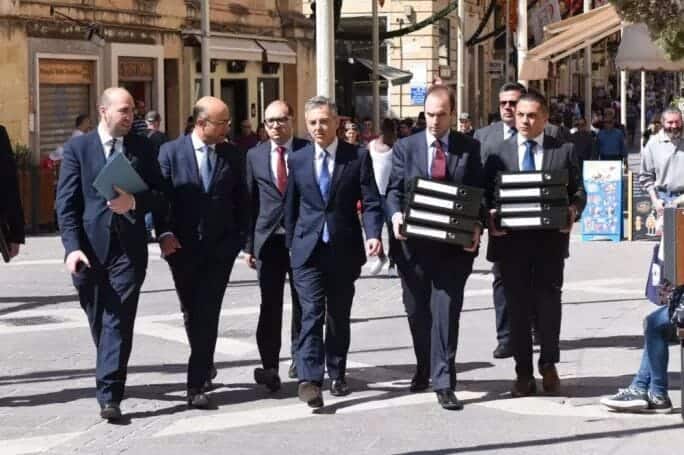 We are all sinful. The trouble is that some men consider themselves less sinful than others or holier than others – Bangambiki Habyarimanai

So the Partit Laburista, in the name of good governance and transparency, wants the due diligence conducted by the PN Electoral Commission to be made public. They, at least, did not have the gall to tell the PN to send it directly to Joseph Muscat. I too want the report to be made public but in my case I have never breached the law, I have never avoided my taxes on my hard-earned income, was never involved in money laundering and never tried to hide evidence of drug trafficking by finding a “pulizija Laburist” to fix things.

Because I am not like the PL who through good governance requisitioned tens of private houses to turn them into PL clubs paying a pittance for rent. Never did I, as Prime Minister (I never was and have no ambition to be) gifted my party with a €10 million property in Pembroke. I never used my office to send birthday cards to my constituents. So I have a right to ask for the publication of the due diligence report as a tax payer and as a citizen who never breached the law, except for the odd parking ticket.

But the Partit Laburista wanted the report published for transparency’s sake. This is the party in government that chose to publish a number of reports and contracts in Parliament looking like the black and white Rabat Ajax football gear and refused many a time to publish many others.

The Partit Laburista claimed that both Bernard Grech and Adrian Delia have serious shortcomings that the public should know about. Now this is all in the public domain and the PL knows it. Karl Stagno Navarra has been harping for a week in his daily trash TV programme about how Bernard Grech has been late in paying his taxes. Late, mind you, not avoiding to pay. And we all know the allegations about Adrian Delia (and let us not forget that the allegations mentioned Chris Cardona as a partner) have been there for ages. So what could be new?

The Partit Laburista in its statement concluded that “This was a superficial exercise in concealing the truth and the two contestants are not worthy of a constitutional office because of their professional conduct.” How about the kettle calling the pot black? They said that the Nationalist Party cannot be taken seriously when it comes to leading the country and good governance. Not like the Partit Laburista, which is as clean and white as a New Zealand lamb.

Now everybody knows that the PL government is corrupt. It is not the common citizen Joe Azzopardi who is claiming this. It is Transparency International, the Council of Europe,  the Eurobarometer, the European Parliament, Der Spiegel and a host of others. Yesterday’s Labour Party statement is therefore rather strange if not outright outrageous.

A few months back the government had turned down a Freedom of Information request by a local newspaper for the publication of an agreement under which it guaranteed a loan to Electrogas because the publication ‘would have a substantial adverse effect on the ability of the government to manage the economy.” Alfred Camilleri, permanent secretary at Ministry of Finance said during the Daphne Caruana Galizia inquiry that Enemalta had ‘absorbed’ €5 million in excise tax that were supposed to be paid by Electrogas. The total tax amounts to over €40 million for the duration of the project. Yet Robert Abela remained silent. The tax burden will be carried by the Maltese so that rich families in Malta make more money. Talk about tax payments.

And now the cherry on the cake.

The Attorney General Victoria Buttigieg refused to publish the inquiry about Keith Schembri and Brian Tonna. The inquiry was requested by former PN leader Simon Busuttil. He requested this inquiry to probe a payment made by Brian Tonna to Keith Schembri. It was a request for an inquiry in relation to third parties. He went to Court with box files of evidence. At that time Labour claimed that the boxes were empty, or were pizza boxes. Now we know that they were full of evidence. Yet the advocate of the people refuses to publish the result. And we can already see the big mistake that the PN did when accepting and congratulating Ms Buttigieg as the new Attorney General.

This matter is of national interest. The choices are stark: declare there are no grounds to further investigate and prosecute Keith Schembri and Brian Tonna or the immediate arrested and prosecution after charges against them are issued.

And we, the people, now demand that the Partit Laburista, in the name of transparency and good governance officially asks the Prime Minister, its leader, to advise the Attorney General and the police to take immediate action and arraign those involved on the back of the evidence against them.