GUEST POST: The First Families of Business vs We, the People 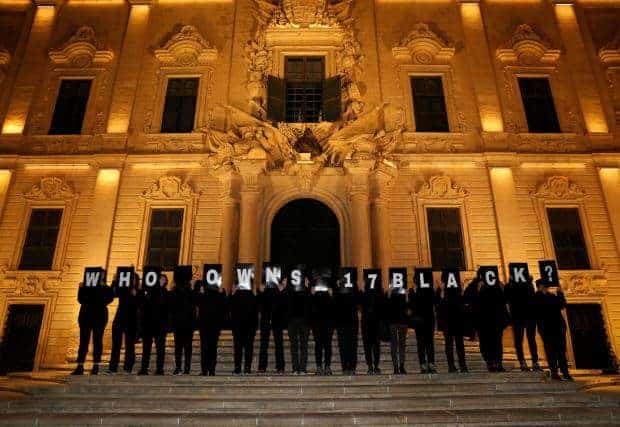 Whereas reading the newspapers has always been one of the enjoyable pastimes reserved for Sundays – poring over them after Mass over pastizzi and copious amounts of cappuccino, or in the afternoon after a gigantic Sunday lunch with family, happily hiccupping one’s way through digestion, they have rapidly become the dark cloud that remind us what a sunny place for shady people Malta has become. Not through their fault, of course. It’s their duty to inform our right to know.

This morning we woke up to another chapter of the sordid Electrogas saga that has engulfed our country in corruption and at least in one assassination – of the journalist who was on the verge of uncovering it all, Daphne Caruana Galizia. “Had my mother published, Electrogas would have gone into liquidation” wrote Matthew Caruana Galizia in a dramatic Facebook post on the 28 August 2020.

You cannot but not but feel enraged to read that in today’s Sunday Times that the frontman for Electrogas in Malta, Yorgen Fenech, and the alleged mastermind in the assassination of Caruana Galizia, wrote in an email dated October 28, 2017, “that there was an issue with waiving the damages, as Enemalta had already factored them into their accounts.”

“There is a problem with the waiver of the LD’s (liquidated damages). Enemalta has already accounted for them in their accounts and therefore they would have to reverse that, which would result in huge controversy,” the brazen Fenech wrote in this email dripping with blood.

Note that this email was sent 12 days after Daphne Caruana Galizia was assassinated. So Fenech was not content with having the journalist out of the way. He still wanted to make more profit by having the €18 million penalty waived. No, it’s not a slip of the pen that I equated the profit gained from assassination of Caruana Galizia in the same breath as the waiving of the €18 million damages. For in Fenech’s mind, Daphne Caruana Galizia’s stood in the way of his making more millions and having her out of the way was also part of his business plan.

But who else stood to gain from this corrupt deal that was memorably dubbed by Dr Simon Busuttil as the “monument to corruption’?

Only recently HERE (Shift News), HERE (Newsbook),  HERE (Lovin Malta), AND LASTLY HERE (Kristina Chetcuti writing today on The Sunday Times have the focus turned on the ‘first families of business’ that are raking in millions but Manuel Delia was the first, I think to call out the Fenechs, the Apap Bolognas and the Gasans in a blog post dated 14 November 2018.

“When did these partner companies become aware of 17 Black?”

Yes, when, Joe Gasan? Did you know about it when you went on The Times bleating about having your name tarnished. You don’t seem to need much help. You seem to be quite adept at doing it all by yourself. With a little help from the Apap Bolognas. And the Fenechs.

Yes, you too, the Apap Bolognas. Did you know about 17 Black? Did you know how far your business partner Yorgen Fenech was intent to go to protect his interests, and by extension your interests too? Of course, I am not implying that you were in on the conspiracy behind the elimination of the investigative journalist who was on the trail. For all we know, you might have had a shock like the rest of us the day Daphne Caruana Galizia was assassinated. But did you wonder subsequently whether your deal had anything to do with her assassination?

When your business partner Yorgen Fenech was outed by Reuters as the owner of 17 Black, the company pouring grubby millions in companies owned by Joseph Muscat’s Chief of Staff, Keith Schembri and Joseph Muscat’s favourite minister Konrad Mizzi, and thus the first lead was established between Caruana Galizia’s investigations and her murder, did any one of you Gasans and Apap Bolognas confront Yorgen Fenech about his possible involvement in Daphne Caruana Galizia’s assassination?

When you follow the compilation of evidence against Yorgen Fenech, do you sit there and think maybe, just maybe, you should do the right thing, albeit belatedly, for nothing can bring Caruana Galizia back, and cancel this corrupt contract?

Or are you too busy raking it in, eating us out of our house and home? When you sashay in your multi-million euro homes, and glide in your multi-million yachts in various resorts, and flash your cash in many different ways, do your thoughts turn to common mortals like us who count our euro cents because there’s always too much month left at the end of our money after paying our inflated electricity bills?

Gasans and Apap Bolognas, while you live the life of Riley, do you spare a thought for Daphne Caruana Galizia and her family? I ask you again: do you ever think of rescinding the contract that has her blood on it and that is bleeding us dry with every bill we pay?

Or are you busy trying to blend in, sitting tight, hoping the attention will keep shining on Yorgen Fenech, while you keep living the comfortable life of privilege you’re accustomed to?

No, perish the thought. We are not envious of your wealth. Some of us can live with what we have without being eaten up by acquisitiveness. But I wonder, how can you live with yourselves knowing that some of your wealth is tainted by the life of one journalist, the grief of her family and friends, and the struggles of countless families who try to make ends meet, especially now, with the ravages of Covid-19?

Prime Minister Robert Abela, I turn to you now. What is stopping you from rescinding this contract? What did you know and when did you know it? As a consultant to the former disgraced prime minister Joseph Muscat, do you have any rattling skeletons in your closet?

Or are you happy with the laughable statement by Electrogas saying that it is not corrupt after ‘diligently’ investigating itself? It’s like wolves investigating that they did not kill the chickens while having bloodied feathers sticking out of the jaw. Weren’t you also relieved with Joseph Muscat’s declaration that he wasn’t interrogated under caution at the Police HQ?

It doesn’t take much to convince you, does it, Abela, when the singing is done from the approved hymn book.

It seems that no one has the will, political will or otherwise, to dismantle this Monument to Corruption and Murder. As has been the case for the past three years, it is up to the people to stand up and be counted.