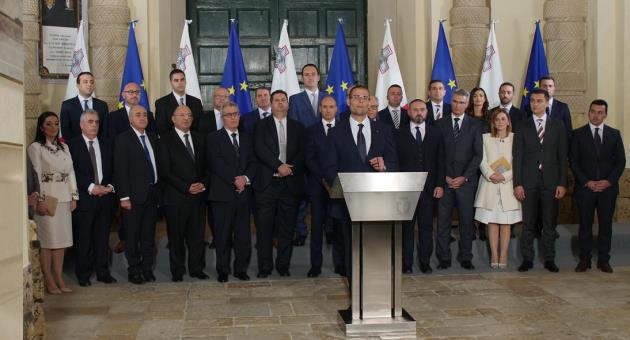 The word ‘Minister’ originates from the Old French menistrer “to serve, administer, attend, wait on” and directly from Latin ministrare “to serve, attend wait upon” from minister “inferior, servant”.

Lately, the public has seen and heard about the work of a number of our formidable ministers. Their words and actions are for you to judge.

Minister for Foreign Affairs Evarist Bartolo, the one who writes haiku and cryptic messages on Facebook, has declared in court that Keith Schembri was very powerful and effectively led a “shadow government” when he was chief of staff to former prime minister Joseph Muscat. His power was “disproportionate and wrong.”

“All that power was of no good to the government or the country,” Bartolo told a public inquiry into the murder of journalist Daphne Caruana Galizia. He confirmed that networks of hidden power “could bypass what was discussed in parliament” and also noted that corruption only perturbed only those who did not gain from it. “In Malta we have wealthy people who influence power,” he said and “we need to examine our conscience, as a nation.” Fine words. But then Evarist Bartolo twice voted his confidence in his ex-prime minister.

Edward Scicluna also complained about the ‘kitchen cabinet’ and repeatedly stressed that as Finance Minister he was never consulted about major and corrupt projects but he was used as a rubber stamp. He also said that he did not form part of the ‘inner core’ that influenced Joseph Muscat’s government and bypassed the system. He named Keith Schembri and Konrad Mizzi as being part of the inner core.

Scicluna said he had warned Muscat about Schembri and Mizzi regarding the Panama Papers, but it looks like his advice fell on deaf ears. He stressed that his role in any controversial projects was limited only to allocating funds and ensuring they were budgeted. He also admitted that he would have advised against the Vital Global Healthcare hospitals deal, had he been consulted and his role in the Electrogas power plant project was just providing a bank guarantee at a very late stage. Some Finance Minister, wouldn’t you say?

Silvio Schembri’s responsibility seems limited to the famous vouchers, their publicity and details about their usage. He has been working on the details for weeks and even knows where and how much of the vouchers were used. He addressed press conference after press conference with the vouchers picture as a backdrop, detailing every step. The amount spent and the percentages consumed. You would think that he regards the people as morons who do not understand that he was merely giving them back some of the taxes they had already paid. Sheep, however, tend to believe him as sheep like their shepherd who will skin them for their wool and later kill them for their meat.

Michael Farrugia said he was unaware of this ‘kitchen cabinet’ and if it existed he was not involved. He knew nothing about it, reminding me of the other Manuel from Fawlty Towers: “I know nothing, I know nothing.” Remember that under this minister’s watch Daphne Caruana Galizia was executed through a plan conceived at the OPM. We also became aware of a huge traffic police racket thanks to a whistle-blower. Farrugia was aware of this racket since months before, but he took no action. This gentleman told the Board of Inquiry that he thought (you better believe it) that Konrad Mizzi, the most corrupt politician this rock has ever had, was politically naive for asking his crooked accountants to open offshore accounts the day after he took his oath of office.

Owen Bonnici as Minister for Justice, was found guilty of breaching the Constitution but did not resign as he claimed that he had done so to ‘foster unity’. During the past weeks he was busy trying to conceive some workable proposals to live up to his promise that schools open on September 28. The half-baked protocols were not announced by him but by health and education officials who had to face the flak. This was not the sort of media opportunity Owen Bonnici enjoys so he handed it over to smaller fry.

Minister for Justice Edward Zammit Lewis went out to dinner with Yorgen Fenech in 2019 when he might have known and should have thought he may be connected to the assassination of Daphne Caruana Galizia. Europol has a cache of thousands of WhatsApp messages between Yorgen Fenech and Joseph Muscat’s cabinet ministers. This will all be presented in court next month. It is known that Zammit Lewis had no less than 700 messages with Fenech. We have to wait a few weeks to see what the messages said. It is doubtful you can discuss the weather in 700 messages.

Not to be outdone, Robert Abela, the prime of ministers, last week again put his foot in it when he gave a “one-time-only” deadline extension for the completion of the Daphne Caruana Galizia inquiry. He wanted all to know that he reigns supreme, that all decisions are his to take, that he is the new macho emperor. No such deadlines to the inquiries investigating Konrad Mizzi, Adrian Hillman, Keith Schembri and many others. He hopes that eventually those will be forgotten. Pieter Omtzigt squarely told Robert Abela not to interfere in the independent inquiry.

Repubblika reminded Robert Abela of the public’s anger at the arrogance of Joseph Muscat, which led the “downfall of his disgraced predecessor.” “Let that be a lesson learnt,” it advised, adding that the search for truth must not and will not be constrained.