Joseph Muscat let rip into US-based financial crime blogger Kenneth Rijock today calling him a “fraudster” after the American was a bit more specific on the cross-border investigations he had been saying were being conducted into the former prime minister’s affairs. Kenneth Rijock reported the Italians were investigating Joseph Muscat. Joseph Muscat said they weren’t.

He said, she said? Not so much. I’m not here to vouch for Kenneth Rijock. His sources are his own. But unlike Joseph Muscat, I’m not surprised at his interest into Joseph Muscat. In the last 3 years I’ve met many journalists interested in Joseph Muscat, and it was mostly because they were dying for the opportunity to slap him. If you’re a financial crime blogger, there aren’t many more interesting candidates for your writings than our very own former prime minister.

On the other hand, I’ve seen Joseph Muscat call people “fraudsters” before today and I’ve learnt to take Joseph Muscat’s opinions of other people with extreme caution.

There’s that classic clip of the then prime minister, seething with white fury in the parliamentary chamber telling Simon Busuttil that he would eventually reveal stuff about the former PN leader that would exile him from Malta for good. He called him a “fraudster”. Needless to say, it was all bluff, a defence mechanism that Joseph Muscat resorted to like a cornered rat resorts to his fangs.

That day news had broken that Chris Cardona had lied about not knowing Alfred Degiorgio. He was exposed for partying with the alleged assassin of Daphne Caruana Galizia at a poolside bachelor’s party. It wasn’t a good day for Joseph Muscat’s government and he needed someone to blame.

In today’s post he recalled someone else he had called a fraudster. Actually, he had called Maria Efimova a spy and double agent for Vladimir Putin as well. All that was bullshit. He repeated his line today that she falsified signatures in evidence, something which was supposed to have been proven in the records of the Egrant inquiry. But weren’t. If any signatures were forged, that happened elsewhere. Here’s looking at you, Karl Cini.

Maria Efimova on the other hand brought down Pilatus Bank, the laundry for sundry tyrants, dictators and high-powered crooks, plus Keith Schembri. Good work for a “fraudster”.

If you don’t mind very much a little uninvited advice Joseph Muscat, I would tone down the haughty indignation if I were you.

Joseph Muscat used just the same righteous tone throughout these last 7 years of scandal. Today he said Kenneth Rijock knows nothing about financial investigations. He told us all the same thing when we thought it was not right that Keith Schembri held off-shore companies in Panama, the British Virgin Islands and a dozen other coconut islands around the world.

“You stupid nazzjonalisti,” he told us in that tone used by Rene Artois from Allo! Allo! whenever his wife caught him with his tongue stuck down the throat of some cocktail waitress. “Don’t you see that it’s perfectly normal for a businessman to have many offshore companies in secretive jurisdictions?”

It’s called gaslighting and we’ve all been privileged to be served some of that by Joseph Muscat. Kenneth Rijock, get in line.

It still amazes me though that whilst he claims that no financial investigator would go and tell “third parties” they are investigating someone, Joseph Muscat expects us to ignore the logical inference that the investigators wouldn’t tell Joseph Muscat they were looking into him either. If Kenneth Rijock is not supposed to know, Joseph Muscat even less so.

Joseph Muscat insists he’s had no transactions in Italy. We wonder. Wasn’t Italy where he was setting up his big football business which he announced on his last day as prime minister last January? The business looked fishy from the get go. It wouldn’t surprise me if the Italians would look to see what Joseph Muscat was up to. Frankly, with all they’d seen and heard from Joseph Muscat’s premiership, if he were to use a 5 euro note to buy postcards and some stamps, they’d do well to consider that a suspicious transaction.

Joseph Muscat is on record, repeatedly assuring everyone the Panama Papers found nothing wrong. The day Keith Schembri resigned, minutes before he was cuffed and dragged to the interrogation room to give questions about a murder, Joseph Muscat said he was grateful to his now ex-right-hand man.

After all that, shouldn’t Joseph Muscat consider being a bit more circumspect about protesting indignation about suspicions on his conduct? After all, this is the week his chief of staff has had all his assets frozen because of alleged wrongdoing while serving in his office.

And the wrongdoing has not just been discovered, mind you. The wrongdoing was exposed in 2017 when Joseph Muscat was using the same tone he now addresses to Kenneth Rijock, then in respect of Daphne Caruana Galizia and Simon Busuttil. He said they were fantasists, that they were lying about him and his chief of staff. He said, they said? After the credit cards of Keith Schembri’s wife, daughters, parents, accountants, business partners, auditors, their dogs, canaries and attic mice were shuttered, nobody still thinks so.

That teaches us that Joseph Muscat would not mind vehemently denying what he knows to be true, and he will not hesitate to shoot the messenger in the process.

On the other hand, if Kenneth Rijock is right, time will tell us if the investigations into Joseph Muscat that may or may not be going on in Italy or elsewhere lead to more legal troubles for our former prime minister. Interesting, but in the grand scheme of things immaterial. Because our first port of call is our own republic and the account Joseph Muscat has yet to give it. Our gullibility is beside the point, Joseph Muscat. What matters here is that the laws of this land apply without fear of your shrivelled mug.

It’s bad enough Joseph Muscat habitually reminds us how he holds all of us in contempt, how he does not feel a shred of contrition in spite of his forced resignation, how he enjoys his expensive holidays in Italy in spite of all we know. (Incidentally, if he’s paying his bills in Italy has he wondered if the Italians think the money he’s spending there is from proceeds of crime?) All that is bad enough. 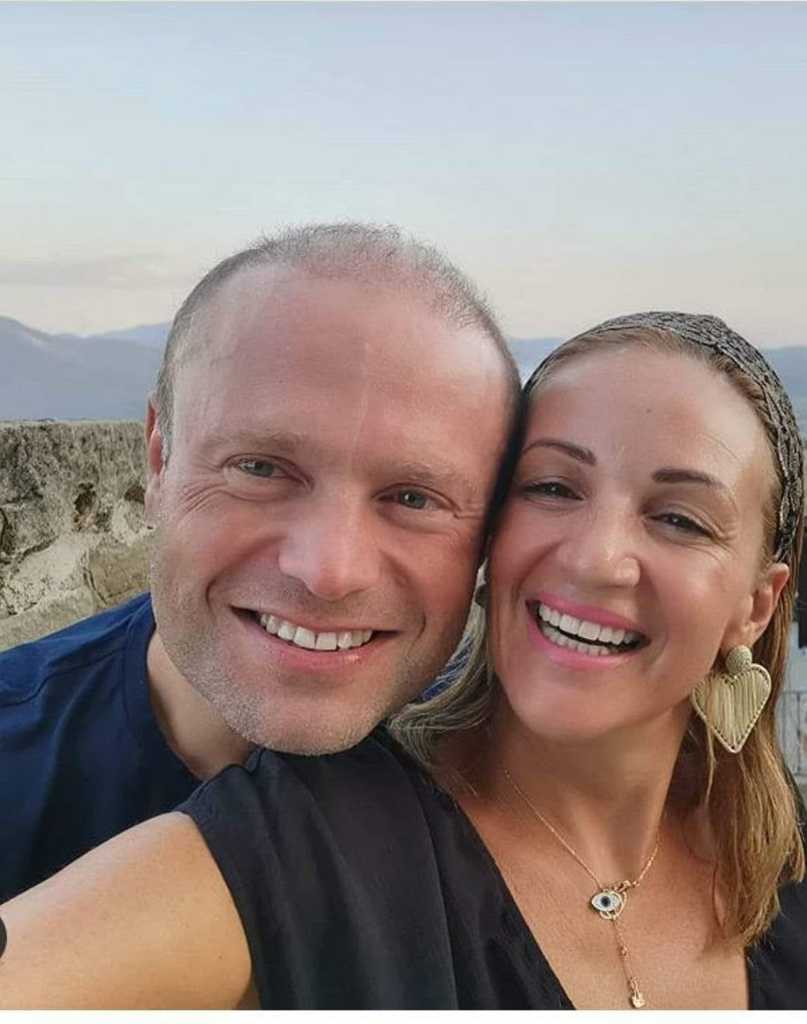 But can you have the basic decency of getting down from that zombified horse of indignation you’re still riding and realise that after all the lies you’ve been caught in, all the crime that you’ve covered up that has been exposed, no one wants to hear you protest your innocence while you scrub the blood stains off your shirt?