GUEST POST: Mr Prime Minister, shall we blame Metsola and Casa for this too? 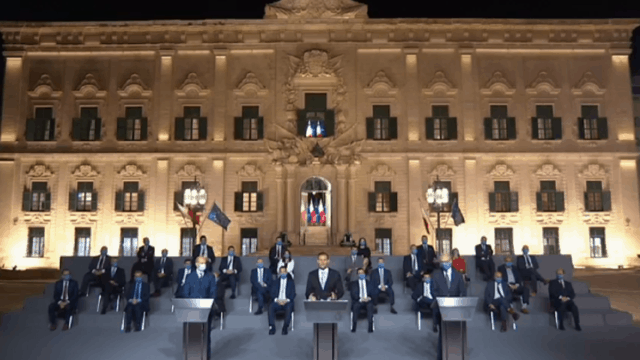 According to Ernst and Young (Malta)’s foreign investment attractiveness survey, published last Tuesday, the lack of stability in the political environment has gone from once being a leading factor in drawing investors to the island, to now being viewed as a drawback. Malta’s attractiveness to foreign investors is at its lowest-ever level since data started being collected.

The EY report gauged investors’ ideas on the overall attractiveness of the island, the impact of the covid-19 crisis, strengths and weaknesses, and companies’ plans to retain a presence on the island. The results were presented during a week-long virtual event headlined Malta Future Realised 2020.

Up to the time of writing, Prime Minister Robert Abela has been silent, but we cannot rule out that in the coming hours or days he will launch yet another scathing attack on PN MEPs Roberta Metsola and David Casa for diminishing Malta’s attractiveness to foreign investors with their heinous works at the European Parliament. It will be a lament by a man who defends his country from the double agent MEPs. Robert Abela is not happy at all with the nomination of Metsola as a vice-president of the European Parliament. Expect the worst from our premier. But please, Robert think twice before you put your foot in it once again.

The survey found the share of investors who envisage to pack and leave the country increased by six percentage points. Malta’s social climate is still seen favourably by foreign investors, but its perceived attractiveness slid by 11. It is now the third most cited attractive factor about Malta by foreign investors. Malta’s telecommunications infrastructure in second place, and corporate tax rates the leading factor in Malta’s attractiveness.

On the other end, the stability and transparency of the political, legal, and regulatory environment, which was Malta’s second most attractive parameter five years ago, are now bottom of the list, reflecting a growing sense by investors that Malta must tackle good governance and reputation issues. The forthcoming Moneyval evaluation also concerned many investors. And it will scare more if it is a negative one. As in previous years, Malta’s research, development and innovation environment, as well as its transport and logistics infrastructure, continued to score poorly.

Malta’s long-standing priority, education and skills, is now in second place after several years ranking first. Another new inclusion, strengthening institutions, enforcement and monitoring, is in third place. Almost all investors, 94%, indicated that, as part of its COVID-19 reboot strategy, the government should prioritise environmentally sustainable practices.

The majority of respondents said they find Malta to be an attractive destination for foreign direct investment. Yet, at 62%, this figure is the lowest the survey has ever registered. The number of investors who said Malta is not attractive now comprises a quarter of total respondents.

In his address to the conference, Ronald Attard, EY Malta managing partner stated that foreign investors have clearly underlined the country’s need to prioritise tangible reforms that lead to increased trust based on good governance. “This year’s findings are crucial as we overcome the short-term covid-19 challenges and begin our strategic quest to look beyond. Our weaknesses are not set in stone. If reputation and governance deficiencies are robustly addressed, the stability of our political, legal, and regulatory environment can once again move up our attractiveness scoreboard.”

Attard asked: “Is it time to reflect and consider a new economic model? One less based on numbers – not just GDP, which EY first raised two years back, but others too – number of cars, tourists, permits, or property sales. A model that focuses more on well-being and the quality of life of our residents. An economic model where the benefits of an attractive tax system are eclipsed by the strength of our talent pool, digital infrastructure, innovation, environment, quality of life and social fabric.”

“Malta should look towards growing digital technology sectors such as health, education, e-commerce, and digital logistics solutions when considering where to focus. There may also be an opportunity to develop a plan for Gozo that is centred around sustainability and eco-tourism, while the marine economy could be a focal point for research activities, given that we are an island nation.”

Bernard Grech, leader of the Nationalist Party and the Opposition, remarked that this reality cannot be overcome with nice but meaningless buzz words, nor with bombastic statements. “The number of people saying that Malta is not a good destination for investment has grown, and the factors that made our country most attractive five years ago, transparency and a strong political and legal framework, are now at the bottom of the list.”

And this is a situation that was brought by Robert Abela’s predecessor, Joseph Muscat, who won the award for the most corrupt politician in the world in 2019. This, said Bernard Grech, is the result of years of leadership that has allowed for impunity, laxity, lack of good governance. During these years, Robert Abela was a consultant to the cabinet, which he regularly attended.

So Robert Abela, the onus is on you now. You have to make things right. Forget ‘continuity’. You must grab the bull by its horns, act now to restore Malta’s reputation which during Joseph Muscat’s regime was thrown down filthy and putrid sewers. You need to take action and forget pointing fingers at people. This is the work that only you and your cabinet of ministers should embark on, and drop the false accusations and mud-slinging. It will not get Malta’s reputation back. So start tomorrow, the day after could be too late.