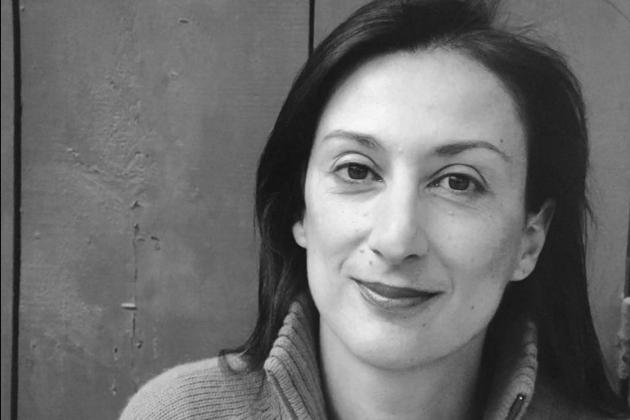 “A week is a long time in politics.” The quotation is attributed to Harold Wilson, and was probably first said at a lobby briefing for journalists at the time of the sterling crisis in 1964. Interestingly, as Nigel Rees writes in Brewer’s Quotations records, Wilson himself, when asked just after his retirement as Prime Minister in 1977, could not pinpoint the precise occasion when he first used the words. The British Liberal politician Joseph Chamberlain is recorded in 1886 as having said: “In politics, there is no use in looking beyond the next fortnight.”

Three years ago today at 15.00 Daphne Caruana Galizia, the blogger and anti-corruption activist reported on government corruption, nepotism and money laundering. Her main target was the corrupt government of Joseph Muscat. She was executed while driving close to her home in Bidnija when a car bomb placed in her leased car exploded, killing her instantly. The blast occurred on Bidnija Road, and left the vehicle scattered in several pieces across nearby fields.

Her blog ‘Running Commentary’ consisted of investigative reporting leading to a series of legal battles. In 2016 and 2017, she revealed controversially sensitive information and allegations relating to Maltese politicians and high government officials and the Panama Papers scandal.

Her son Matthew was the first on the scene. He hoped he could save his mother but to no avail. His telling of the scene is heart breaking. The news spread all around the world within minutes. Malta, again for the wrong reasons, hit the global news. Reporters and journalists from all over the world flew in to report on the latest shocking news of this corrupt island in the Mediterranean.

Three men were arrested two months later. They are alleged to be merely the executioners. What the world was asking for was for the police to find the mastermind or minds behind the assassination. Predictably, Joseph Muscat declared that the murder case was solved and he showered himself with praise.

But the Maltese knew that this was wrong, very wrong. And a few courageous women (labelled as erba’ qtates and even qħab) went to Castille to protest. They called themselves #occupyjustice.

Activists that later formed the NGO that would be called Repubblika started organising protests, vigils at Daphne’s memorial and lighting candles and placing flowers every day after Owen Bonnici cleaned the memorial every single night. His mission, although self-declaredly noble – to bring unity – was foiled by the Constitutional Court which declared that he was in breach of fundamental human rights.

The mounting pressure started yielding results. I witnessed personally the handful growing to hundreds, and then thousands who incessantly roared and demanded justice. That was in mid-2019 and by November that same year Castille began to wobble. Within a few weeks the earthquake promised by the then declared most corrupt person in the world, Joseph Muscat, had commenced with devasting results for Joseph’s regime.

Yorgen Fenech, the millionaire businessman very close to Joseph Muscat, was arrested while trying to escape from Malta. Keith Schembri and Konrad Mizzi resigned soon after. Chris Cardona followed and soon after he and Konrad Mizzi were kicked out of the Labour Party. Soon it was Joseph Muscat’s turn to resign in disgrace. Former police commission Lawrence Cutajar and former assistant commissioner Silvio Valletta were kicked out. Later Attorney General Peter Grech quit the scene. The government was collapsing.

The evidence coming out of the Daphne Caruana Galizia public inquiry and compilation of evidence against Yorgen Fenech is shocking the whole nation, except the usual Labour trolls who are still defending their master. The collusion between corrupt politicians and high government officials including the police and the underworld has been perceived by all. The sleaze at the core of Joseph Muscat’s government makes one retch.

Robert Abela, Joseph’s successor is trying hard to stifle the flame which has now become a roaring fire. He is trying to be macho, now giving the an ultimatum to shut down, or else. Dream on, Robert. Now that we have come so close, don’t let it even cross your mind to hinder justice. It took three whole years to uncover the truth and we will not rest until all those involved face justice for what they have done or for what they did not do.

Three long years which flashed by speedily with the resolve of the masses. No one should be allowed to escape their dues. A wife, a daughter and a mother fought to the death to give us the truth. It would be unfair for her travails to be lost to the benefit of the criminal and corrupt few.

Today we salute Malta’s heroine, a martyr who gave up her life so that Malta is freed of corruption and liberated from thieving politicians, who chose not to give a service to their country but to fatten their pockets, to be seen as kings rather than servants to the nation.

Justice has to be served. Without distinction.