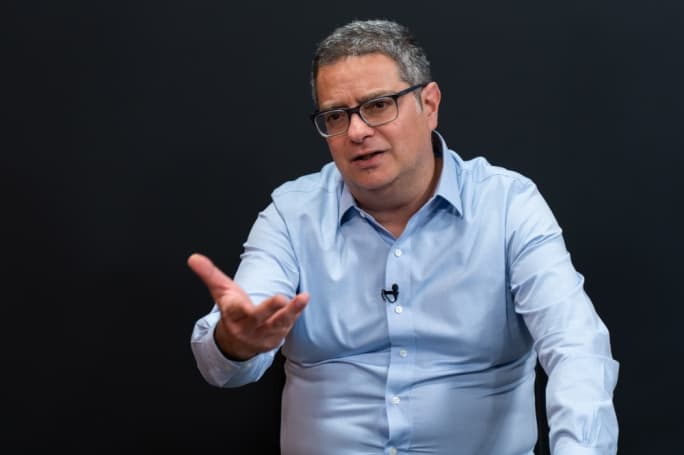 Adrian Delia expressed no surprise. They both went along with the wrongful assumption and proceeded to bash the journalist.

I can fix that for them.

Adrian Delia should resign. That’s not because he lost the leadership election. It’s because he is now reported to be refusing a job in Bernard Grech’s opposition team. If he doesn’t want to do any work, he should stop hogging a precious parliamentary seat for his personal vendettas.

He was reported to have told Bernard Grech that he’d rather stay on the back bench, without an actual job, saying this was “the Westminster model”. Adrian Delia couldn’t recognise the Westminster model if it wore a kilt and danced the ceilidh while its dangling testicles tickled his nose. As Mark Fenech pointed out in this Facebook post, in living memory William Hague moved from leader of opposition to shadow foreign minister without any fuss. It was not beneath his dignity to do a smaller job better.

But of course the supreme irony is that Adrian Delia had a former leader in the shadow cabinet he himself led. Simon Busuttil was shadow minister for governance, hired by Adrian Delia, and after one of the more rubbish decisions he took, fired by him as well. 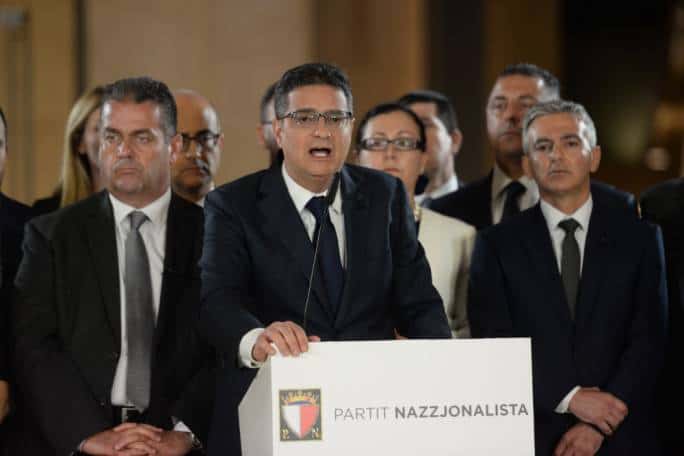 It would be hilarious, if it weren’t tragic.

The point is you have to remember how Adrian Delia got his parliamentary seat in the first place. I normally think that asking people to resign their parliamentary seat is both a waste of time (because no one can make them do it unless they get a prison sentence or are ruled bankrupt by a court) and because in principle MPs are elected directly by the people and therefore only the people should have the prerogative of removing them.

So Jean Pierre Debono resigned for no reason whatsoever, betraying the trust of his electors, assuming they’d be delighted by his decision to make way for Adrian Delia. If that was going to be, in the eyes of anyone, a justification, then it stopped being justified when Adrian Delia was no longer leader of opposition.

Jean Pierre Debono did not give up his seat so that Adrian Delia could twiddle his thumbs on the back bench firing pot shots at his pet hates on his own side of the chamber. The voters of the 7th district were not betrayed for this.

I suppose you can tell that I find ‘co-options’ to parliamentary seats a perversion of democracy. Something very strange is happening in the deep recesses of the Labour Party. When Joseph Muscat resigned – for eminently good reasons and long overdue – he gave up a seat that could have been refilled with his voters’ next preference. That’s that other quirk in our system where we have a “casual election” by reopening the ballots cast at the last election to find out who would be next in line.

There are perfectly eligible candidates on that ballot sheet and one of them is the pick of an electoral will, although admittedly, after all that has happened since June 2017, it’s a bit of a time capsule. But it’s a legitimate choice which will not be respected because, reportedly, the Labour Party has put pressure on its eligible candidates to back out from the race so that the Labour Party can co-opt an MP that never even contested the election in the first place. 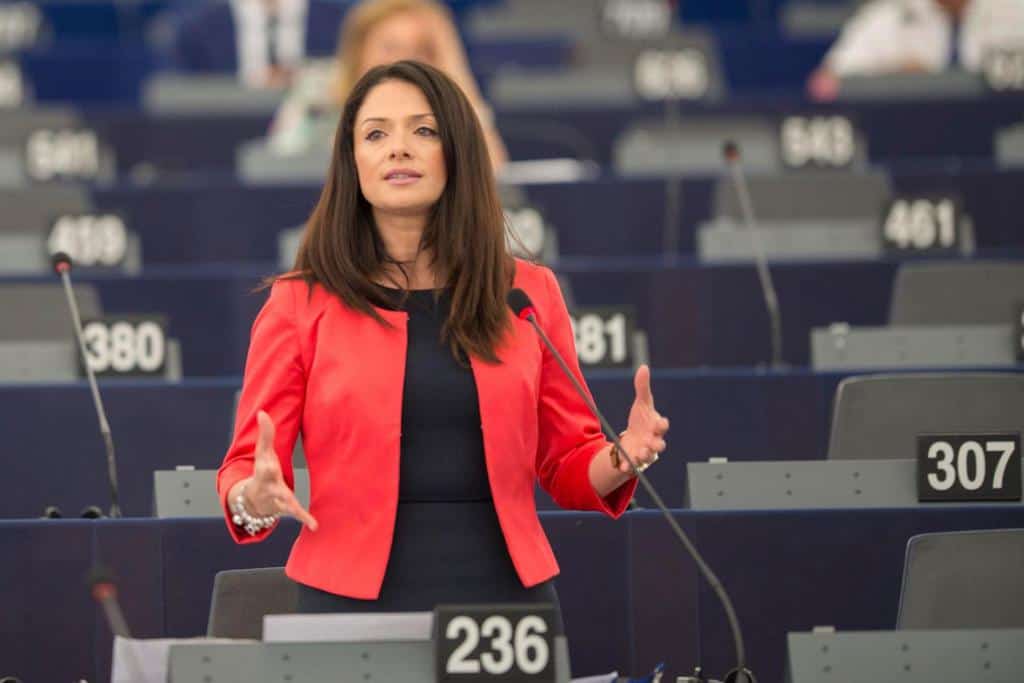 How’s that for unfair? As unfairness tends to create annoyance, fissures are emerging in the Labour Parliamentary group that has been as cohesive as curdled milk since the fall of Joseph Muscat. Etienne Grech resigned from parliament just hours after the closing date for applications by eligible candidates to fill Joseph Muscat’s seat. That is not an insignificant timing.

Etienne Grech himself was elected by “casual election” after Chris Fearne gave up his 4th district seat having been elected from 2 electoral districts. That’s another perversion of our system where candidates are allowed to try their luck in two constituencies, giving their parties the prerogative of which constituency to let down when both return the candidate to parliament. When an MP that has been elected by casual election resigns, their replacement is co-opted by their party without another casual election. Because that would be ridiculous. 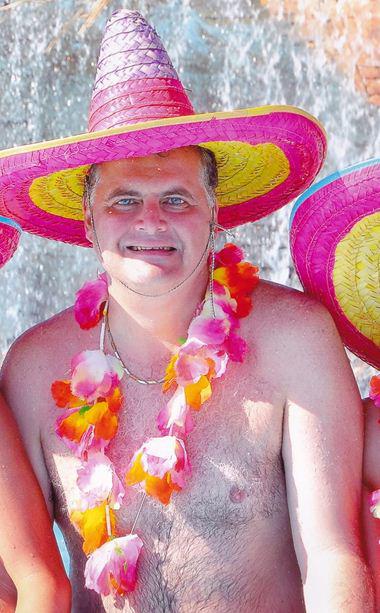 So this means that if Etienne Grech spoke up sooner about his intention to resign, his party could have brought Miriam Dalli to replace him, whilst the poor sod who was next in line to replace Joseph Muscat would still get a shot. It’s hard to tell whose back Etienne Grech wanted to stick a knife in, but many are bleeding.

Even more ironically, Justyne Caruana, the former minister who resigned when she found out her bent cop husband was Yorgen Fenech’s bitch, also seems intent on quitting the back-benches. 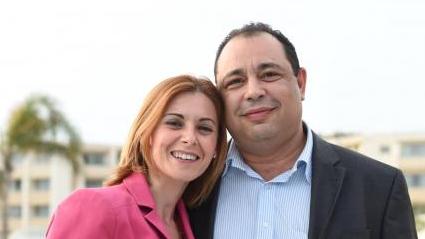 I think you get my drift. The maxim is that MPs are chosen by the people and yet from the very first day after an election political parties get to play around with that choice. They pick which districts will get casual elections and which will not. They restrain candidates for casual elections if the party wants none of them to be elected. They pick co-opted candidates even if – like Bernard Grech and Miriam Dalli – they never even face the electorate at all.

I think casual elections and co-options should be abolished. I think candidates should only be eligible to offer themselves in one constituency. I think voters should have a right to recall an MP they want to fire without waiting for the general election, by raising enough signatures in their constituency to force a by-election. And I think when an MP vacates a set, their replacement is chosen by a proper ballot in their former constituency.

Out of this set of proposals, the right to recall is not from the Westminster model. Recalls in the UK are limited to dismissal because of major crimes punishable in prison. But recall by petition does exist in British Columbia, Canada and other Westminster-inspired jurisdictions (Alberta and Nova Scotia in Canada and New Zealand) are considering the adoption of the model.

But the rest of these ideas are lifted straight out of Westminster pure and simple. And if we followed the Westminster model properly Adrian Delia, he who glided into parliament when Jean Pierre Debono opened a hatch in the roof for him, would never have been an MP in the first place. Let alone one who now wants to refuse to do any work and prefers instead to stay in the back heckling, completing his five year mission of being an utterly pointless waste of time.