The leopard who changed his spots 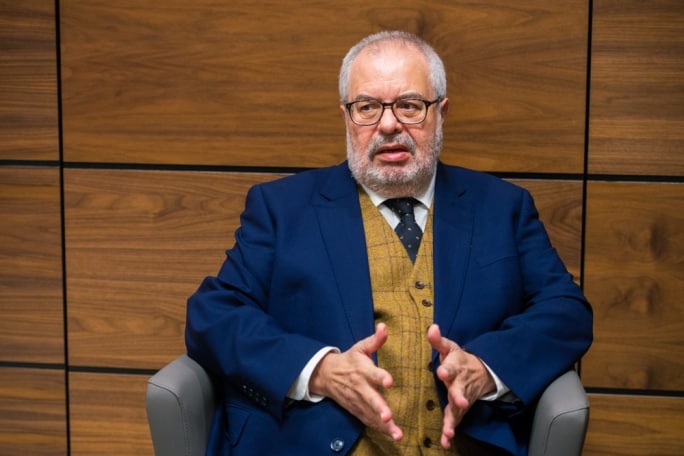 Mario Vella has just extended his time on the public payroll by hopping onto another iced bun. He started out as boss at the foreign investment agency. They then gave him the headship of the central bank until they needed the spot to give Edward Scicluna an Irish promotion.

Mario Vella is now “special envoy” for trade relations with the UK, a position which requires technical knowledge of customs laws and procedures, an arcane familiarity with fiscal esoterica, and an instinct for solving problems and transforming them into commercial opportunities.

Someone, somewhere, thinks Mario Vella is that guy, though I suspect Carlos Zarb, who is languishing at the governorship of Finance Malta, could make a better candidate for the post.

Mario Vella: the post-Brexit bridge-builder, the liberator from the constraints of fiscal obscurity, the enabler of business deals.

Consider this extract from the memoirs of free-thinking communist Giuseppi Schembri Bonaci. In an essay he published he said that Mario Vella’s Stalinist-purges of communists who were insufficiently slavish to Soviet dogma pushed him out of politics for good.

“Mario Vella became a prominent figure in Malta’s Communist Party,” says Giuseppi Schembri Bonaci, “before he left the Communists to join and eventual become President of the Labour Party.”

“Mario Vella created what I would call a (comical) Interrogating Committee,” says the author, “that luckily for me had a determining impact on my decision to resign from the Communist Party and eventually quit politics altogether.”

What did this Interrogating Committee do? The author recalls it met in the offices of the youth wing of the Communist Party in Old Bakery Street. In his case, Mario Vella’s interrogators charged Giuseppi Schembri Bonaci with having an anti-Soviet attitude even while he studied within the USSR.

You’d have to wonder what Mario Vella the closet capitalist pursuivant would have made of his six figure salary on the public payroll now. Would that have been ideologically kosher?

Mario Vella’s pedigree is positively iron curtain. He studied in Communist East Berlin where the most skilled interrogators of the Warsaw Pact countries were trained to squeeze out all forms of disloyal sentiments.

Does one ever grow out of such an evil streak? Most former communist countries prefer to stay safe and have banned from any public job people who worked or operated in ideological police psych-torture chambers.

BugM spotted a recent post by Alfred Sant revisiting the years of Karmenu Mifsud Bonnici’s premiership and demanding that we also revisit those years and admire them for their neglected heroism.

Here’s the interesting part. Many Maltese were duped into voting for @JosephMuscat_JM believing @PL_Malta would not take Malta back to the corrupt & violent 80s.

Now that it has, will Maltese stand by and watch the 80s be whitewashed from the history books and their memory? pic.twitter.com/mwYU3tWccN

That’s when people killed in police custody were tossed off bridges in the dead of night, when churches and offices of the church were ransacked while the police watched, when protesting students were beaten by thugs protected by the police – the thugs, not the students, when thousands were recruited in the public service to do nothing within a space of a few weeks, when the opposition party was banned from meeting in villages deemed to be the exclusive territory of the ruling party and the ban was enforced with police beatings, when Sundays were marked with shootings in the general direction of opposition party clubs until someone inside was killed by a stray bullet.

When Mario Vella is made special envoy for our trade deals with the UK, the kangaroo courts of the communist youth wing have been officialised as a national way of life. It’s not like Mario Vella has ever publicly rejected Stalinism or his personal role in enforcing slavish loyalty to the USSR.

Previous:Il-Koħħu may be cooperating with the authorities
Next:Note to Bernard Grech: if resignations were enough, Joseph Muscat could retire in peace. They’re not enough.