Why have two magistrates refused to hear the case against Yorgen Fenech’s errand boys? 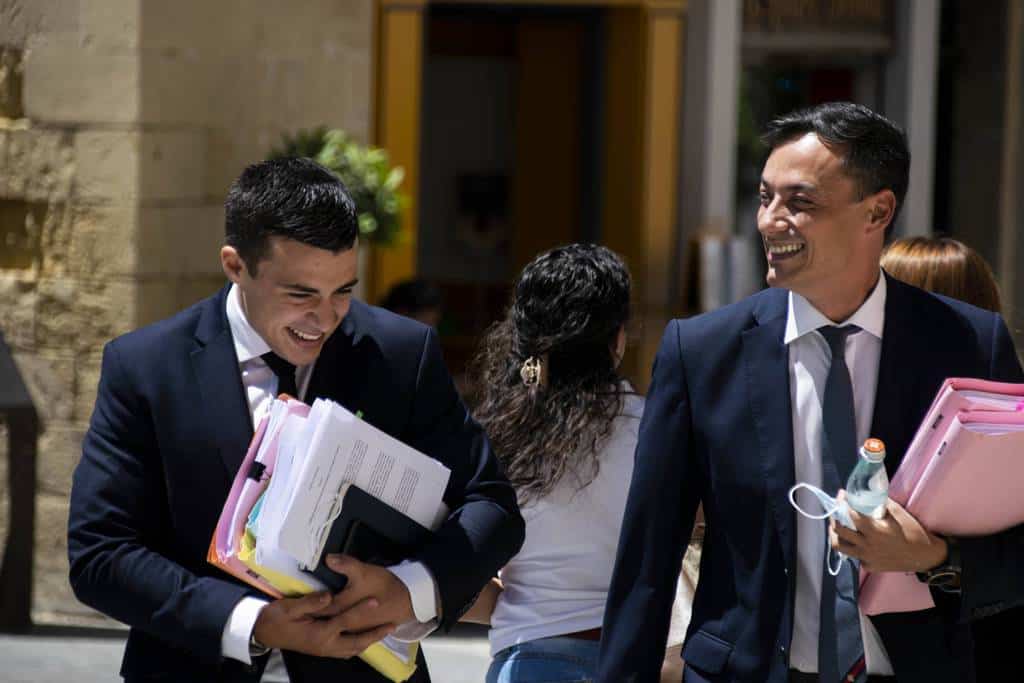 Newsbook reported that the chief justice has to handpick a magistrate to hear the police’s case against lawyers Gianluca Caruana Curran and Charles Mercieca for trying to bribe Times of Malta’s Ivan Martin.

That means two magistrates must have already dodged the duty to try the case.

Admittedly it’s awkward for a magistrate to try lawyers that practice in court.

And admittedly these lawyers fit in a very complex context. They both have friends in high places.

And they’re representing Yorgen Fenech, who is innocent until proven guilty, and who denies any wrongdoing, and who has not yet been convicted of any crime, but who would be described anywhere else as a mafia don.

And admittedly the specific crime the two lawyers are being charged with is one they were allegedly perpetrating as agents of that mafia don. Not as his lawyers, mind you. Even Yorgen Fenech is perfectly entitled to representation in court. It’s their extracurricular activities that this case is about.

But neither professional awkwardness, nor favour for politically connected lawyers, nor fear of the mafia are good reasons for a magistrate to recuse themselves from a case. Magistrates are paid to hear the cases brought to them without fear or favour.

Which of these boxes have two – not one, but two – magistrates ticked so as not to hear the police’s case against Gianluca Caruana Curran and Charles Mercieca?

I’m almost certain there is some procedure written somewhere that entitles the judiciary to keep the answer to that question secret. Because you see, justice must be seen to be done. Even on Mafiosi who deny any and all wrongdoing. And even on their errand boy lawyers.

Previous:Abolish the statute of limitations for crimes against children
Next:Pierre