Abolish the statute of limitations for crimes against children 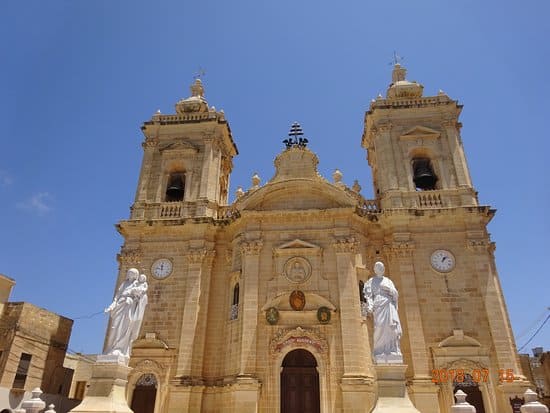 In August 2018, this website reported the church had suspended a senior Gozitan cleric from the priesthood after “credible” allegations emerged that up to 16 years previously he had groomed and sexually abused a child for several years.

That was the case of Eucharist Sultana who was archpriest in Xagħra for several years and who testified last week in the police’s case against another priest, Joseph Sultana (no relation, apparently), accused of molesting another child.

The police told Times of Malta and Lovin Malta they had looked into the case when they became aware of it in 2018 but dropped the matter when they realised they could not prosecute Eucharist Sultana because the statute of limitations had expired.

The statute of limitations sets the deadline for pressing criminal charges against someone believed to have committed a crime.

The statute of limitations for sex crimes in Malta is up to 15 years. ‘Sex crimes’ is a broad term so this is a bit of a broad-brush stroke. There are sexual offences that can be perpetrated against children that harm them for life but are punishable by lower sentences and therefore have a shorter time limit for prosecution.

The descriptions of the sufferings of Eucharist Sultana’s victim put this case potentially in the category that is punishable by up to 12 years in prison which puts it in the 15-year statute of limitations time frame.

Now the irony of this case is that, as this website reported in 2018, senior clerics of the Gozo Curia had known of the accusations against Eucharist Sultana for at least two years before Malta’s Archbishop Charles Scicluna got wind of it and the case went to the police.

This website reported in 2018 that when two years earlier – in 2016, when the statute of limitations on child sex abuse accusations had not yet expired – Eucharist Sultana was confronted by the allegation of child sex abuse, he asked a colleague of his in the senior Gozitan clergy to seek to mediate with the victim and ensure his silence.

Another Gozitan senior cleric was also informed of the alleged abuse.

No action was taken by the Gozo Curia in spite of the fact that two senior clerics were made aware of the alleged abuse and the implied admission by Eucharist Sultana when he did not refute the allegations confronting him in a legal letter and responded instead with an effort to negotiate silence.

This website is informed that during the two years (2016-2018) after Eucharist Sultana had been confronted with these allegations from his past he relocated to Malta where for some time he lived in an orphanage run by the Church. During some of that time, the police could have filed charges against him.

But you cannot sue for damages on an allegation over which the statute of limitations has expired.

This is grossly unfair. It may take years even for adult victims of sexual abuse to realise what has happened to them, to overcome the shame and the guilt they feel, to put the affection and awe they may have felt for their abuser in the perspective of how that affection was repaid by abuse, of agreeing to reopen old wounds by retelling the story. Imagine what it would take someone who was abused as a child by a person they trusted and admired and saw in them the figure of God himself.

The statute of limitations of crimes against children should be abolished. There should not be a time limit for a person to come to terms with the pain they were made to suffer throughout their life because they were violated at a time in their life when they were too vulnerable to even realise what was happening to them.

There will be objections in principle to the notion of abolishing altogether the statute of limitations. Statutes of limitations exist to charge people within a time frame when innocent people can prove their innocence. The limits help prevent wrongful convictions and, as the saying goes, better to let ten guilty people go free than make an innocent person suffer unjustly.

True. There are other perhaps less radical options we could consider.

Germany has revised its criminal code so that the 20-year time limit starts ticking from the victim’s 30th birthday. So a victim can by up to 50 years old before the police can act on a complaint they file about the abuse they suffered as children.

That may not be enough. A ChildUSA study shows that the average age for a victim of child sex abuse to report what they had suffered as children is 52 years old. Between a quarter and third of all victims take their secret to the grave.

Campaigners in the USA that fail to persuade some states to abolish statutes of limitations in cases like these are often more successful in pushing for legislation to separate the limitation on criminal prosecution from the right of the victim to sue for damages.

Vermont and Guam are best practice jurisdictions that have a permanently open window for civil suits against abusers. California, Delaware, Hawaii, Jersey and New York opened a two-year window to allow victims to speak up and act against abusers from their past.

Back to our case. The 15-year limitation was an incentive for Eucharist Sultana to play for time to dodge criminal prosecution. It would be a big charge to suggest his church may have been influenced by the incentive of covering up the matter for a couple of years to avoid being sued by the victim. But given the specific circumstances of this case, it is far from beyond the realm of possibility.

What this case has done is more than protect a single predator. It reminded other predators what precautions they might take in order to avoid consequences in the distant future. They need to go for younger victims so that it would take longer for them to be strong enough to speak up. When they do speak up they need to play for time negotiating with their victims, appeal to their pity, revive the fear they inflicted on them, apply pressure on their families and their neighbours. Note how Joseph Sultana (Eucharist Sultana’s seminary buddy) used the same Sultana method of writing to his victim to persuade him to drop his complaint.

Reforming the statute of limitations in crimes against children will help to expose previously unknown predators to the public, shielding other children from future abuse. Allowing victims to sue their abusers, in the case of priest-abusers, to also sue the church that enabled them, would shift the cost of abuse from the victims to the perpetrators and their enabling institutions.

The silent victims reading this at home, recalling the scars they carried all their lives, know they must do something to stop more children being silently hurt behind the same walls that covered up the sort of abuse they had themselves suffered decades ago.

It is our responsibility as a community to remember, children first.