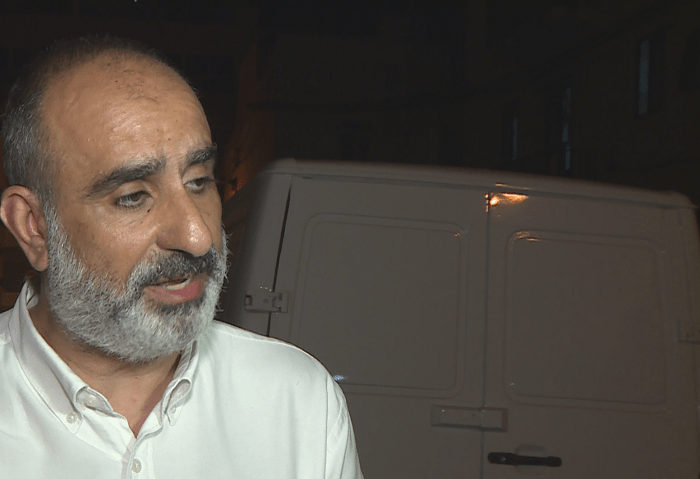 Pierre Portelli and I were buddies at university. He’s a bit older than I am. He joined the communications program as a mature student. We shared an interest in horror movies and politics and you know, at some point in one’s life that’s enough to go watch movies and have meaning-of-life conversation into the wee hours.

I’m talking 1994, which my children imagine is so long ago, life was in black and white. In a sense it was.

He introduced me to the Nationalist Party and thanks to his referral I wrote my first ever series of newspaper articles on in-Nazzjon, which was slightly less irrelevant then than it is today.

I introduced him to a mock European Parliament competition and we won a prize trip to Belgium and France.

Our paths parted after two years of college but those are times you don’t ever forget.

That’s why I feel angrier at him than I otherwise probably would have been if the mounting revelations on his relationship with Yorgen Fenech would have concerned someone else.

This is not just about being friendly with Yorgen Fenech. This is about being given the keys of decision and policy-making at the Nationalist Party, running its media network and determining its editorial line, making its leader and managing his decisions, and wielding the power of one of only two significant political legacies on the island. And while you’re doing all that you keep up a relationship with Yorgen Fenech.

And it’s not just because it is Yorgen Fenech. It’s Yorgen Fenech at the time when that metal-chewing, horse-manure-stomping, casino tycoon was trying to live down the revelation that he owned 17 Black and that therefore he had been the guy with the metaphorical brown envelope that Daphne Caruana Galizia had discovered in Keith Schembri’s and Konrad Mizzi’s literal setup in Panama.

And she hadn’t simply exposed that brown envelope and lived to tell the tale. She had just been killed by car bomb.

The angriest moment for me in Pierre Portelli’s Tasmanian Devil sojourn at the summit of the Nationalist Party was when he testified in a case I filed against the PN after Net TV lied about how I had reported Adrian Delia’s connections to the first company licensed to handle cannabis. Eventually, I won that case and the PN paid me the compensation that was ordered by the court.

But Net TV’s lying and its refusal to give me the opportunity to reply in my own defence was overshadowed by Pierre Portelli’s testimony in that case. It was replete with irrelevant half-truths and outright lies that did nothing to help his party’s defence (in which he showed no interest whatsoever) but exacted the vindictive revenge he was determined to inflict. He knew the effect that would have on Adrian Delia’s support base.

Folded in with “Arriva” and “Zimbabwe”, I still get told by Facebook trolls that I’m a money-grabbing mercenary. That was after Pierre Portelli testified in court he could not “believe” me. He said I had lost all credibility when I accepted his request early on in Adrian Delia’s first leadership campaign to ghost-write some of his campaign material. That was the mercenary bit. The money-grabbing bit came because Pierre Portelli told the court I refused to continue to ghost-write anything for free after the campaign was over.

While he helped me earn the undeserved reputation of a greedy bastard he may have – Keith Schembri has certainly testified to this – been grabbing money from Yorgen Fenech. Who’s the mercenary now?

Of course, it is a bit pathetic to be moaning about being at the wrong end of Pierre Portelli’s hypocrisy stick. So many have. So many times he accused critics of Adrian Delia of conspiring against their leader when it would seem that Yorgen Fenech’s phone shows Pierre Portelli was conspiring against his party’s Parliamentary Group. So many times he accused members of the Parliamentary Group and the executive committee of the PN of leaking information to the press when now it seems he used Yorgen Fenech to plant stories vilifying the MPs he worked for on the opposition’s press.

We’ve known this for a long time of course. Pierre Portelli used the media he controlled to discredit Adrian Delia’s enemies. His newspaper – scratch that, the Nationalist Party’s newspaper – once accused Occupy Justice activists of working with Joseph Muscat to introduce abortion.

I know it’s mad but these lies and demented conspiracies continue to cause harm. Pierre Portelli has faded in self-imposed oblivion but his methods have been taken up by less smart but equally destructive successors.

This sort of damage may still be irreparable. Pierre Portelli says he is living blissfully in voluntary oblivion and will not re-enter “the fray” unless it is to exercise his own rights in court.

I had a conversation like that with him once. It was around 2014. He ran The Malta Independent and I had been living in my own self-imposed oblivion for a year, after the government I was part of lost the election. The new government was making a bit of a mess in the procurement of a new contractor to run the buses and Pierre Portelli called me to ask me to comment. I said I didn’t want to because after all I had my chance to work in government and it was now for the new guys to get a shot. Pierre Portelli told me “it’s payback time” to try to egg me on. But I was more comfortable with my post-political serenity. Voters had made that choice for me.

But it’s different now. Pierre Portelli is not staying silent because of some wish to keep a dignified distance from a job he no longer has. He is staying silent because he is being exposed for having projected on so many people his own wrongdoing. The disloyalty that he branded the Karol Aquilinas, the David Thakes, the Jason Azzopardis of this world (and others) with, was really his.

His loyalty was to his paymasters. His loyalty was to the people he ran errands for and for the people they ran errands for. He shuttled between his office at the PN HQ and Portomaso carrying, allegedly, wads of money in one direction and political favour in the opposite direction. What’s Portomaso? That’s the place where the Electrogas deal was struck. And the 17 Black-Hearnville/Tillgate deal.

What a horror movie life has become.