Evarist, Owen, put on an apron and, for a bloody change, get busy being useful 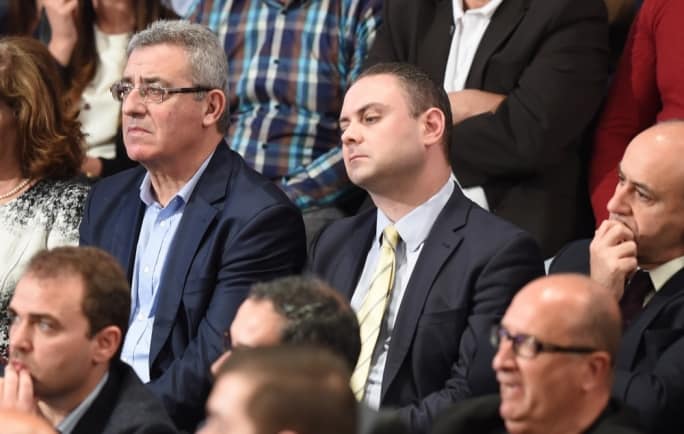 Restaurant owners will have to delay or phase-in their re-opening because they can’t find staff to serve customers. We’re re-opening for tourism at a crucially make or break moment when recovery is urgent and when we need to put on a good show because our competitors are in a similar predicament and will be making a serious effort to charm picky travellers away from us.

Local customers, armed with State-funded vouchers, will come down on restaurant tables like the food is being served for free. From their point of view, it is. Tourists will be stuck outside restaurants as the hungry hoards descend on every table in sight.

This is a recipe for disaster for the tourism industry. Reduced capacity, slower and more haggard service by over-stretched staff, high labour turnover as desperate employers outbid each other in an internecine poaching war, higher labour costs which will need to be compensated with painful cuts in expense on service quality, and a disproportionate occupancy by local customers on a State-funded spree.

There is a serious risk of tourists struggling to be served and getting shoddy service if they’re lucky. Tourists will be travelling back to their countries speaking of experiences of their first holiday abroad in some time and their recommendations could potentially be more beneficial than any money spent on influencers singing the praises of Malta’s Eurovision entry. Their criticism on the other hand, can be more damaging than anything David Casa might say to his friends abroad.

The labour shortage in our tourism industry is not one of those things that happened to us and was ever outside our control. We brought this disaster upon ourselves because our first intuitive reaction to the pandemic was xenophobic and, as it is now turning out to be, self-harming.

Consider this Facebook post by our foreign minister, Evarist Bartolo, from a year and four days ago.

He’s congratulating himself for his ‘success’ at kicking out of the country “foreigners” that lost their jobs because of covid. Many of those people worked in the tourism industry before it faced its slowest summer in 4 decades.

We wouldn’t dream of including those employees in our furlough schemes to bridge them over the tough covid times. The fact they paid taxes and insurance while they lived here was never going to be relevant. “Foreigners” are allowed here if it behoves us. They’re kicked out if they become a “burden”.

Now we live in hope they come back so that the artificially exponential increase in salaries for tourism workers in short supply is reversed down and diluted by what we imagine are the low salary expectations of immigrant workers.

Racism makes for false economy. Populism is the worst way of planning for economic recovery. In the hostile, xenophobic and toxic atmosphere the government created to mobilise support for itself when the pandemic started, it would have been politically impossible to be seen to subsidise “lill-barranin”.

If we had been capable of showing solidarity with people who had, on our invitation in this case, made Malta their home, right now we’d be ready to pull on the same rope and open for the tourism season equipped with loyal and committed human resources proudly selling Malta to its visitors.

Instead, we’re welcoming tourists with our avarice and short-sightedness unmasked. Evarist Bartolo did not have the foresight to expect that we would desperately need the people he discarded. In other words he was worse than useless. He should go wait at tables at il-Fortizza now because someone has to.

It is our right to demand accountability. Since November 2020 we’ve had a new government department dedicated exclusively to plan for recovery after covid. You’d imagine Owen Bonnici in a room full of maps and coloured pencils, interminable Gantt charts, and family-size chess pieces he moves around a big board lit up like the war room Dr Strangelove was allowed to peek into.

I know no one outside Owen Bonnici’s head took that seriously. But we still had to pay him and his staff a big fuck off salary. What are we getting back for that?

We’re supposed to be landing from the pandemic on our feet. Robert Abela has been promising we’d be “running” from before he hired a Minister with the job of buying us new shoes.

Beyond fixing for himself a fluff piece on pages 2, 3 and 4 of every bloody Sunday’s it-Torċa, and putting up billboards on our roads with a blue sky background to the most inconsequential statement in the history of politics – “Research and innovation give us a better future”, duh! – what has Owen Bonnici been doing in all this time?

Clearly, from the point of view of the restaurant industry, among the hardest hit by covid, Owen Bonnici has been worse than useless. He should join Evarist Bartolo, put on an apron, and wash the dishes at some restaurant which would be doing more for the country’s well-being than he’s ever done.