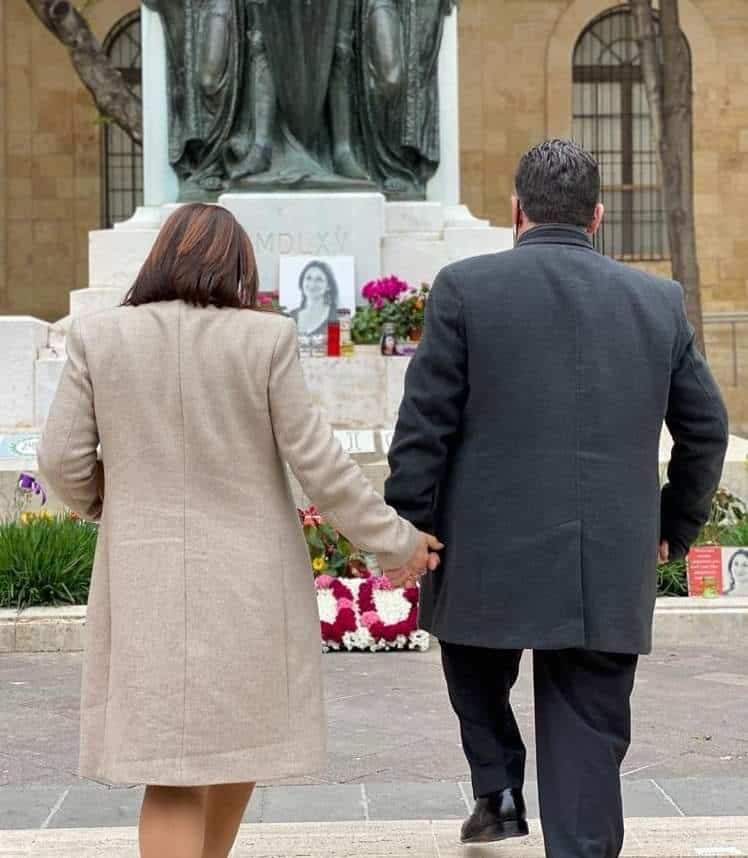 It only took six months for Bernard Grech’s mask to slip.  He is not better than Adrian Delia, maybe not worse, but certainly not better, for yesterday’s dealings with Jason Azzopardi and Adrian Delia was not an exercise in safeguarding the Nationalist Party and democracy in the long run but a short-sighted cynical ploy for self-preservation.

Not content with validating the wart on the the PN that is Adrian Delia to run for election, Bernard Grech has whitewashed his predecessor’s sins against the party he leads. Does Grech really lead the party, though? His favourite expression lately has been ‘Ħadd ma jmexxini minn imnieħri’ (no one leads my by the nose) but recent events amply demonstrate that this is the case. Bernard Grech is terrified of Adrian Delia and his trolls, so he panders to them all in the vain hope that they will vote for the PN come next general election.

How deluded can he be?

So yesterday’s dastardly actions must be viewed through this perspective. Bernard Grech is not interested to fight the government and its corruption because that’s negative. What Bernard Grech wishes is to get more votes than Simon Busuttil in 2017 and thus remain leader of the opposition. How else would you explain everything that has been coming out of Dar Centrali for the past 6 months?

I would go further back.

It is undeniable that the past years have been dominated by the corruption revealed by Daphne Caruana Galizia, her assassination, the investigation, and the inquiries willed by Simon Busuttil, and the public inquiry into the circumstances surrounding Daphne’s killing.

By throwing Jason Azzopardi under the bus, the leader of the opposition has cleanly aligned himself with the Labour Party and the government. Yesterday’s shocking ‘joint’ statement essentially exonerated Adrian Delia and demonised Jason Azzopardi. Bernard Grech canonised Labour’s favourite deputy in the PN and further isolated Labour’s bête noir: practically the only PN deputy that opposes the government’s corruption.

Even worse, Bernard Grech has exposed Jason Azzopardi to attack, not only from Labour trolls but also from New Way trolls. Does it sound familiar? If it does, it’s because it is. By stripping Jason Azzopardi of the party’s protection, Bernard Grech has dismantled the last remaining bastion that gave Jason Azzopardi some solace and respite. He might as well have quit yesterday because his chances of getting support from his leader in the fight against corruption is like the chances of an ice cube in hell.

Bernard Grech doesn’t stand for anything except for himself. At least Adrian Delia had ‘values’ – they were bad, he never hid them. We could see how rotten he was when he presented himself as the new leader. Bernard Grech presents himself as this righteous man, a leader with integrity, but in actual fact he has none: no righteousness, no integrity.

We have all seen the photos of Bernard Grech paying tribute to Daphne Caruana Galizia at Bidnija and the Great Siege Monument in Valletta. That’s for optics. Bernard Grech is all about optics.

Let me put it this way that is easily understood. When has Bernard Grech fought for any one of Daphne Caruana Galizia’s stories lately? (which is not much seeing that he has only been leader for six months). The passport scheme? He supports it. And went ballistic when David Casa and Robert Metsola posted against the scheme on the day that the Passport Papers investigations came out. Maybe because we were reminded what PN politicians with a spine look like?

Panama Papers? He tried to take the credit when Keith Schembri’s assets were frozen, forgetting that Simon Busuttil did the dirty work. Oh, by the way, Bernard Grech threw a hissy fit because Simon Busuttil appeared on L-Erbgħa Fost il-Ġimgħa lately. Why? Maybe because we were reminded what a great leader sounds like?

Adrian Delia? He was Daphne Caruana Galizia’s last story and last warning. What does Bernard Grech do? Defend him and ruin the man who fights for justice for her.

Let me remind Bernard Grech that ‘right and wrong are not a popularity contest’. I am sure he knows what I am referring to.

As for you reading this post and thinking ‘Nooooo, you’ve got it all wrong’, I sympathize. We’ve already gone through the wringer with the last leader. We are still traumatized by those three years of mayhem so we try to rationalize Bernard Grech’s antics to soothe ourselves. Sorry to break it to you, but Bernard Grech is Adrian Delia’s friend and this puts him on the wrong side of the interests of our already very fragile democracy.

Previous:WATCH: Humingration – on the other side of the sea
Next:EPOCH: The Assassination of a Journalist in Serenity