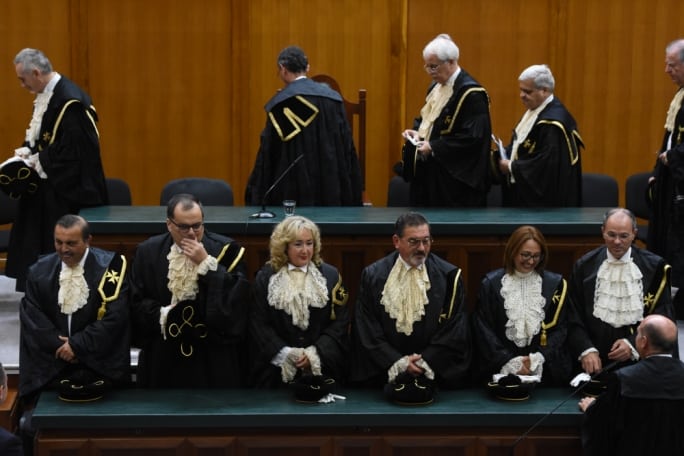 NGO Repubblika and the government today agreed to pay their respective costs settling a court case about judicial appointments that reached the European Court of Justice in Luxembourg.

Speaking in court this morning, Repubblika’s lawyer Jason Azzopardi, said that as a result of Repubblika’s lawsuit, four new judges were appointed last April without any interference by the government.

Repubblika told the court this morning that the new appointments complete the implementation of reforms recommended by the Venice Commission in 2018 which the government refused to adopt when it appointed members of the judiciary in April 2019. Those appointments forced Repubblika to open the court case to demand change.

Jason Azzopardi told Chief Justice Mark Chetcuti that Repubblika’s case stopped the government’s hostile takeover of the judiciary that since 2013 appointed 29 members of the judiciary, 21 of whom had some connection to the Labour Party.

Repubblika told the court it now expects new appointments to dilute the impact of this capture.

Repubblika said the decision by the European Court of Justice laid the groundwork for a claim it could make to show that several appointments made in the last 8 years were in breach of EU law. But, the NGO said, now that the system has changed, this would be an academic and historical exercise rather than a contribution to the justice system.

Repubblika’s objective to have the system changed has been secured. The NGO said it was proud that the ECJ’s decision on its case attracted the attention of experts because of its ground-breaking significance.

The civil rights NGO thanked the court for its guidance and said that subject to the government’s agreement that it would cover its own costs in the case, it was willing to withdraw it.

In response State Advocate Chris Soler told the court the government agreed to pay its own costs.

Chief Justice Mark Chetcuti thanked the parties for their conduct during the case.