UPDATED: 15:07. The Government has denied in a statement this afternoon Times of Malta’s report of this morning saying iċ-Ċaqnu’s €40 million tax bill has been slashed to €10 million. Read the denial here. 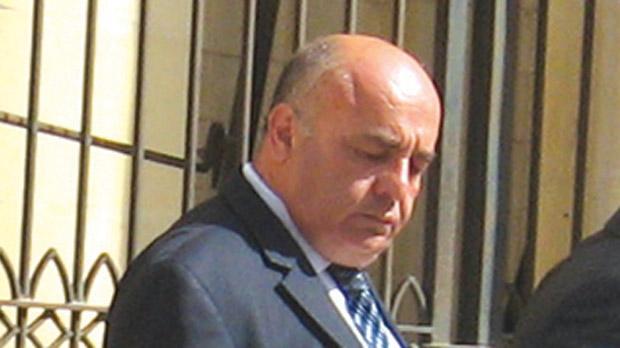 Read the facts in the Times of Malta’s report. Iċ-Ċaqnu owed the taxman €40 million accumulated over 25 years. The news report does not mince words. If the government called in the entire €40 million, iċ-Ċaqnu’s business empire would have crashed. I suppose there are many perspectives that would readily say that would be a bad thing.

Any business gets into cash flow issues and Polidano cannot be an exception. But this is a cash flow issue that has been going on for a quarter of a century. Aren’t cash flow troubles, by definition, temporary? Would not a business be deemed unviable if it is unable to emerge out of cash flow problems at some point?

Granted all that, this is a state-funded bailout. By waiving tax due, which in any case is levied in this country at particularly low rates, the government is effectively using public money to save Charles Polidano’s business.

There are situations where government intervention to save a business is necessary. But a number of rules need to apply.

First, the government must make sure it does not disturb a level playing field. Are all of iċ-Ċaqnu’s competitors now going to rue the day they paid their taxes on time rather than spent the money owed to the tax-man into their own business to eventually squeeze the government into renouncing a big part of what they were supposed to pay? Does this give Charles Polidano an unfair competitive advantage over his competitors?

Why, then, is road building and heavy construction a business this country needs to spend its tax revenues to subsidise into indefinite existence?

Third, a bail-out must be tied to evidence that more bail-outs will not be necessary to save the same moribund business 5, 10 or 25 years down the line. Not many details have been offered but how are the tax authorities assured they haven’t just waved goodbye arrears from the past but also foregone the possibility of revenues from the future of Polidano’s business? Why do they now believe someone who left tax bills at the bottom of his drawer for 25 years will now become a loyal citizen?

Fourth, a bail-out that subsidises a business, must subsidise only that part of the business that is commercially viable and for as long as that business operates in the law. Are all business units operated by iċ-Ċaqnu profitable, if they were to operate within the parameters of the law? Has iċ-Ċaqnu been forced to restructure his business and to weed out activities that do not make business sense or would not make business sense if they followed the same laws that you and I are forced to obey?

Have we just subsidised the Montekristo Estates? I suspect we have. Some of the money that could have gone to settle Polidano’s tax bills went instead into that sprawling ranch of delusional megalomania that someone described rather more clinically as the largest illegal development in the country’s history. Now it’s a tax-payer-funded, State-subsidised, illegal development.

Has Charles Polidano’s personal lifestyle been assessed when this tax cut was authorised?

When banks were bailed out (outside of Malta) after the 2008 crisis, governments told bankers they could no longer collect hundreds of thousands in bonuses because it was no longer their money. Considering how much money the banks needed to be saved, saving hundreds of thousands in bonuses would not have made a huge difference. But it was a matter of principle. Effectively, those bonuses would have been paid from tax-payers’ money and tax-payers cannot be asked to pay for the villas, the boats, the horses, the menageries, and the cocaine habits of the bailed-out bankers.

If any one of us owes money in tax, they need to sacrifice something about their lifestyle to put the money together to pay up. Has Charles Polidano made any discernible sacrifice to his way of life? Has he taken a pay-cut?

Fifth, a bail-out funded by the State is essentially a donation paid for by people who, quite ironically, paid their taxes on time. Some of the taxes you’ve paid every month for the last 25 years have gone to make up for the fact that Charles Polidano didn’t pay. You are entitled to know how this bail-out is being spent.

Because it’s not just a waiving of money due, now, is it? Consider then the quid pro quo with the land they got from him to develop social housing. Clearly attributing a price to that land needs to have been done on its merits, independently of the enthusiastic exercise to bail out Charles Polidano.

What does this tell you? That even if this happened to Charles Polidano, if you owe the tax man a few thousand euro, this is still not likely to happen to you. So ask yourself. What have you done to deserve what Charles Polidano got?

Previous:GUEST POST: It’s your money, dummy
Next:The government confirms Ċaqnu got a great tax deal in statement denying he has