Corruption in the form of bribery and misuse of public funds is a major obstacle to democracy and economic development in many of the world’s poor countries. 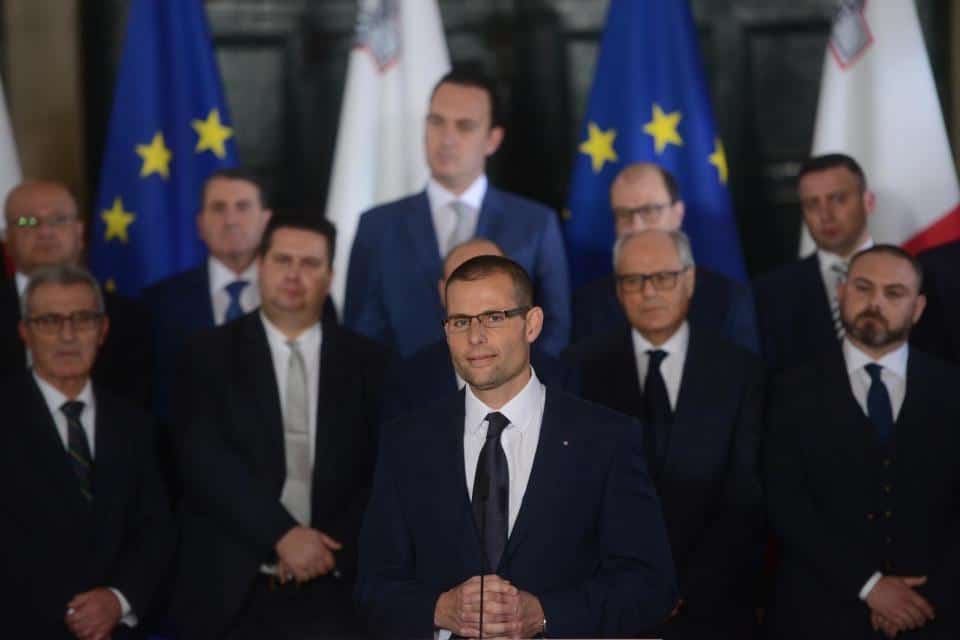 If you take a look at social media, you would think that on this sun-kissed rock, the Almighty has sent saints to act as government ministers and parliamentary secretaries. They are lauded by many and thanked for their sterling work every day, every single hour… by dummies.

In Malta, a Minister’s salary is close to €60,000 per annum, apart from other perks like having two cars, a driver (sometimes even one for the spouse), free telephone, internet and what have you. You would think that they are renouncing their remuneration to serve their country and constituents, sometimes with roly-poly, cakes, oranges and even Christmas, Easter and birthday cards to their constituents.

Little does Karmena know that she sent the card to herself. The Minister only puts his face on the card so she will remember him in her voting preferences come the next election. The fact remains that they are doing their job like Nena’s daughter Xanaya clocking her quota at the end of every day.

Consider the corrupt St Vincent de Paul deal. The minister and two parliamentary secretaries gave a direct order to build new rooms and a new kitchen at the home of the elderly. No tender was issued. They just decided to hand the €327 deal to DB Group and James Caterers. Because, apparently, there was an immediate need for it to be built immediately. They saved time going through tenders and adjudication boards and all the bureaucratic procedures which could have taken months. That means we’ll never know if we got the deal for a fair price. But do they care? Of course, not.

Carmelo Abela published a full-page advert advertising himself in all the Sunday newspapers. It cost over €7,000 and do you think he paid for it? No, it was your money, dummy. And you also paid for the government workers who worked during office hours to change his roof into a very nice terrace. It’s your money, dummy.

Ian Borg, the most arrogant politician to ever grace this island, is building a solar panelled pavement. Guess where, yes you are right – in his electoral district.

He spent €45,000 for TVM to broadcast live the third or fourth inauguration of the Marsa spaghetti junction. No doubt, thousands took time out to get the first views of the marvel tourists will flock to the country to see for themselves. You paid for the champagne and drinks for the invited elite.

It was your money, dummy.

Anyone from Paola must have sometimes stopped for a drink at the Labour Party Club. They’d be surprised to discover it does not belong to the PL. It belongs to a family who has just been awarded the meagre sum of €75,000 by the constitutional court as damages for having their property taken away by the MLP in 1973.

It is not the PL who will pay the money, it will be your money, dummy.

Staying in Paola: after 4 years of shoddy work to lay a few tiles and changing a one- into a two-lane road to keep the PL Club’s area pedestrianised, defects in the works amounting to over €300,000 – according to the local council architect – will be paid by the taxpayers the majority of which are appropriately Labour Party supporters. The contractor walks scot-free. The same goes for the nearly €250,000 compensation awarded to John Bundy for unfair dismissal. It was not the PBS Board who forked out the money.

Justyne Caruana was Minister for Gozo before she resigned because her soon to be former husband Silvio Valletta was caught in cahoots with criminals. Robert Abela re-instated her as Minister for Education some months later after the mess left by Owen Bonnici. Did you think she learned anything? Think again.

She granted her special and personal friend Daniel Bogdanovic a €5,000-a-month contract to work on the national sports curriculum. That’s in spite of the fact he had no discernible qualification in the subject matter except that he was rather fit. Sometime. He was tasked to tour schools to evaluate their sports curriculum. But the schools were closed due to covid. And Justyne did not pay for the contract to her friend out of her pocket.

It was your money she used, dummy.

Stay in Gozo. The cost to build a new Olympic-size swimming pool has almost doubled. It was projected to cost €9 million. The price tag now is at €16 million. The new costs were announced in a statement by the OPM. Just last October, Robert Abela visited the project site in Victoria and announced that the investment in the new Gozo Sports Complex was expected to be completed this year at a cost of €9 million. What happened during the few weeks is anybody’s guess.

What we know is that the contractors who won the tender are Charles Polidano known as Iċ-Ċaqnu and the omnipresent Joseph Portelli.

Following the change of plans, for reasons nobody knows, it is expected that both Portelli and Polidano will rake much higher profits since the revised budget has shot up by €7 million. Who do you think will foot the bill? It’s your money, dummy.

You’d have to wonder whose benefiting from this plunder.

When you watch them in their fine tailored suits and classy dresses, do not mistake them for demi-gods. They are there to serve you. You put them in their positions and you pay their salaries. Do not be grateful if they do their job. That’s why they’re there.

They are there to serve you, dummy.