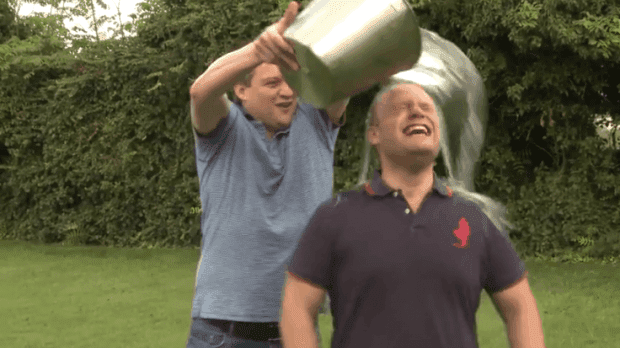 Konrad Mizzi is not afraid of the Public Accounts Committee. Fear has nothing to do with it. If he felt fear he’d go there and embarrass himself by repeatedly answering “I choose not to answer” or have his lawyer say it for him repeatedly. He’s been through that once. He knows that way too many Labour supporters willingly and wilfully mistake his cowardice for heroism in the face of the nasty Nationalists. Hate the Nationalists enough and Konrad Mizzi is a great guy no matter what he does.

He set the date of 3 November as the time he’d be prepared to answer the PAC’s questions on matters that have been in the public domain for many years and of which, as minister, even if you were to assume he did nothing wrong, he would have had early notice.

That’s why people think he’s running scared. It sounds like someone tipped him off that Parliament will have been dissolved by then, and with it the PAC, and then the game would be over. Like Jerry, he’s running into a hole in the skirting before Tom could pounce on him.

It actually does not work that way. If anyone is advising Konrad Mizzi they must be telling him that after the election there will still be a Parliament. Any working assumption suggests the PN will still be in Opposition and they will still run the PAC. A big difference will be he won’t be an MP anymore so the PAC could actually force him to testify or hold him in contempt. They only cannot do that now because a Parliamentary Committee cannot – by a strange quirk in the rules – force an MP to testify.

If not fear, what is it? Pure, unadulterated contempt. And a little bit of strategic thinking borne out of Konrad Mizzi’s experience of 2017.

The scenario that Konrad Mizzi expects playing out is not just of Labour winning the election, but the Nationalist Party eating itself up again the way it did after the 2017 election. Once again chasing after corrupt ministers will become an unfashionable sport. Once again a rebellion in the Nationalist Party will spout the wisdom that the public does not care about corruption. Once again PN politicians who led the pursuit against the criminals will be politically indicted by their own party.

And once again Konrad Mizzi is hailed a hero.

There can be no democracy if a government minister caught in bribery and corruption the way Konrad Mizzi has been gets to do what Konrad Mizzi is doing.

The police is both refusing to prosecute him and to clear his name. Konrad Mizzi is both denying what he’s accused of and refusing to defend himself. The Labour Party has both kicked him out and continues to defend and protect him.

All of them are doing this not because they are afraid but because they know that ultimately their paradoxical behaviour does not drive them mad. It drives us mad. It isolates us and forces us to question our sanity.

This is not cowardice. It is not stupidity either. There is indeed method in this madness. Konrad Mizzi is having a giggle. He’ll laugh out loud when an election does come and the people he is so contemptuous of do exactly what he expects them to, thank him for robbing them.

If we aren’t able as a people to reject this behaviour we implicitly accept it. When we do that, Konrad Mizzi’s contempt is exactly what we deserve.

Have I given up? I’m sorry if I sound like I have. I have a voice and I have a vote and I will continue to use them in the hope that one day there will be enough people who agree with me that politicians should not want to be Konrad Mizzi. They should rather fear reminding anyone of him.