When he argued for more, rather than less, civil servants appointed directly on a basis of “trust” rather than merit, Mario Cutajar diluted the quality of the civil service, he diverted the civil service’s focus from providing public administration to securing the re-election of his political party and his favourite candidates. As a result, he weakened the country’s ability to be governed effectively without the major hiccups caused by having to recruit an entire workforce every time a minister changes and his favourites move on to other things.

Now that Cutajar left, there’s no way we can expect the situation to improve, not with the choice the government made to replace him. 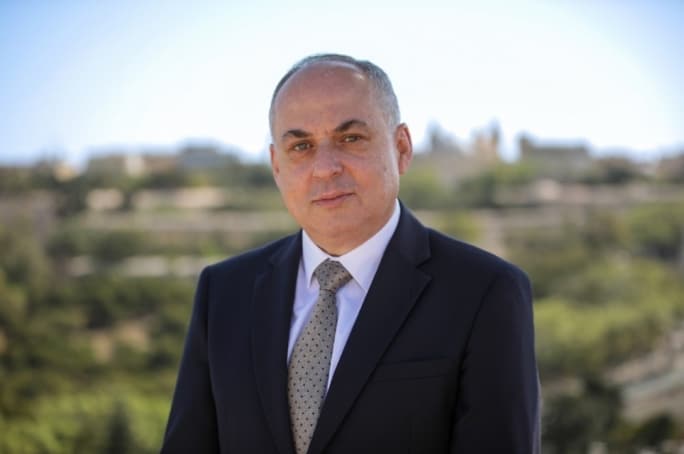 I don’t want to suggest that Tony Sultana is not competent or that his personal political affiliations necessarily distracted him in the past from doing his bit and delivering on his job. He’s worked in the public sector for years and years climbing up the ranks in the IT sector which means he is intimately familiar with wider issues of public administration, certainly more than Mario Cutajar with his background ever could have been.

None of that is a crime. It’s a choice. And wherever a civil service is zealous to project an apolitical profile that choice would have excluded him from such a senior public service position. It would have been a choice that would have taken him down an entirely legitimate political career. But instead, because he’s Labour, he’s having his cake and eating it.

If I want to take the government’s point of view, even beyond principle, there is also a practical problem. Are there career civil servants left, who have demonstrated excellence, who have studied, passed exams, and climbed the ranks after years of service under governments of different hues?

When Joseph Muscat took office in 2013, even before he had hired his ministers, he fired permanent secretaries, all but 3 or so. That wasn’t just career ending for the persons concerned. It was a warning that no one ought to think of the civil service as a potential lifelong career anymore.

Imagine, as I do, having a conversation with university age students still uncertain about their career choices. These students might be public spirited, but not politically inclined. They desire to serve, but they are not keen on the limelight. They are smart and bright but none of the conventional professions attract them, nor the idea of going into business.

In other countries, a civil service career would be a noble option. I have spoken to an acquaintance of mine who is going through the three-phase examination process to enter permanent employment with a 40,000-population municipality in the north of Italy. The position is for a generic administrator (something like a principal in Maltese rankings). She’s been studying public service legislation, the constitution, financial regulations, EU treaties, and all sorts of other things. All of that of course on top of her own qualifications. Some 600 people applied for the job. 3 will be selected.

She’s going through the effort because if successful this could be the start of a lifelong career, entirely independent of which party is running the council this year, or in 10, 20, or the 30 years of the career left ahead of her.

Now imagine she had to go through that effort in Malta where soon enough she will find that the people who call the shots and boss her around only got their jobs because they did an internship at One TV. Imagine her thinking that her career prospects are not merely dependant on how well she hides her political opinions but that even if she didn’t have political opinions, she’d be considered unsuitable for trust and promotion because she does not wave the government party’s flag.

People who could be star public administrators in Malta are doing other work and what we get instead is the ever-worsening mediocrity that plagues us all.

The merging of the civil service with the government party’s political calendar means that nobody thinks about recruiting today for the administration’s needs 20 years from now. Even if anyone wanted to change that and to start building again a generation of competent public servants whose first duty is to country rather than party, it’s not likely that Tony Sultana will be the person to even want to do that.

Previous:And they mocked the idea of having anti-mafia laws
Next:Where’s a cop when you need one?