Flying high above the law 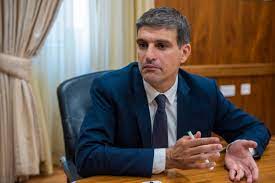 You’ll forgive me, I hope, if I pick on something Robert Musumeci said. Here’s his tweet.

I’m not a lawyer and as lawyers go he’s quite the star. He has a PhD and will in no time earn the moniker professor. He’s already teaching law students while I haven’t had a day of law school.

I haven’t had a day in astronomy school either. But if an astronomer, a professor of astronomy from the university of top astronomers at the most respected astronomical observatory in the world, were to tell me that next week Jupiter will be in line with Mars so it will be a good day to try to get pregnant, I’ll still call bullshit.

Some background. For brevity is the soul of wit, though alas unlikely the body of a sound legal argument, I shall be brief.

Vincent Muscat, known to you as Il-Koħħu, complained to the court that he wasn’t pardoned for his crimes. His arguments for complaining were not addressed by the court because the whole thing stopped on a simple question. It doesn’t matter what Vincent Muscat’s reasons are, the law says no one can ask a court to review a decision taken by the president when the president is doing their job.

Robert Musumeci makes numbered references in the law to “sustain” this.

Firstly, the Constitution gives the President the power to pardon someone for their crimes. Elsewhere the Constitution also says this power is exercised on the advice of the government. In practice, therefore, the power actually belongs to government ministers. But that’s semantics.

Secondly, the law says the President cannot be sued for doing something that the law empowers them to do.

Robert Musumeci, with the dubious cover of timid and fragile single quotes, declared this “reiterates the principle that Malta’s Constitution holds the President ‘above’ the rule of law.”

I think I know what he means to say, but it’s not what he said, and what he said is frankly philosophically unbearable to me.

There is no principle in the Constitution that says anyone, anyone at all, is above the rule of law. The rule of law means the opposite of that statement. It means that the law is above everyone, no one is above it, end of. Indeed, the power of the president (i.e., the government) to pardon someone for their crime is given to them by the law, not in spite of it. Indeed, the immunity from civil action for decisions taken by the President in exercise of their functions is granted by the law, not in spite of it.

Being ‘above’ the law would give the president the unquestionable right of doing as they please and no one could resort to the courts to stop them or have their rights and interested protected.

You see, this is as old as Magna Carta, older even, as old as the Roman Republic and ancient traditions that established that even kings must obey the law. It’s why we bother to write laws at all so it is clear that whoever you are you are ruled by them and no one rules above them.

Kings over time fought back and behaved like tyrants claiming their power was above the law handed down directly from God. Some were mad enough to proclaim themselves gods and their will law in and of itself.

This is what I mean by having a profound philosophical objection to Robert Musumeci’s clumsy summary. The powers of the president are given to them by the law which places them firmly under the law, confined by the limitations imposed by the law and protected only by the law for as long as they stay within those limits.

I couldn’t possibly put all this in a tweet, but then though the soul of wit brevity is hardly the best way to a sound philosophical argument either.

Robert Musumeci has made it his mission to create confusion about the meaning of the rule of law. That is where the issue stops being philosophical but takes on an extremely sinister practical dimension. Declaring, uncontested, that our Constitution incorporates the “principle” that the president (i.e. the government) can act above the law erodes the basic democratic and legal guarantees we are heirs to. And we know why he does that. He does that because if his friends were, like us ordinary mortals, subject to the same laws, they’d be serving time right now. Those who break the law find the easiest justification in claiming it doesn’t apply to them.

Previous:It does not matter if there are no consequences
Next:THE SUNDAY TIMES: Money for something