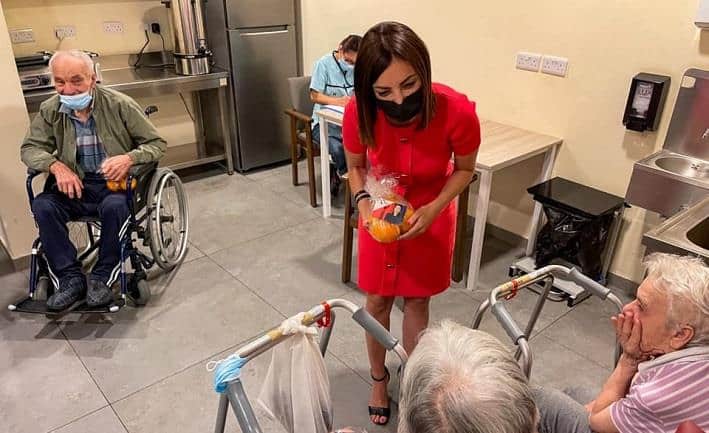 This used to happen for libel as well. You could go to the police to complain someone libelled you and they would open a criminal case against the person you allege perpetrated this crime (for so it was considered) by saying something about you that the law didn’t allow them to do.

At one point, when Owen Bonnici was minister, criminal libel was abolished. I think it’s worth pausing just for a moment to understand what that means. There was a time when it was criminal to fail to pay your debts. It was criminal at some point to commit adultery. When those two former crimes were decriminalised, they didn’t become encouraged activities, they just stopped being a matter for the police. If someone owed you money you could now take them to court yourself. If your spouse betrayed you, you could divorce them. If someone libels you, you can still sue them.

Mark Camilleri wrote that Rosianne Cutajar had an affair with Yorgen Fenech, she took his gifts, and she argued for him in Parliament. And he wrote that several times.

It is no longer possible for Rosianne Cutajar to complain to the police that he libelled her. The police would have to tell her there’s nothing they can do about that as much as they would tell her they couldn’t do anything about her boyfriend liking her neighbour more than her (an obviously hypothetical scenario and quite an inconceivable one at that).

She could sue him for libel but that wouldn’t likely go far. Presumably, Mark Camilleri cannot forensically prove Rosianne Cutajar and Yorgen Fenech did the nasty. But in his defence he’ll be able to show how, for example in response to questioning from the Commissioner for Standards in Public Life, she was reticent in her responses about the precise nature of her relationship with him for any reasonable person to combine that reticence with the explicit nature of their WhatsApp conversations to reach the reasonable conclusion that it is reasonably likely they had an affair.

As for accepting Yorgen Fenech’s gifts, Rosianne Cutajar has already publicly admitted to some already. Consider the small trinket of a wad of €9,000 Yorgen Fenech gave her for her birthday. There was also a pretty dress he gave her and which she wore for him in Parliament so he could watch her look fab on the telly. For these are the people who run our country.

Her arguments for Yorgen Fenech in Parliament and in the Parliamentary Assembly of the Council of Europe are a matter of public record so on that front Mark Camilleri’s job is done.

There are two reasons this complain is about ‘harassment’, not just libel. The first reason is there is as I see it likely no libel, both because it is not criminal to libel someone and because even the basic tests of defamation as understood in our civil law on libel are not met by this incident.

The defining characteristic of harassment is that there’s a pattern of behaviour, that someone does something a few times to someone else.

Here’s why this law is entirely inapplicable in the situation. If it is a criminal offense to say something bad about someone in politics repeatedly, we’ll effectively be having a strike three (or a strike one) rule for criticism of politicians. It would allow us to say Anton Refalo is a thief for having taken possession of a historical artifact to decorate his back garden, once. Maybe if he still has the artefact a week later, we’re still allowed to call him a thief. Maybe if he hasn’t given it up a week after that, we’d get our last license to call him a thief.

After that, whatever the circumstances of the artifact, it becomes harassment to call him a thief a fourth time and we’d have to shut up about it while Anton Refalo remains a minister and the public is made to forget he’s also a thief.

You see, Rosianne Cutajar’s complaint to the police is not the reason why people used to file criminal complaints on libel or why they say they sue: to clear their name and protect their reputation. She wants to find a way of making him (and others who repeat the criticism against her) to stop so she can go on with her life of pursuing and securing power and authority.

We can argue all night about Mark Camilleri’s strategy of response. The case against him that she has brought is vexatious and if we had proper free speech protection, even if the police and the AG decided to prosecute because of the complaint, the magistrate should be able to throw the case out at the first hearing precisely because of its manifestly vexatious nature.

We don’t have that vehicle in our law. Without presuming to give advice to Mark Camilleri, perhaps the proper thing to do when one is summoned to court is to respond to that summons and enter a defence. But I will not criticise someone who treats with contempt an entirely contemptuous process that is nothing better than an abuse by Rosianne Cutajar of whatever power she believes she has.

Instead, she insists she’s done nothing wrong and persists in inflicting her presence on all of us. The least she can expect is for some of us to dislike her and a few of us to say so aloud. As often as it takes until she stops harassing her critics and relieves us of her self-righteous and intrinsically scandalous presence.

Note: an earlier version of this article gave the erroneous impression that Rosianne Cutajar had not also sued Mark Camilleri for libel. She has done so.