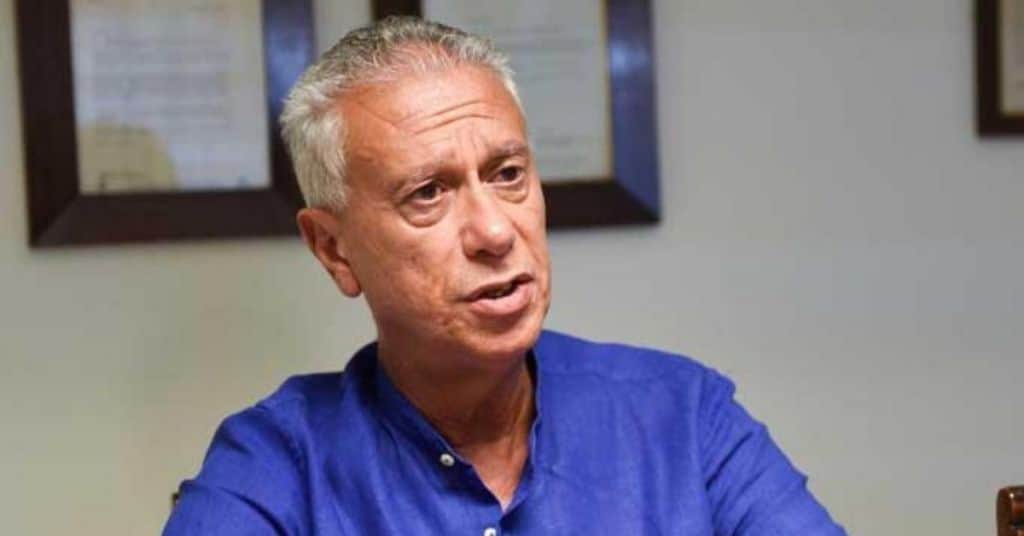 At Sunday’s urgent PN Administrative Committee, the PN’s Deputy Leader Robert Arrigo informed the committee the PN had recently accepted donations from Ray Fenech, uncle of Yorgen Fenech and his successor as CEO of the Tumas family business, sources say.

This website asked the PN whether it had received funds “from the Tumas Group and or members of the Fenech family in the last 2 years”. The response to this website came 8 hours after the questions were received and it said that “we confirm that the PN received over the last decades some donations from the Fenech family … The donations that the PN may have received have never influenced or stopped the Party from the criticism it needed to make, and this was done without fear.”

In its communication this website told the PN that “there’s a difference between past decades and the last 2 years. In November 2019, the CEO of Tumas Group was charged with killing Daphne Caruana Galizia. Have you or have you not accepted donations since that time?”

At 8 pm this website followed up the questions with a call to PN Secretary General Michael Piccinino who confirmed the party had received the question and was making verifications to be able to answer. No written reply has been received by this website at the time of publishing.

Sources inform this website that a review of donations received by the party ordered by party leader Bernard Grech yesterday yielded no evidence to back up Robert Arrigo’s claim that donations had been received by the PN from Ray Fenech.

A statement issued late last night by the PN after a meeting of the second urgent Administrative Committee meeting in as many days said that the Committee “confirmed no donations were given (to the PN) by the Fenech family in recent years.”

PN Secretary General Michael Piccinino in a phone call with the author this morning confirmed that the PN’s statement was intended as a reply to this website and other journalists putting questions after news of Robert Arrigo’s remarks emerged.

The PN’s statement of last night did not address Jason Azzopardi’s allegation that at the dinner, Bernard Grech discussed with relatives of Yorgen Fenech the PN leader’s willingness to consider a presidential pardon for the man charged with killing Daphne Caruana Galizia should Bernard Grech be  elected prime minister.

However, in answers to questions by this website, the PN did categorically tell this website that “we insist and confirmed that nobody and never has the PN discussed the matter of a presidential pardon to Yorgen Fenech with the Fenech family or with any other persons.”

Bernard Grech made public remarks that he would consider a presidential pardon to Yorgen Fenech earlier last year.

The fact that the fund-raising dinner was held and the presence of two relatives of Yorgen Fenech was  confirmed by Bernard Grech himself at Sunday’s administrative council meeting. It was clarified that funds paid to the PN were paid by the dinner’s host, not by Yorgen Fenech’s relatives.

Sources tell this website that at the Administrative Committee’s meeting, Robert Arrigo spoke of a different source of funding: donations from Ray Fenech, uncle of Yorgen Fenech and CEO of the Tumas Group. The funds were allegedly donated to the party through a Qormi-based intermediary. After a review of donations paid to the PN over the past two years, the PN declared it had not received the donations Robert Arrigo alleged. Robert Arrigo was directly responsible for much of the fund raising of the PN. Robert Arrigo is believed to have retracted the allegations about funds coming from Yorgen Fenech whent he financial review was completed late last night.

Though funds paid, even through intermediaries, from relatives of Yorgen Fenech who do not belong to the Tumas Group may be criticised for appearing to put the party in an awkward position, acceptance of the donation could be defended since the individuals concerned had left the Tumas Group business when Daphne Caruana Galizia was still alive.

But donations made directly from the Tumas Group to the PN after its former CEO was charged with murdering a journalist would be far more problematic. Criticism was levelled in the past at PN officials or MPs like Pierre Portelli, Herman Schiavone, and Kristy Debono for allegedly soliciting or acquiring donations or contributions in kind from the Tumas Group after the existence of 17 Black – a Dubai company owned by Yorgen Fenech and identified as a source of illicit funds for companies owned by Keith Schembri and Konrad Mizzi – was publicly known. But all these incidents had occurred before Yorgen Fenech was charged with murder.

Jason Azzopardi himself was reprimanded by his party for accepting a free hotel stay on a trip to Tel Aviv given to him as a gift from Ray Fenech. The incident occurred while Daphne Caruana Galizia was still alive and yet the PN had reprimanded Jason Azzopardi for being careless about avoiding any hint of inappropriate proximity to business interests.

Ray Fenech’s connection with his nephew Yorgen Fenech is not just familial or commercial. Evidence heard in court shows that at the time of Yorgen Fenech’s imminent arrest in the weeks and days before November 2019, Ray Fenech appears to have provided his nephew with instructions on how to avoid arrest. Ray Fenech was never charged with obstruction of justice or any other crime.

Accepting funds from the Tumas Group in the last two years would also have been seriously problematic for the PN given that at the same time senior politicians from that party were conducting a Parliamentary inquiry into the Electrogas deal in which the Tumas Group is a major stakeholder. In court and at the Parliamentary inquiry, it was suggested several times that the killing of Daphne Caruana Galizia was motivated by considerations related to the preservation of the Tumas Group’s profits from the Electrogas project, profits which it continues to enjoy along with other people involved in the project.

Donations from the Tumas Group, in such a context, would be perceivable as receiving a share from the proceeds of Yorgen Fenech’s alleged crimes.