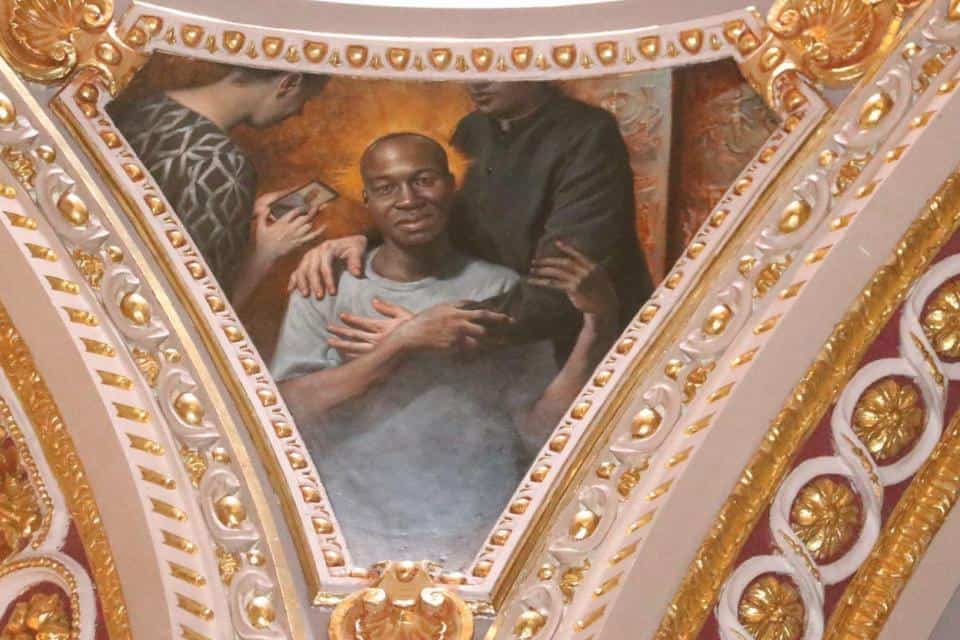 Your remains will soon be flown back to your home country where your mother and your family will be able to say goodbye and bury you.

You came here for them. You left your home and your family so that you could send them some money and make their lives a little bit better.

Two soldiers are accused of shooting you, never having met you before. They are accused of looking at you and judging you unworthy of living because of the colour of your skin. They plead not guilty of your murder.

When people who knew you expressed fear and anger over what happened to you, the authorities of this country warned us all not to jump to conclusions. An inquiry in the army that employed the soldiers accused of killing you found there was no racism in our military.

Some of us put up posters saying “All Lives Matter” in sympathy with the loss of yours. There’s a plaque erected where you drew your last breath that says that “All Lives Matter”. That’s one thing I should apologise to you for personally and unreservedly. Not for the plaque. But for repeating that crass and stupid slogan which states the obvious to dilute the great injustice that you have suffered.

The issue is that for too many and too often, black lives matter less. Our ignorance of your supreme disadvantage, imposed on you by us, is another layer of oppression. It should not surprise us that if those of us who mean well manage to confuse issues, those of us who don’t mean well feel free to shoot you.

You are being flown home in a casket after three years in storage, your passing suspended until we found a convenient time to grant you as a gift a small measure of the dignity we stripped you of.

The men suspected of killing you for sport have not faced a jury. They roam free barely disturbed by a justice system that is incapable or unwilling to punish white men who kill black men. Perhaps in that regard you suffer no special discrimination. The paralytic delays of our criminal justice system are endemic and indiscriminate. White victims of murder are denied justice for just as many years as black victims. Women as much as men. Innocent bystanders as much as intended victims.

On top of the injustice of racism, of discrimination, of murder, cold bloodied in its frenzied hate, you must suffer the indiscriminate insult we reserve for all victims, whatever their hue. You fly home in a casket while your suspected killers can still drink beer on the beach front every night.

It is too late to apologise to you and apologising to people still here living just shy of a bullet in their back is hollow when I know nothing has changed since you died. We have learnt nothing from your killing. To my knowledge the army has done nothing to prevent its armed recruits from radicalising their racist views. Nothing has been done to integrate people like you in the community and make even the idea of the manner of your killing the abomination it should be.

Not that you needed me to tell you but you died for nothing. Your life was stopped when you had not offered to give it up. It was taken from you and the least we could have done is understand why we did that to you, so it does not happen again. It would have changed nothing for you. It could have done something for us. It could have reminded us of our humanity.

So long Lassana. I am sorry your last path brought you here. We were unworthy of you.

Previous:In bed without sheets
Next:THE SUNDAY TIMES: Whatever happened to…?