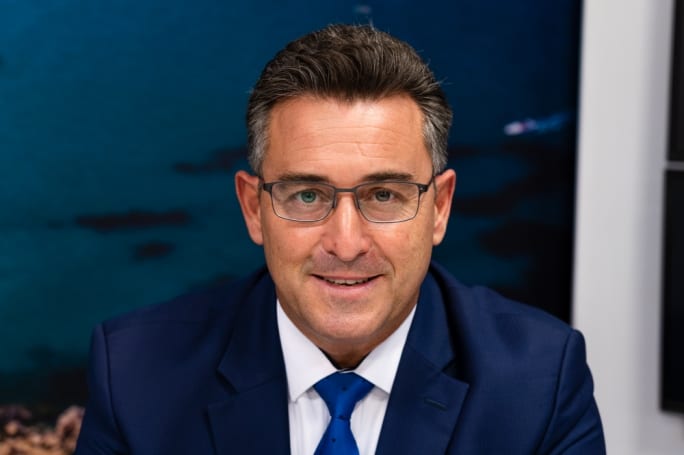 Election candidates who fail to get elected are an inevitable side effect of the voting process. Their unhappiness with the outcome is their problem. When you enter any race you dream of glory but you’d better be prepared for the statistically likelier outcome of disappointment.

Dignity in defeat looks nice but it’s not mandatory. Candidates who hope to try again sometime in the future have a reason to preserve dignity. Candidates crashing out for good can forget themselves and give people who did not vote for them an additional reason to congratulate themselves for choosing someone else.

There was something of the sore loser in the way Jason Azzopardi crashed out of the PN and the present controversy with St Julians mayor Albert Buttigieg is not free of that either. There’s a sense at least that we wouldn’t have had these scenes if they had made it to Parliament.

They both complained that the reason they did not make it to Parliament was that their party promoted other candidates in their district and pushed them aside. That is an inevitable side effect of the fact that we have a multiple-seat constituency system.

Here, candidates, even ones the party leadership is unhappy about but that they don’t have enough public reasons to elbow out, fight it out in front of the electorate. The party leadership will help its favourites at the expense of the people it doesn’t like. The party will give prominence to candidates that make it look good and hide as best it can people that make it look bad.

I don’t have to look far for an example. I contested the 2013 election with the PN. It was just over 2 years after the bus reform started. It was far from the government’s most successful projects and I was, rightly, associated with that. It didn’t surprise me that in 2013 I was not presented as a star candidate. It didn’t surprise me I did very badly in that one and only election I contested. It would have been petty of me to complain, and frankly obtuse.

Are Jason Azzopardi and Albert Buttigieg being petty and merely raising a fuss because they feel they weren’t treated with the importance they think they deserved? Perhaps. That is certainly what the PN leadership is saying in response to their criticism.

But you know, if you’re still reading this, that I think things are a bit more complicated than that.

In both situations, separately but consistently, the allegation was made that the two candidates were side-lined because they took principled stands, one against a crime family, and the other against the rather self-evident overdevelopment of the locality which he leads and which is being turned into a Blade Runner landscape by a handful of greedy tycoons.

In both situations, separately but consistently, the allegation was made that the PN made its choices against these stands at the same time accepting donations from the greedy tycoons (which they do not deny) and from the crime family (which they deny). For the avoidance of doubt the PN categorically denies receiving money in exchange for promises of side-lining the candidates in question.

Even so, the allegations are very serious because they fit uncomfortably neatly on some basic realities we all know and understand. The PN is short of money and the tycoons who can ease its pain are the ones causing so much grief to the country.

The way this is playing out is worrying, for a number of reasons.

Firstly, very, very quickly prominent PN politicians are turned by their former party into enemies. I was particularly struck by something Bernard Grech said yesterday, that his party has had enough of people using it for their personal gain. Unless I have completely misunderstood him, it seemed to me that he was suggesting that Azzopardi and Buttigieg have used the PN for their personal gain. That doesn’t sound even remotely correct. In any case it doesn’t fit any of the elements that are publicly known in any shape or form. Perhaps Bernard Grech should read out a page from the book he’s written and proceed to substantiate that allegation.

Secondly, the PN appears to be managing allegations of wrongdoing by applying Labour’s template as if that were the only way to do it. Instead of protecting whistle-blowers, it is harassing them. People raising the alarm are burdened with the party’s own responsibility of investigating complaints. Lack of evidence for the alleged wrongdoing (on a rather stunning 24-hour notice basis) is misrepresented as evidence of a lack of the alleged wrongdoing.

Thirdly, in dealing with these allegations the PN appears to be confirming at least in part what is being alleged, that its decisions serve the interests of these tycoons. Park Jason Azzopardi for a minute because so much has been said about him already that the consequences of his constructive removal should be obvious. There can be little doubt that whether the Joseph Portellis of this world paid for the favour or not, nothing will make him happier than the purge of the mayor of St Julians, a thorn in his side if ever there had been one.

One could accuse me of speaking this way because of the comfort of being outside Bernard Grech’s hot kitchen. It’s easy for me to talk. When Franco Debono was raising hell for Lawrence Gonzi in the 2008-2013 government I did not advocate for inclusion, for listening to your accuser, for incorporating the rebels. Fortunately, Lawrence Gonzi is a much better man than I am and lived with the grief.

Above all he managed to avoid to take the friendly fire personally and to find, in all the irrational egocentrism of Franco Debono, the well-hidden elements of truth and sensible advice that were well meant and proved beneficial to the group.

Bernard Grech survived an election defeat and is being allowed to hold the reins of his party without objection. And yet he remains insecure, lashing out when he’s already winning, escalating when everyone else around him is still so keen to give him the benefit of opportunity.

The decapitation on a 24-hour notice of anyone who dares step out of ‘discipline’ (a word that should really have no place in the public discourse of a political leader in a democracy) may make Bernard Grech feel safer.

But it will also have the effect of shutting up people, preventing them from putting their name to their claims, placing to public mercy all they have, the reputation they enjoy and the years of public service they have given. It will seal as dogma the abhorrent notion that money talks and that a political party will not merely choose its candidates on the basis of their qualities but on the basis of how well the party donors like them or dislike them.

It will postpone for ever the effort that is needed to persuade the population that public funding of political parties is in its interest.

It will replace commitment to public service, uncompromising personal integrity, and a willingness to step on toes to do the right thing, with the delusion of unanimity. Like that’s going to last.