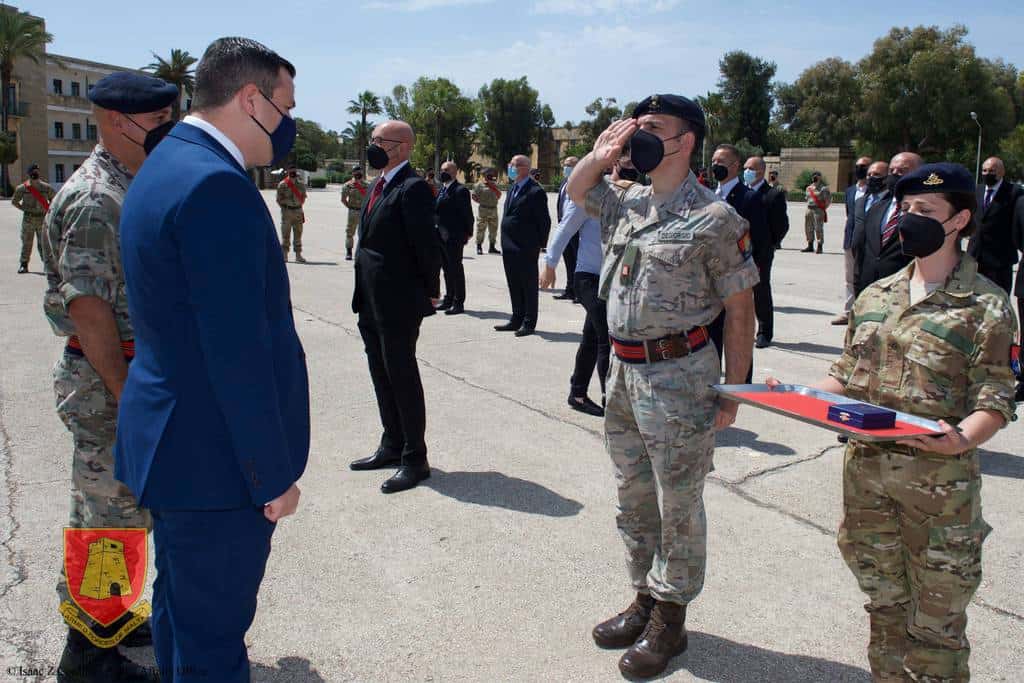 In a way Byron Camilleri is partly right. The criticism addressed to the Maltese military about the way they treat migrants struggling in our waters is unfair on (most of) the soldiers themselves. Ordinary soldiers have no role in deciding whether a group of migrants should be rescued or allowed to bob in the water until they drown or someone else saves them. There have not been reports of soldiers refusing orders to rescue people even in situations that were of risk to them. If they’re ordered to rescue everyone, they’d probably work double time to find a way.

The issue here is not the soldiers but whoever is giving them orders to ignore desperate calls for rescue. Byron Camilleri did that thing today where he speaks to someone wanting other people to hear him instead. No one “attacked” soldiers, but Byron Camilleri wanted them to feel like they have been. Let’s not shed tears over victims of criticism while going through our interminable and remarkably egoistic debates about people crossing our seas on board rafts.

“We won’t be a migration hub,” Byron Camilleri pronounced gravely. There are two answers to that.

First, the obligation of rescuing people in distress at sea is not something we can opt out of. We can’t wake up one morning and say “we don’t want to rescue drowning people” or at least we cannot do so without breaking international law. Unilateral populist declarations by its leaders do not exempt a country from its obligations. This “migration hub” business is sounding like a plea for “Lebensraum” … a country makes a unilateral claim for its interests and it expects everyone to kowtow to it even as people die as a result.

Incidentally, we also cannot opt out of our geographical location. If we were in Iceland, we could happily declare our unwillingness to be “a migration hub” because no one outside the Viking sagas catches a boat and passes anywhere near Iceland in the process of migrating. Byron Camilleri may complain about Malta being bang in the middle of the Mediterranean Sea, one of the most ancient migratory highways of human history, but if he doesn’t want it he’ll have to migrate. To Iceland, if they’ll have him.

The second answer is, why exactly not? Why is it ok, for example, to be a hub for containers dropped and picked up from here by ships travelling the world, but not ok for us to do our bit as a nurse in the Mediterranean?

Another thing Byron Camilleri said was that the military was being “attacked” (seriously, a couple of hard-worded press releases and the AFM goes into DEFCON 4?) was because Malta had a “just” asylum system and a lot of black people have been deported out of Malta.

I’m sorry but this is a grotesque conflation of distinct issues, which Byron Camilleri confuses as one your off-the-shelf racist does. For him they all have the same face. On shore detention, restrictions on recognising the right to asylum, and mass deportations are objectionable policies in and of themselves but criticising the Maltese coast guard for ignoring distress calls from migrants who never touched ground here can in no way be misconstrued as a reaction to deportations.

A boatload of migrants in the middle of our open seas does not ask to be rescued as a form of protest for a strict asylum evaluation policy. If anything, they ask to be rescued because even being held up in Malta’s detention centres before they are forced back to where they came from is better than drowning.

Here’s what’s not conflated. Byron Camilleri directs the military to ignore distress calls from our waters because however “just” his repatriation policy is, it is easier for our government to allow people to drown before they reach our shores than to have to assess whether they are eligible for asylum if they were to get here.

When NGOs put him in an awkward position by rescuing people who would otherwise have drowned, Byron Camilleri is going to be annoyed and he is going to complain about volunteers taking time out from their lives to rescue desperate souls lost at sea and accuse them of “attacking” his idle professional army.

Previous:So much for changing the world
Next:How would Anton Refalo feel if a Caravaggio vanished from St John’s and was found hanging in my living room?