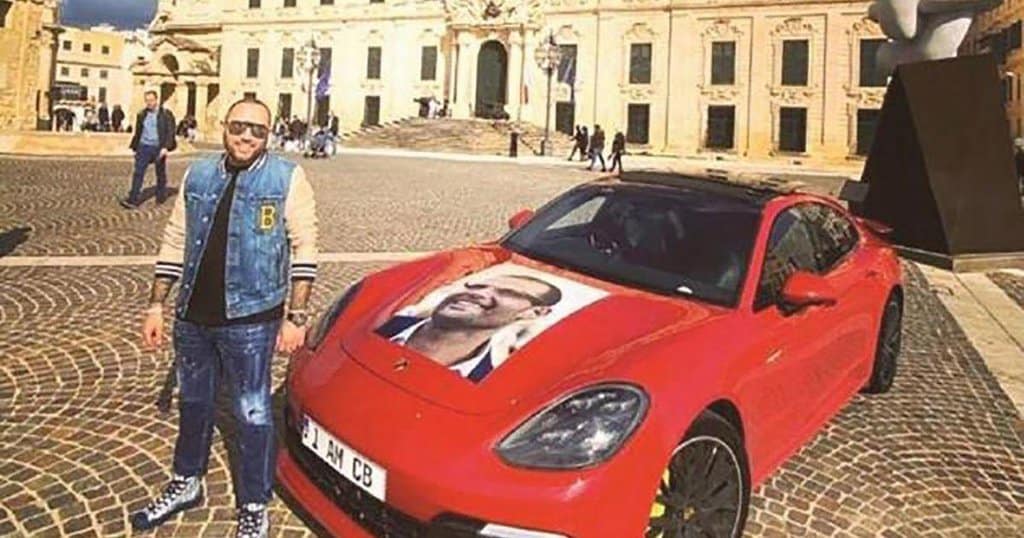 Read this story on The Shift News. The website is reporting that Christian Borg who has been charged with kidnapping and is being investigated for using his car dealership as a money laundering racket has filed the cheapest offer for a tender issued by the government for leased cars for the personal use of judges, magistrates, and their families.

The Shift says judges and magistrates are unhappy there’s some chance that since Christian Borg’s offer is cheapest, considerably cheaper than what the government expected to pay for the service, he might end up getting the contract.

I can see their point. Christian Borg will be standing in front of some of them. They won’t owe him anything of course but the security implications of driving around in a car he supplies them with are too obvious to repeat.

It’s also simply not on for the government to spend its money buying supplies from people charged with violent crime and being investigated for money laundering rackets. The suspected money laundering in and of itself can explain why someone might make an offer to the government that is well below expected prices. Loss making activities are just the sort of thing money launderers need to shuffle around the cash they get from their real business.

Buying a cheaper product from Christian Borg is like buying a wrist watch from a street-side hustler. It’s probably stolen so buying it is not a bargain, it’s a crime.

In any case it’s just bad practice to spend public money with people of ill repute. Technically, a person who hasn’t been convicted yet is, in terms of punishment, innocent. But that doesn’t mean that they have a right to besmirch the government’s reputation (or have the government clean theirs) by selling to them. No one has an automatic right to sell to the government, not even if their offer is cheaper.

We should have a register of people under investigation which would help clarify ill repute and reduce discretion when people are excluded. And we do have, in this case, pending charges, that should be more than enough to have someone struck off the supplier’s list especially of supplies that have an implicit security sensitivity. What is known and the rules that exist are enough to strike Christian Borg off this contract.

Let’s just measure this incident by the Labour Party’s standards, or at least the standards they proclaimed in the evil, dark days of Eddie Fenech Adami when Labour were in opposition. Let’s do a bit of a reverse tu quoque, shall we?

In 2006 the court services hired a company to clean the court building. The contracted company was outed as “close” to veteran criminal Mario “The Nose” Camilleri. I’m not entirely certain what “close” meant, but when this proximity was discovered then home minister Tonio Borg overruled the procurement people in the civil service and ordered the cleaning contract cancelled there and then.

Labour said that wasn’t enough. It wasn’t enough, they said, for the contract to have been cancelled. Someone needed to carry political responsibility for the contract having been awarded in the first place. Then Leader of Opposition Alfred Sant asked for Tonio Borg’s head. He wasn’t given it but that’s not the point. The point is Alfred Sant considered it sufficiently unacceptable for a cleaning contract to have been awarded to a supplier connected to crime to cause for the line minister to resign.

Now this contract with Charles Borg has not been awarded yet. It’s so far just a possibility we’ve been forewarned about by The Shift News. The government is still in time to stop this madness in its tracks before any resignations, on the back of Labour’s 2006 codex, would become desirable.

Except there’s one major difference between now and 2006. The Nose Camilleri was not, like Christian Borg, a client, friend, canvasser and business partner of the prime minister of the time.

Christian Borg has friends in high places. As high as places come in this ocean of corruption.