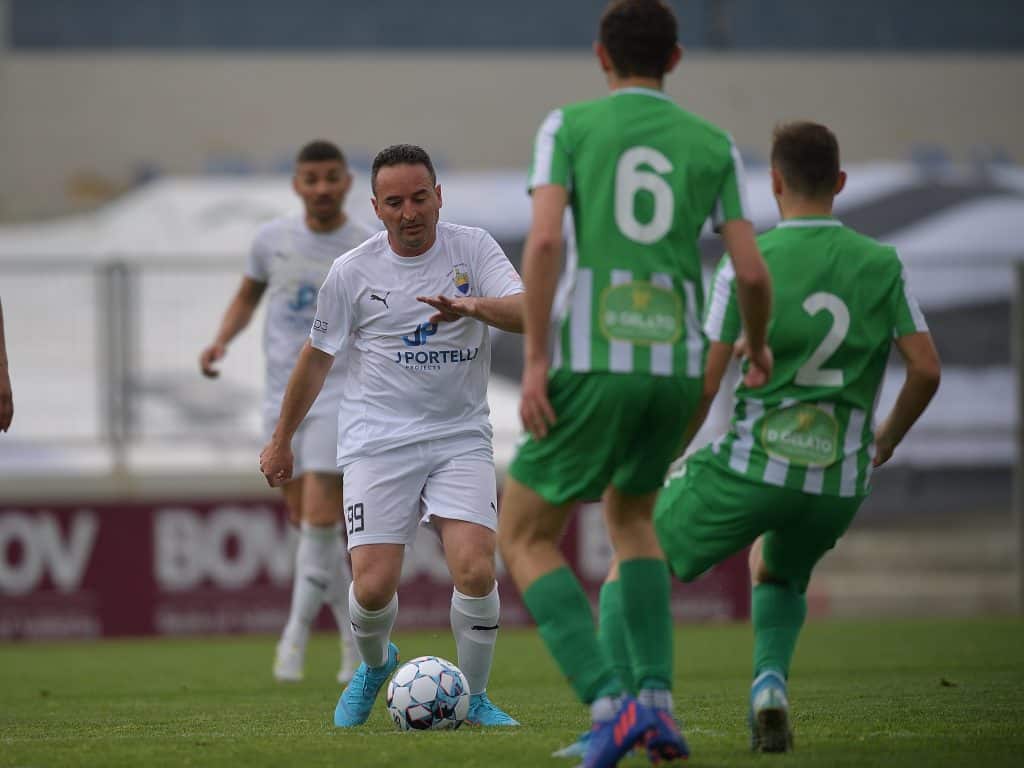 The Nadur festa decorators were mighty indignant because people outside their pocket-sized universe mocked the canonisation of Joe Portelli, depicted as St John the Evangelist on one of their festa banners. The Nadurin football club fans reacted in a similar way after off-worlders found their public worship of Portelli distasteful.

Joe Portelli gives them money which makes him a good guy in their books. That’s all they need to know. They don’t need to know where it came from and what devastation it unleashed on its way to their hanging street banners and their domestic football league.

When Joe Portelli moved to Ħamrun you thought he was scaling up. A report in the Montenegrin press shows he’s not quite done. The world is his oyster. Like a Bond villain from the lesser Roger Moore films, he has set his eyes on his own island, a forested jewel, a paradise he can call his own.

Is it though? Are the €100 million being spent on buying it (‘if’ he buys it, because he told Times of Malta he’s still thinking about it) all his own?

Compare Montenegro with Malta. Global Corruption Barometer data says that 4% of users of Maltese public services paid a bribe in the last 12 months. That compares with 10% in Montenegro. Of course, that could mean that there’s more basic level corruption there than here but corruption here is worth more because it involves bigger deals. It’s one thing to have to bribe someone to skip the queue for a medical appointment. It’s another to pay a bribe to get a permit for a mega-development in the countryside. In fact, Malta ranks 49th in the Global Corruption Perceptions index, compared with Montenegro at 64th.

It feels though like that small country has become a bit of an export destination for the worst elements of Malta. Malta-based passport vendors hovered over Montenegro for their expansions. There’s the notorious windfarm project inaugurated by Joseph Muscat that cost Enemalta €7m paid as clean profit to the intermediaries who sold them the deal. Now there’s this island deal. Is there a pattern emerging?

There are a few questions worth asking, most of which will never be answered.

Who are the intermediaries of the deal, if there are any?

Who are the existing owners of the island? How did they acquire it? What did they do with it while they owned it? Why are they selling it?

Is the deal compliant with international sanctions rules?

Most importantly, how is this deal being financed? What are the sources of the €100 million used to buy it, plus the money needed for the investment required? Are all these funds coming out of Malta? If not where from? And how did they get there in the first place?

In any case, if the man has that sort of money, our own tax authorities should be able to compare it with what he’s paid them over the years. That’s the blessing of a self-made man, all the money he has can either be explained and matched against his tax declaration or it cannot.

Joe Portelli has friends. Is he letting them use his name to reinvest money they can’t explain? Is the reputation that he’s richer than God and more generous allowing his friends to hide in the darkness of his shadow?

I can’t claim that’s the case. I can say I’m quite certain the people who should be asking if all that wealth can be explained, won’t.