If it’s all right to censor the Pope … 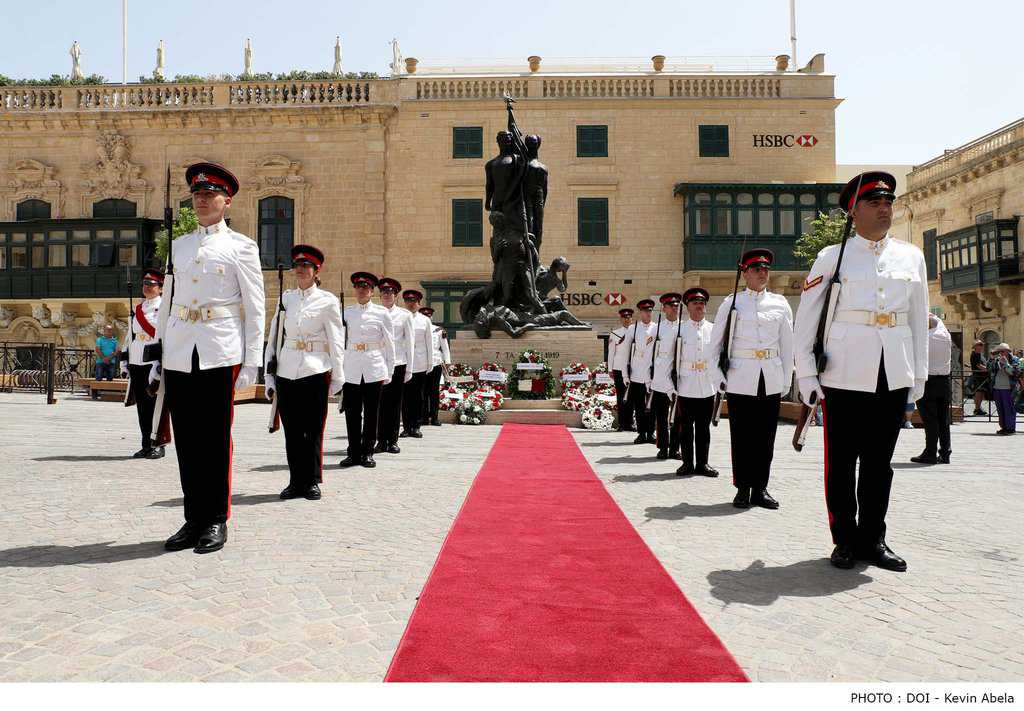 Pope Francis’s speech to Maltese “dignitaries” earlier this year was famously censored by the national broadcaster who ignored the pontiff’s pointed remarks about the moral duty to fight corruption.

May your commitment to eliminate illegality and corruption be strong, like the north wind that sweeps the coasts of this country. May you always cultivate legality and transparency, which will enable the eradication of corruption and criminality, neither of which acts openly and in broad daylight.

Those words did not make it to TVM’s wall to wall coverage of the papal visit except in the original Italian, barely comprehensible to most, during the live broadcast. I suppose he can count himself blessed not having had his remarks covered with bleeps as if he had been swearing.

Perhaps frustrated that his boss’s words did not make it to the ears of the people of Malta, Archbishop Charles Scicluna yesterday used his Sette Giugno sermon to speak about corruption again.

In society, if we rob each other, disobey laws, bribe public officials to bend the laws in our interest, we’d be behaving as some insects do: you think you can stand on a stool which would collapse because it would be rotten from the inside. Corruption is the rot within our country; on the outside it’s all nice, but it’s rotten inside.

You will not be surprised to learn the archbishop’s speech did not make it to public television either.

Now I’m by no means confessional. I’m not even a believer. I don’t think public TV, or any other journalism service should be rushing to quote clerics no matter what they say. Religious esoterica are not in and of themselves newsworthy.

But when clerics comment about the workings of our democracy, they are important voices from within our civil society. They are as essential to democracy as tightly sealed ballot boxes. Their moral authority should speak for itself. Even if that is controversial and doubtful for some, the fact is that when the archbishop comments on the country’s governance, conduct in public life, rendering to Caesar the things that are Caesar’s, honesty in our social interactions, in our commercial transactions, and respect for the laws, it is not just moral authority that speaks. What is speaking here is the voice of community leaders whose political expressions are not in pursuit of personal or partisan interest.

TVM covered the Sette Giugno events by reporting a speech by the Speaker on the eve, and a wreath laying ceremony by the President on the day. And yet the heroes of the event, let’s call them that, were not senior officials of the state. The heroes were ordinary men (they were all men) who were killed because they stumbled on the invisible path between the government’s guns and people who gathered for bread riots.

The context of this post does not invite either glossing over the events of 1919 to eke out patriotic drivel or cynically burying the significance of that day under accusations of malicious motivations and elitist exploitation.

The context of this post merely invites the irony that the national broadcaster recalls events that happened during a protest by the otherwise voiceless people against their government, by indulging the country’s authorities’ egos with flattering coverage and censoring the voice of civil society.

Remembering the 1919 riots should have brought front and centre the present and growing crisis of food poverty, and of the risk of scarcities caused by war. And it should have reminded us that popular enfranchisement and a Parliamentary democracy were offered in 1921 as a balm for the hardships suffered in 1919 while today, we are left with a Parliament that is but a shadow of what it ought to be.

Only one voice spoke up yesterday and that was Charles Scicluna’s who did not waste his or anybody’s time with platitudes but warned us against consoling ourselves with how shiny our democratic institutions look while we pretend not to see just how dark the soul of this country has become.

TVM, itself the polish that shines over the lie that is our democracy, stuck to the quasi-religious paraphernalia and the meaningless platitudes.