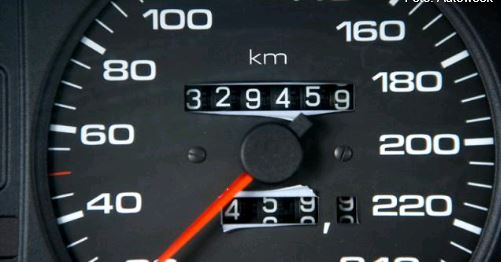 Read Malta Today’s editorial that says that the issue of second-hand cars with manipulated odometers goes beyond the fraud perpetrated by the people selling the cars. There are ways to avoid the fraud and public officials have a role in doing that when conducting checks in port and again when an imported second-hand vehicle is registered with the regulator.

Let’s not get the idea that odometer manipulation only happens here. By some estimates 1 in 10 second hand cars sold in law-abiding Germany have odometers showing manipulated mileage.

Malta Today is of course right. Border checks for imported second-hand cars and cross checks with databases drawn up at the point of origin of the car by the registration authority can help. And the fact the authorities seem to have taken a lax attitude to the problem suggests something worse than complacency. It suggests corruption.

For a racket to operate as consistently as this case, the perpetrators (that’s the second-hand car re-sellers who are doing the manipulating) must have more to give them confidence they won’t get caught than just the fact that officials usually don’t look at the cars too closely. A racket like that would need to give incentives to the officials, something that gives them a reason to look away.

This is a minefield of opportunity for corruption. And we have several recorded cases from the past. There was a racket of boating licenses granted to people who did not pass proper tests and a racket on licenses issued to people wo were less than qualified to drive heavy goods vehicles.

Where there’s money and there’s people, there’s temptation. Combine that with opportunity and you are almost certainly inviting corruption.

It is the job of people running these organisations to set up proper internal checks, audits, verifications, and external investigations and periodic shakeups of processes and of people to prevent the sort of complacency that would allow corruption to fester undetected.

Responsible management is required to assume beforehand that corruption will exist until it’s exposed and discovered. Irresponsible (or corrupt) management only acts after corruption is exposed.

It comes in degrees of responsibility then.

Malta Today’s original story exposed two second-hand car dealerships who manipulated odometers and cheated their customers by selling them something that was worth less than the customers were fraudulently misled to believe. The newspaper’s editorial then rightly commented that there likely has been a failure in the duty of the authorities to ensure due diligence that could give consumers greater protection.

There’s also, I would add, the failure of management of these public authorities to introduce the right level of internal checks so that they (the authorities) would be the ones to find their staff had been negligent or corrupt rather than scramble to deal with this now that it’s become a scandal.

There’s an awful silence from another authority as well. Up to the time of writing this post, Times of Malta, who followed up on Malta Today’s reporting, is saying that “questions on the matter sent to the Transport Ministry, Transport Malta and the Malta Competition and Consumer Affairs Authority have so far remained unanswered.”

The reference to the consumer affairs authority is indeed pertinent and their silence is truly harrowing. While we establish whether customs or TM officials aided and abetted the fraudsters in this case, it seems beyond doubt that a bunch of people have been cheated who sold them cars that were much older than the vendors said they were.

In effect this is a case of hidden defect. Importers of products manufactured outside Europe are liable for the damage caused wholly or partly by a defect in the product. Their victims, i.e., the buyers of the cars, need only prove the damage, the defect, and the fact that the defect caused the damage. Victims do not need to prove the damage or the defect are the fault of the importer.

Defects mean a product is less safe than the buyer was entitled to expect when they saw how the product had been marketed to them. In this case the cars were marked to have been, say “20,000 miles old” when in fact they were “120,000 miles old” which makes them implicitly less safe.

But here’s the limit of the law. The damages that the victims can recover are limited to damages caused by death or personal injury or the damage to another product caused by the defective car. In most cases that is just not useful to the victims of this fraud, or it will not be useful until the car kills someone or breaks something.

Any ambiguity in our law is by no means unique to us. In Germany, victims of odometer fraud need to prove the odometer was tampered with and that the vendor who sold them the car meant to deceive them.

In France, things are clearer. If you prove that the real mileage of the vehicle does not correspond with the mileage announced in the sale contract, you may claim cancellation of sale because of hidden defect.

The local consumer authority should right now be advising these victims what their rights are and what they can do to secure them. Will they need to sue the dealers one by one to make a claim against them? If yes, where can they make that claim? What are they entitled to recover?

Authorities cannot take the aloof attitude that people can get advice from their lawyers. The state has a duty to protect consumers especially when the state has systemically failed in preventing just the sort of mass fraud consumers have suffered here.

Let’s see if they wake up.

Previous:If it’s all right to censor the Pope …
Next:Is there a crook out there who hasn’t been invited to Castille yet?