Is there a crook out there who hasn’t been invited to Castille yet? 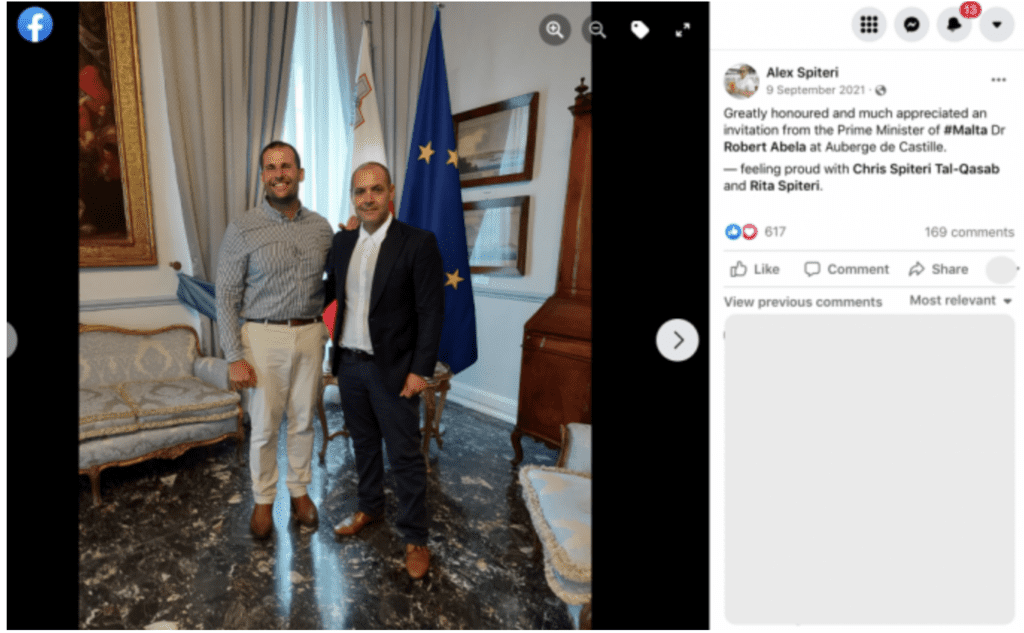 Malta Today published a photo they found on Facebook of one of the alleged second-hand car racketeers in an embrace with Robert Abela in the prime minister’s studio in Castille. It turns out Robert Abela used to be this guy’s lawyer.

Robert Abela also used to be the lawyer of another alleged scammer regulated by Transport Malta, Christian Borg, who operated a car rental business which allegedly was a front for money laundering.

Famously, Robert Abela also used to be Joseph Muscat’s lawyer. The roll call of crooks that went through that man’s office sounds like what morning assembly in prison should be.

Robert Abela speaks as if he feels he cannot be impeached for providing crooks with his legal services back when what he did for a living was provide legal services. But this isn’t like criticising a surgeon for saving the life of a murderer with a weak heart.

There’s a clear pattern that shows our prime minister was sought after by people who cheated the government he now runs and the public he now leads. A pattern is emerging that suggests that Robert Abela was a specialist in advising blue collar criminals wearing white shirts, trying their hand at large scale fraud and industrial level swindles.

This is not to suggest that Robert Abela advised the scammers on how to run their scam. Only he knows by how far he may have exceeded any ethical boundaries he may have drawn for himself. It is however becoming increasingly impossible to ignore the fact that scammers found comfort in his company. They sought it when they retained him as their lawyer. And, even more disturbingly, they sought his company when he could no longer be their lawyer because he had become prime minister.

From Malta Today: “Asked about the reason for the meeting at Castille with Alex Spiteri, Abela’s spokesperson said, ‘the Prime Minister is regularly asked, as happened in this case, to meet various people and organisations from all walks of life’. He did not elaborate.”

But a second hand car salesman (with all due respect to that third oldest profession) who, as it turns out, should never have been trusted as far as you could throw the car he was selling you, can swaddle into the prime minister’s office, squeeze the well-toned prime ministerial glutes and post the picture on Facebook ostensibly as an endorsement of the prime minister but intended in reality to have the credibility of the office of the country’s chief executive rub off on his scams.

You see, Robert Abela may feel he was entitled to extend his very specific legal skills to hardcore fraudsters and scammers. I suppose someone must do it and before he was prime minister, Robert Abela owed no one an explanation about which clients he chose to hire his soul out to.

It’s different now. In that photo Robert Abela did not hire out his personal credibility, such as it is. He turned the republic of Malta the parlour from which a scammer hawked his trade, crisply ironed national flag and all.

It is a mark of the depths we have sunk to that we no longer think the prime minister should be embarrassed by that picture. Look at him grin. Nice butt, chief.