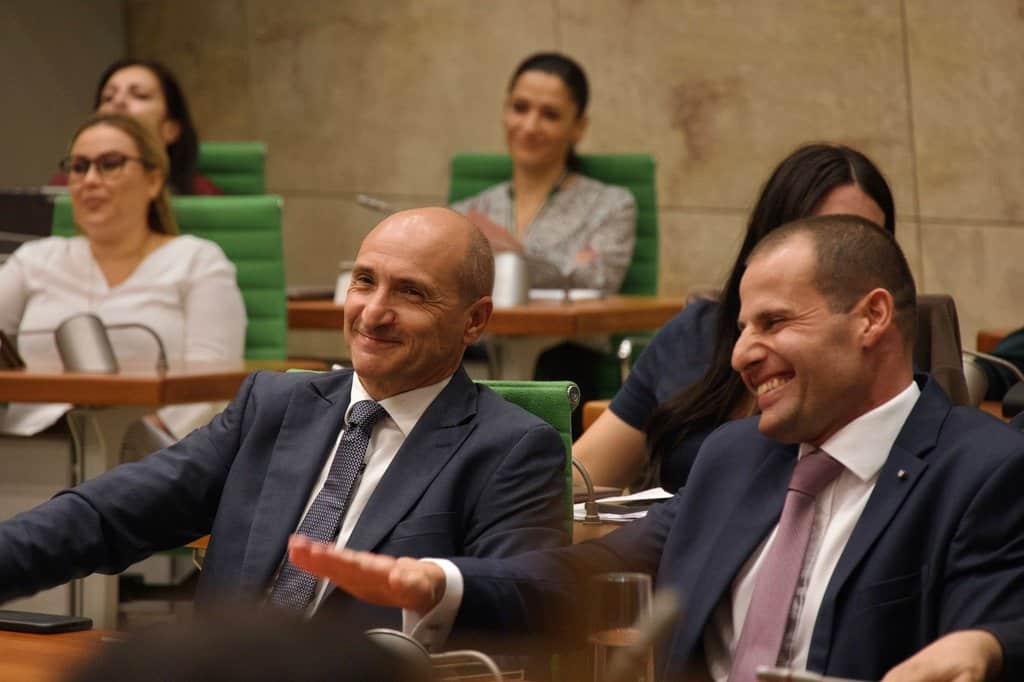 In this comment I’m not going into the merits of the law proposed by the government ostensibly to protect doctors from prosecution should they participate in the termination of a pregnancy that threatens the health of the mother. Not that the merits are not interesting or unworthy of analysis. I choose to think a bit about the process because as any reader of this website knows I am interested in how democracy works or does not work and how its tools are used, often abused, in the exercise of power.

There does not seem to be any controversy across the political divide that there should be no law that leads to criminal penalties for a doctor terminating a pregnancy in the process of providing medical care for the mother. The suggestion from the opposition and from several critics of the law is that under the cover of an official attempt to ensure the law complies with this consensus, the government is proposing a law that does something on which there is no consensus at all.

The opposition and critics of the law are insisting that this would be a law which roams way beyond the objective of ensuring that doctors are not criminalised if because of their care to the mother a pregnancy ends, and enters a realm which does not yet exist in our law: the introduction of circumstances under which an abortion is permissible.

I won’t go into the merits of whether that is a good or bad thing because that does not contribute to the point I want to make. The point I want to make is that the level of legislative and policy debate in this country is now so low that a law officially intended to do something is perceived, credibly, by a large section of the population as wanting to do something else.

I usually don’t like to attribute intentions to the conduct of people based on something somebody else said they had done. But I couldn’t help being impressed by somebody’s observation that the Labour Party’s method of introducing social reform is pretending that that isn’t what it is doing. The gentleman recalled a Helena Dalli intervention at a UN conference where she openly and gleefully admitted introducing gay rights reforms after misleading the electorate about what she and her government meant to do.

This, even if one were to take the side supporting reproductive rights including access to abortion, is just not good enough, is it? If the proponents of these reforms seriously believe they are liberating and an improvement to the wellbeing of vulnerable members of the community, what is stopping them from saying so?

Why don’t they seek to persuade a majority that their policy on abortion, say, is just the sort of policy we should all support? How weak are their convictions if they do not have the courage to speak out for them?

It’s not that anyone is forced to say what they agree and disagree with all the time, especially when the answer has no other intended consequence except the embarrassment of the person being asked. But the government is proposing a law. Surely, they agree with what they propose. Why do they need to fudge or even hide their reasons, attempt to mislead an entire population, and abdicate their roles as leaders and reformers?

Here’s the bit about the process. This law, which some, though not the government, say takes the radical step of legislating circumstances that permit abortion, was first announced on 16 November, all of 13 days ago.

Before 13 days ago we knew nothing about this law. No one outside the government knew that it was being drawn up. No one had time to contribute to its drafting or to suggest better ways it could be made than the one that was being debated in Parliament yesterday.

I realise this has become normal in Malta, but this is not normal in any way. Passing a law that some say is such a radical departure from the legal customs of this country in such a short span of time necessarily puts in doubt the intentions of the proponents of the law. It’s as if they think that if it is well that they rape us, it is well that they rape us quickly.

Let us first take the government’s position at face value and accept that all this law is meant to do is decriminalise the role of doctors in the termination of pregnancies as a side effect of their duty of care to their patient, the mother. Let us take them on their word that whatever their personal views on abortion they are not proposing to introduce this law to permit it, even in very limited circumstances.

If that were so they would effectively be implementing a measure which is not controversial. Indeed, as far as everybody knew, doctors never seriously expected to be prosecuted should a pregnancy end in the process of treating the mother. If the government is sincere about not wanting or not needing to go beyond this broadly accepted and acceptable state of affairs, this law would just be a clarification that in practice would change nothing. After all, it’s not like there’s a long line of doctors outside the courts awaiting trial for their role in the interruption of pregnancies of mothers they were treating.

This may have been a clarification which became necessary after the questions raised by the case of Andrea Prudente. Although in its response to her human rights complaint, the state’s attorney insists Ms Prudente was never in danger while being treated in Malta which is why her requests for her pregnancy to be terminated were being rejected. In Malta if there’s no danger, there’s no termination of pregnancy. No one, officially, is proposing to change that.

Of course, I could be getting this wrong. You cannot for a minute rely on me on an interpretation of the legal text and you can rely on me even less on some medical opinion of when a patient’s health could be “in danger”.

You can rely on me, however, to ask, even when I’m dizzy with the contradictions. If this law is meant to patch up the weaknesses exposed by the Prudente situation, would her doctors have been able to terminate her pregnancy if the law was in place? If yes, and if her life was not in danger, then clearly the new law does create circumstances where an abortion is permissible where heretofore there had been none.

Do leave aside for the moment whether you think that’s a good or a bad thing. You’re likely to have very strong feelings either way. But on either side you may be standing, it should not be acceptable to you that the government changes the parameters of such a long-held prohibition without actually saying it is.

Some pointed out the government does not have a mandate to relax the abortion ban because the matter was not part of its electoral program. Though in that 1,000-page document I would not be surprised if they were to pull out some equivocating rabbit they can gleefully claim was a misunderstood license to introduce abortion, like Helena Dalli had done about the gay rights reforms.

Never mind the mandate. Think about the process now. Parliament approves laws in three stages to stop MPs, particularly government, from rushing in laws without thinking them through and without proper debate. Yesterday, a mere 13 days before the public first became aware of this law, Parliament was already in stage 2 of the debate.

Before people have looked away from the football for long enough, we might have on our books something quite a few people are claiming amounts to an abortion-permitting law. If you wanted access to abortion, is this how you wanted it done? By stealth? Without even acknowledging what it’s about, let alone any form of debate, any form of attempt at persuading the public to support it?

Consider Ireland which introduced abortion after a referendum. People there, a majority who would at least nominally describe itself as Catholic, weighed the arguments, participated in town hall meetings, listened to the doctors and the priests, and took a decision that the losers of that vote strongly disagree with but which everyone felt they had a part in its taking.

This is, no doubt, a highly emotional debate where facts alone will not sway everyone one way or the other. But that doesn’t mean we should not hear the facts. A proper legislative process would have had the government publish a green paper identifying the problem the government wants to address and providing a comparative analysis with the laws of other jurisdictions. Parliament, through a cross-party commission working in public, would hear expert witnesses from across the debate to hear their views on how the problems should be addressed. That debate would inform the government on the best way to move to a white paper publishing its proposed draft law. That draft law would be open for public consultation and lead to a genuine effort to reach consensus.

After that, consensus or not, the government has the authority and the responsibility to go to Parliament with a draft it believes in. But only after hearing others, especially on such a complex, emotional, matter. And only because it is prepared to assume responsibility for what it is proposing, no matter the controversy.

You see, the process matters. We do not have a democracy because we expect to be happy with every law that is made. But we have a right, no matter which side of a debate we stand, to be heard and for a decision to be taken at a pace that allows for the arguments to be made and heard and for the community to try to live through its grave decisions as one, as a community that is.