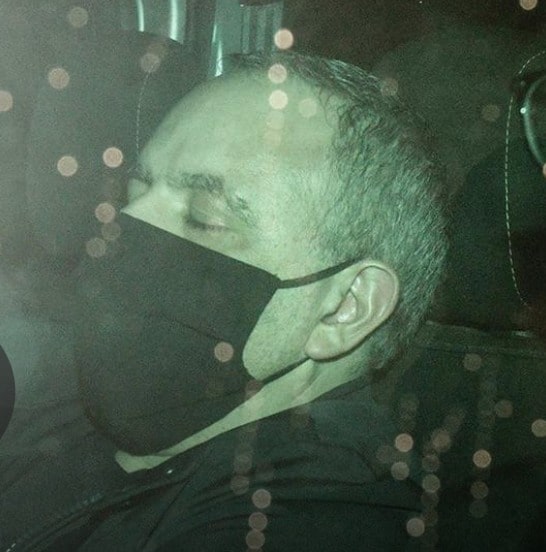 I drove my daughter to school today because she needed to carry stuff that wouldn’t make sense on her daily school van. I’m a bad daddy when I’m driving my children, especially first thing in the morning. My thoughts wander and the children mostly give up on getting my attention long enough for anything like a conversation.

My daughter was scrolling through her phone sites and came across the news of the theatre director being made to resign for “undisclosed reasons”. She took one look at his photo and asked me a question that forced me to pivot my morning musings. “Why are there all these bullies in the government and why are they all having to resign?”

From the mouth of babes.

My daughter had nothing to compare this time with. She won’t think this didn’t use to happen when bad, old, divisive Gonzi ran the show. At the time, she was still a leery twinkle in my eye. Without any outside reference points, she felt that the resignation of the theatre director a few days after the orchestra director was charged with wrongdoing was, by any standard, even her own, borne of mild and vague interest in what goes on, simply excessive. Are they all bad?

I’m not sure I gave her a coherent answer, so here I am trying now.

They’re not all bad but the pattern can have an explanation which is outside the individual proclivities of any one of them. I remember my first A level class of sociology and the teacher wanted to explain the difference between the reasons an individual might have to do something and sociological explanations of patterns of behaviour.  That first lesson was on suicide. Every individual suicide will have its own causes. But there could be wider elements that increase the likelihood of it happening that exist outside the individual: gender, economic condition, prevailing cultural attitudes, and so on.

I rather suspect there are external elements that tell us why we keep seeing well-dressed men in their 40s, with open neck shirts and an uncontainable self-satisfied grin, emerging in people’s consciousness with accusations of abuse of office, bullying, sexual impropriety, unprofessional conduct, criminal collusion, nepotism and other sundry favouritisms, financial mismanagement, over-spending, and irresolvable conflicts with subordinates or part-time oversight committees that are supposed to rein them in.

I doubt this is an exhaustive list of people forced to resign, dismissed, embarrassingly redeployed, temporarily, or permanently suspended, inexplicably retained and unsustainably protected in office in spite of the widest possible consensus that they should be nowhere near it, or simply wiped out of office by popular vote that this government has placed in strategic national positions and in public office and whose behaviour has proven well short of the requirements of the job.

To varying degrees of accuracy it can be said of each of those people that they have been handpicked for the position they were placed in through feudal processes of selection. Of course, that’s not true of Joseph Muscat who was swept to power after impressive electoral performances. But he wasn’t elected prime minister. He was elected emperor with a license to loot which to be preserved needed the support of an aristocracy of loyalists.

Why would people like the orchestra director or the theatre manager turn out to be bullies and predators? Because not only they’ve been chosen because of their partisan loyalties rather than because of any skills or expertise but because people in similar positions have been protected assiduously in spite of wrongdoing.

The regret the Manoel CEO is feeling now is not for the actions that landed him in so much trouble but that his minister is not Byron Camilleri. Why should the theatre CEO be suspended for bullying when a prison director was retained through more than a dozen suicides (some likely induced or assisted by bullying) and his replacement was retained while answering charges in court that he held a gun to a civilian’s head because he didn’t like his driving?

The thing with a government run on bullying is that it quickly becomes unfair and discriminatory because bullying is never a consistent policy. Bullying largely depends on circumstances and the current value of the currency of fear. It depends on the present and volatile status of the bully in question. While Keith Schembri ruled the roost his minions pillaged and plundered with impunity. When he was forced out a new band of thugs stepped in.

I suppose people are learning that if you want to get away with sexual harassment, over-spending, and bullying, you need to work for ministers who tend to get their way. You don’t want to be working for Owen Bonnici who enjoys about as much influence on the conduct of this government as I do. Except I don’t even pretend to be able to harbour bullies and scoundrels and sell that off as some special skill.

For years the government has exchanged rules-based organisational discipline in the public service with a personal system of partisan loyalties. They have bypassed merit-based recruitment, choosing instead people on the basis of their willingness to close their eyes to crime and corruption.

They have abolished the basic principle that rules apply in the same way for everyone, creating instead personal exceptions to people caught out doing the wrong thing but who knew too much to be allowed to face consequences for their actions and trusted not to bring everyone else down with them. Consider the three government officials from Gozo recently charged by one branch of government with the involuntary homicide of an employee they failed to protect at work. Another branch of government anticipated the court’s decision by retaining the officials in office and full pay, not merely presuming their innocence but presuming no one can ever find them guilty.

They have replaced competence with loyalty. They have switched industry and productivity with resourcefulness in securing money and assets for the Labour Party and its campaigns. They have sacrificed professionalism on the altar of partisanship. They promised meritocracy and delivered a regime of oligarchs and sycophants.

In a government run on the sweat-free backs of officials chosen because might is right, an unspoken license is given to people given power without merit and without accountability. They can spend the people’s money on their vices. They can sexually exploit their staff and bully their subordinates. They can enable and participate in corruption.

They can be little emperors in a grand empire of greed. Until such time as they no longer are.

Because sometimes, emperors change and powers shift, ministers fail to get elected and others replace them, bringing in their own cronies with their own credit line of greed that will need covering up. And people who were protected by people who are no longer there find themselves exposed, weighed down by the wrongdoing that was once a badge of honour but is now the cause of disgrace.

The mighty fall, their stupid grins dissolved as their teary eyes look out of the prison van on their way to the holding pen while their bail is put together. It would be the sign of justice and good order if these resignations and these arraignments were part of an autonomous system of punishment, of weeding out the rotten apples to preserve the good ones.

There’s little reason to think that’s what’s happening. Rotten apples don’t like a crowded room so, sometimes, they need to push other rotten apples out of the bowls. It is why those resigning CEOs look so stunned at their fate. They know nothing has changed really. The government that is prosecuting them now is as corrupt as it was when the government was protecting them and exalting them. How unfair they must feel it is now that the government is choosing someone else to protect instead of them.

I’m not sure I’m ready to tell all this to my daughter though. She’s probably ready to hear it.

Previous:Public land is not in the gift of ministers
Next:I wonder if the hunters see the funny side