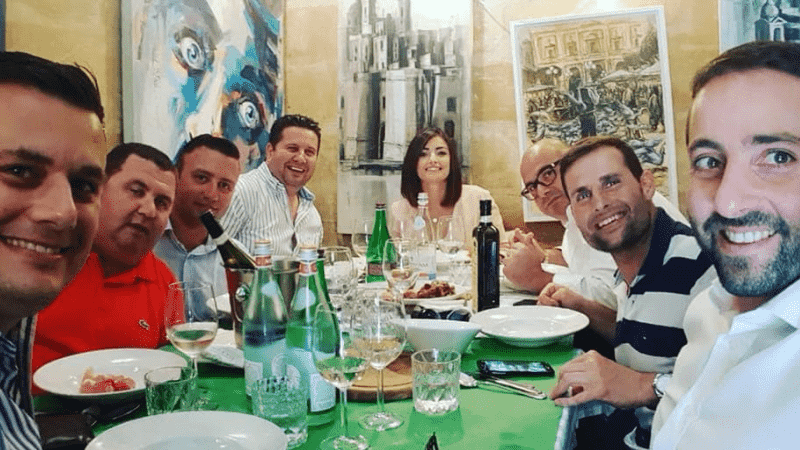 I don’t want to write a post on the sadness I feel about a woman’s life cut short, about the life deprived of her ahead for her children, about the tension as the man who made them orphans is holed up in his house with the police outside. It’s not because I don’t care. Of course, I do. It’s because it helps nobody to know that I have basic human faculties when everyone who hasn’t killed their wife is on social media today mourning the dead mother of abandoned children and asking if anyone else felt that earthquake.

I’m moved to write less by the murder and more by the political machinations that followed it.

Consider how the Labour Party’s women’s wing were among the first to comment hoping they could give themselves and the party they belong to, which has administered this country for a decade, an alibi for any suggestion of political responsibility. “Society failed you,” they said, pathetically addressing a woman who cannot read, let alone reply with justified anger to, their poor attempt at poetry.

With all due respect, this murder, quite apart from being the direct responsibility of the perpetrator, has its causes in the failures of the authorities to use the several opportunities they had to prevent it. Society has given the authorities this job and the authorities failed. Society did not fail. Though of course there are the usual barbershop victim blamers who, when confronted by the simple scene of a man holding a smoking gun and a bleeding victim dead at his feet, they would seek to find what the victim did wrong rather than the perpetrator.

It must have become clear for ministers that the attempt of the party’s women’s wing to blame this on everyone so no one is found responsible was not going to cut it.

Minister Byron Camilleri said today in a rare media appearance that after speaking to his colleague, Minister Jonathan Attard, he has called for an inquiry to find if any authority could have done things better and avoided today’s murder.

If? If, Minister Camilleri?

It’s not a matter of if. It’s a matter of having someone document how the authorities have failed.

Consider how the minister, unblinking, said that the court was due, in November next year, to hear charges following a complaint by the victim about her husband. Are you asking yourself if this is a failure?

Allow me to explain. Back when domestic violence was merely a national plague and before Rosianne Cutajar and other self-appointed heroes utterly bereft of competence volunteered to rescue us from the latter Middle Ages, a victim of domestic violence could walk to the nearest police station and file a report. Soon after, often within the day, the local police would have a word with the alleged perpetrator making a fairly immediate assessment of the situation. And if charges were issued they were heard by the district magistrate at a hearing a reasonable time after the incident. The hearing would lead to punishment or to other suitable measures ordered by the magistrate and, one way or another, life would go on.

I don’t mean to suggest for even a minute that this system, such as it was, was effective in combating domestic violence. It was flawed and it allowed victims to suffer and sometimes be killed. Misogyny was the order of the day. Untrained police officers frequently failed to understand the meaning of the reports filed by the victims, disbelieved them, or trivialised their complaints, increasing their suffering rather than easing it. The system needed, desperately, improvement.

So, in come the heroes of our time. Look at this link to the launch of the police’s domestic violence unit inaugurated by the very same Byron Camilleri and Police Commissioner Angelo Gafà the man who complains about being criticised when things go wrong. He shouldn’t be surprised. He should be reminded what he said that day: “The commissioner said that since assuming his role, he had made the handling of domestic violence one of his priorities.” Imn’alla.

The domestic violence unit is a set up within police headquarters in Floriana that’s supposed to replace the untrained boy in blue behind the counter at the police station. Though the blue boy is still the place the victims first go to. “Mhux hawn ħi” the victims are now told with a hint of delight at having been spared unpleasant work mixed with indignity at not being trusted with handling the matter.

After some struggle D.V. is clarified as meaning a department at police headquarters in Floriana. Depending on the conditions of the victim this is often simply inaccessible or impractical. They need to find a way of keeping the children somewhere while they saunter to Floriana by public transport. When they get there they find a large crowd waiting outside the supposedly specially resourced unit against domestic violence. Many cannot afford the time, cost, and risk of waiting their turn.

The next problem is there’s no triage. Some people are waiting because their husband called them names which is of course an offence, which needs to be dealt with, but which is automatically referred from any police station to police headquarters without regard to the fact that the window is being choked by these, let’s call them less obviously risky, situations forcing people that are here to complain that their husband or boyfriend has threatened to kill them and they have every reason to treat that threat with utmost seriousness to the back of the queue.

If there’s no triage, it’s first come first served. That means that the police sergeants with the unenviable job of making notes of all the domestic ugliness of the country are often so overwhelmed that they are hardly able to prioritise between situations.

It gets worse. The police not only do not prioritise, they do not filter through the complaints they receive. All of them end up in charges and a scheduled court hearing, even if in their judgement a complaint is unjustified or easily resolvable by other means without waiting for a court hearing.

Remember how I said that charges filed by a police district would go to any of the duty district magistrates? Well now that we have a single point in which reports are filed on domestic violence, we also have a single magistrate to hear all these cases. And the odd case of a serious death threat waits its turn behind the dozens of cases that do not amount to a threat of worse violence.

Today’s victim’s alleged murderer was the subject of a protection order by the court, Byron Camilleri unhelpfully pointed out. He sounded like he thought that the way to prevent a man from executing his intent on killing his wife is by getting a magistrate to issue him with an order to please not to. The minister should not have stopped at the fact that a protection order existed but rather explained what it is that his department did to enforce it and make the protection order of any use to the victim. Bugger all. That, I would say, is also a failure of the authorities.

Even with a protection order in place, which should have at least prioritised official action if other subsequent complaints from the same victim against the same perpetrator came in, another complaint against him was scheduled to be heard by a magistrate 12 months from now.

That’s not some sort of record. I have seen domestic violence cases scheduled for May 2024. How many times can you kill your wife in the 19 months it will take her to have her day in court and tell a magistrate about the threat of killing her you slapped her with this morning?

When they fail to blame society our political and administrative leaders who introduced these “reforms” will try to blame everyone and everything between the victim and them. They’ll blame the police officers who deserve a sainthood for daily handling hundreds of complaints from all over the country as if it was physically possible to do so. They’ll blame the magistrate hearing alone all domestic violence complaints, all custody disputes, all complaints about fathers dodging alimony payments, sometimes at the rate of 60 cases a day, as if that was even humanly possible, as if it was anywhere near enough meeting the rate of complaints that come in.

When in reality they need to blame themselves for publicly resolving to save lives when they needed to look like they were doing something about yet another murder and did what our politicians tend to do when they want to look busy.

They write laws, print them, deliver a glitzy press conference about them, if they’re so inclined inaugurate some repurposed office transformed merely by a change in the brass plate outside it, and leave it to thoughts and prayers when another woman falls.

I don’t blame activists for demanding an anti-femicide law as if declaring in our criminal code that killing women is bad was ever going to change anything. It is not the responsibility of activists to address the need of the most vulnerable in our society for protection. By doing what the activists asked them to do and declaring mission accomplished ministers made these women promises they did not intend to keep. They made and broke promises not just to the dead women but to every bruised and scared one out there who still doesn’t know why she should bother to look for the ‘Dì Vì’ when it’s clearly not going to do anything for her.

I find that my human capacity for sympathy and sorrow for the grieving family of a woman who woke up this morning never to see another sunset is redundant and futile. I find however that my human capacity for anger at authorities who never find themselves responsible for gross failure in delivering the terrible responsibilities they took up so lightly, utterly unaware of their unsuitability for the gravity of their mission, is at least potentially, I can only hope, more useful.