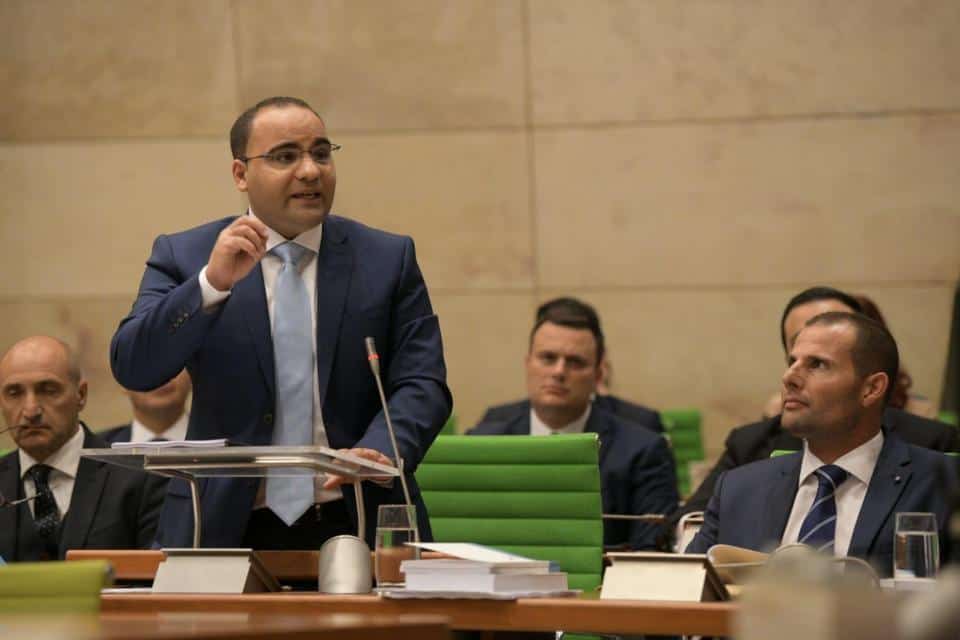 Clyde Caruana yesterday congratulated the FIAU for its vision for the next four years, half-heartedly acknowledging that the “mistakes” that got us grey listed did happen but will not be repeated. In 10 years, the financial intelligence office staff has grown tenfold, its budget has proliferated by a factor of thirty. Surely now we have all the financial intelligence we need to police financial crime and to act on it.

It’s fine to acknowledge progress when it’s achieved. But the stubborn refusal to acknowledge where the problems persist shows that in reality, at the political level, we still live in the titanic chaos where Keith Schembri could get on the phone and get an Iranian serial fraudster a license to run a bank.

We can have all the intelligence in the world, be aware of every single wrongful transaction that passes under our noses, deploy armies of analysts to write reports about every one of the hundreds of daily suspicious reports that are filed with the FIAU. Intelligence remains but a tool. The real measure of success, or in our case our failure, is in the final outcome.

The final outcome is not the administrative fines that the FIAU issues and that carry the headlines. It would be, if we had a legal framework that upheld those fines. It would be if those fines became a proper deterrent that scares away wrongdoing. But courts are striking down those fines, reducing them to a husk of what they’re meant to be, certainly nothing like proportionate punishment. They’re doing that not out of spite but because the method of imposing those fines, without the safeguards given to anyone convicted of a crime, is unlawful.

I can see why the FIAU and the finance minister would like to keep the policing and the punishing of financial crimes within the controlled, sterile, keyboard clicking environment of their agency, their ministry, away from the low-budget clumsiness of the police department and the prosecutor’s office.

For here we have the mortal sin of the effective politician, the go-getting administrator, the guy who knows he can’t solve all the problems of the government he works for so he’s going to focus on solving the problems of the corner he’s responsible for.

Even if the FIAU were to become a world-class intelligence agency, so well-reputed that it would be asked to coach the NCA and the FBI, on that alone our country would not be able to claim itself capable of addressing financial crime properly.

Incidentally, the NCA and the FBI did not ask our FIAU for coaching. Let’s please not be so impressed that officials from Montenegro and Libya asked for the FIAU’s advice on how to run a financial intelligence agency. At the risk of attributing collective guilt on the basis of nationality, I cannot help expressing the suspicion that if there’s any lessons the Libyan and Montenegrin authorities would want to learn from Malta those would be on how to look like you’re policing financial crime without actually inhibiting it in any way.

But that’s just a comment and, admittedly, a cheap one.

The fact is that we need to have more than a humming financial intelligence agency. We need a proper financial crimes police department, a guardia di finanza, a uniformed agency that clicks more than keyboards, it clicks handcuffs as well. The police have also increased capacity in their erstwhile economic crime unit, now the financial crimes investigations department. They have more people working there. They have a larger budget than ever before. And they have nothing to show for themselves. It is a headless behemoth, a toothless crow, a limbless blob of inertia.

Therein lies the first weak link in the chain that connects the crimes on which we now are told we have unprecedented intelligence and the rattle of sliding prison bars.

A weak link is one thing, but the chain flops disconsolately in emptiness there where the next link should be. The prosecution service, the lawyers for the people, the representatives of all of us who are collective and individual victims of financial criminals, is a veritable mess.

If you don’t have your face in your hands as you weep while watching the partial prosecution, such as it is, of Pilatus Bank you still have not understood that you have under-staffed, under-trained, under-funded, undermined novices representing you in prosecuting the crime of the century, the chief “mistake” that got us grey listed in the first place to Clyde Caruana’s apparently still surprised chagrin.

The prosecution of Pilatus Bank (which is ongoing but going nowhere) and the prosecution of its owner and its directors (which the recalcitrant prosecutor seems utterly unwilling to even attempt) should have been the case for Malta as it sought to mouth Clyde Caruana’s words from yesterday: we’re no longer the country that had been grey listed. We’ve learnt our mistakes and we won’t repeat them.

Someone whose opinions I have a lot of respect for, recently chided my friends and me for putting so much pressure on the prosecution service and on the police that we’ve reduced young police officers and young state attorneys to tears, even to resignation.

I find, even if I say so myself, that I have the capacity of self-reflection, to look into myself and wonder if I’m partly or fully to blame for the things I criticise.

What would reduce those people to tears? Would it be Repubblika activists and windbags like me complaining that Pilatus, its owner and directors are not being properly investigated, charged, and prosecuted or not being prosecuted at all, or would they more likely be crying because the people who are supposed to be their mentors are defending their decisions to let the criminals who put Malta to such worldwide shame get away with impunity?

Clyde Caruana celebrating the glorious transformation of the FIAU sounded like the restaurant manager of the Titanic priding themselves of how shining the polished silverware was when the ship was sinking. And frankly I’m not going to take his word for it.

Increasing thirtyfold the budget of an agency is something a finance minister can achieve without much effort. Where, he should be saying, are the results?

Previous:The wrong way out of gridlock
Next:Domestic violence: how they made it worse