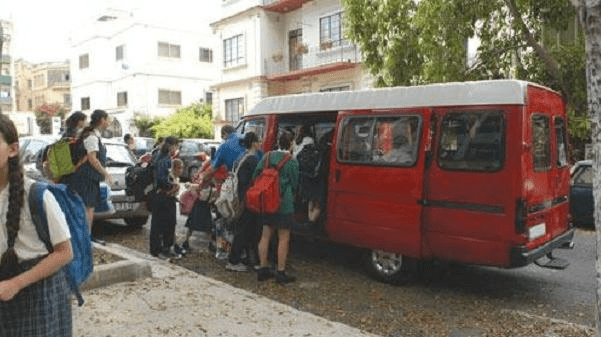 An 11-year prison sentence was confirmed yesterday on a school bus driver who raped, twice, an 8-year-old girl entrusted to him to bring home from school. The violence occurred several years ago when the perpetrator was 24 years old. He threatened his victim, saying he would hurt her sister if she spoke out. On multiple occasions he beat her. Once he hit her in the face. Another time he kicked her in the stomach.

The girl’s awful memories were suppressed for many years but they conditioned her life causing her much pain and suffering. I will not provide details because this is not an exercise in curiosity. It is clear from several expert witnesses who testified in her case that every day of the 16 years that have gone by since she was raped by a school bus driver have been conditioned by the violence she has suffered.

He didn’t just rape her twice. He didn’t just beat her. He didn’t just hold her against her will on 8 separate occasions. For all the years of her life since, he stole her very identity, he disarmed her of the ability to trust and allow herself to be loved, he caused her physical pain, and devastating psychological inhibition.

Rape in Malta is punishable by up to 9 years in prison. If the victim is younger than 12 years of age up to a further 3 years can be added to the penalty meaning that the most someone who rapes a child can be punished with is 12 years in prison.

Rein in moral outrage that, frankly, if it can ever be justified would be in cases where children are hurt by adult predators. Consider however that no 8-year-old is capable of understanding sex let alone consent to it. Consider that in this case the victim was not merely sexually violated but she was violently assaulted in order to allow her assailant to enjoy impunity. Consider that her rapist did not merely have the duty to drive her home from school but was entrusted with the duty of protecting her from harm, not inflict the harm himself. Consider that the convicted rapist did not attempt to explain his actions as the product of some compulsion he sought to restrain, but rather he denied committing the crime happily and callously trying to get away with it.

Considering all that, the only rational conclusion I can come to is that 12 years of prison are not proportionate to the heinousness of child rape. Frankly, 9 years is not proportionate to rape where the victim is of any age, but let’s keep this about the children for the moment.

I am not going to go all bloodthirsty and point out with barely concealed admiration that in Saudi Arabia someone like that is beheaded and that several US states impose mandatory life sentences. Let’s keep the comparisons with jurisdictions of similar penal traditions. Rape of a child under 13 years carries a maximum of a life sentence in the UK. Germany imposes a maximum of 15 years. France imposes a maximum of 20 years. In Italy the punishment is up to 14 years.

You would say that some of those punishments are not miles away from the 12-year maximum imposed in Malta. They aren’t and therefore any adjustment to make the penalties harsher need not be revolutionary.

And yet we should still do it. We should still send the signal that the outrage of sexual violence on a child hurts us all because every time it happens we fail as a society to protect the most vulnerable among us.

Previous:Behind closed doors
Next:Public land is not in the gift of ministers