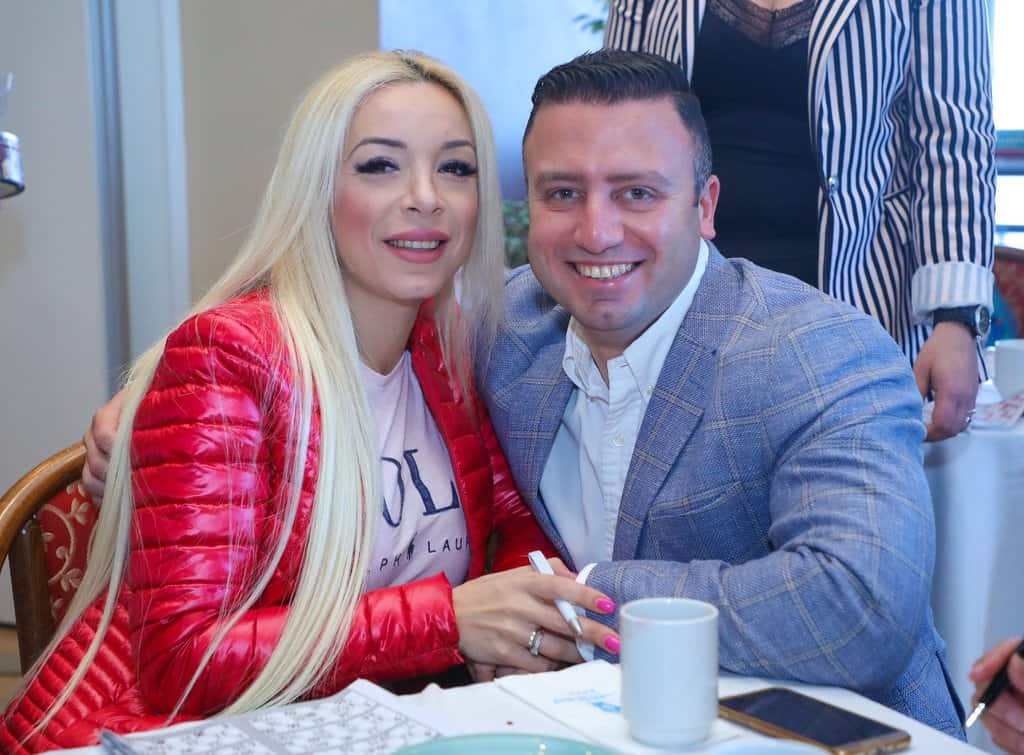 Much has been made of Clayton Bartolo going to a football match between a team in his constituency and a team from Manchester, England and him wearing the kit of the Manchester team like an incontinent fan boy.

The incident was analysed to death. Many pulled out of the drawer the well-thumbed explanation for everything that is strange about this country: that Clayton Bartolo was stuck in colonial times and like the few who did not rise to sing the national anthem in protest at a dusty provincial game that moved Rużar Briffa to tears of eloquence, he preferred “the foreigner” over the home grown.

I’m becoming increasingly less impressed by this macro catch-all explanation of a collective psychology of subservience that is supposed to be a colonial hangover which conditions even our great and good. Frankly, I rather suspect that analysis would be giving Clayton Bartolo too much credit. I cannot digest the idea that anywhere in the recesses of his hollow psyche there could be hiding any subconscious influences from sources that stopped radiating on this country decades before he was born.

I’d rather subscribe to the adage that the simpler explanation is always the better one. Clayton Bartolo is not an intellectual slave of Malta’s colonial yoke. Clayton Bartolo is breathtakingly, pathologically, immutably stupid. He’s an eejit of the first order. A man so far beyond his depth that he cannot swim back ashore if the shore held up a sign that said “swim this way to avoid drowning”.

It is not merely disloyal for him to wear the kit of the opposition. The Birkirkara girls would not for a minute have stopped to wonder if he was wearing a Manchester United kit because the poor sod was missing the Queen. If they gave the matter a moment of their consideration, they would have seen Clayton Bartolo for what he is, incapable of having a thought about how people might react to his most glaring choices.

Predictably he finished digging his grave with a Facebook non-apology. “Min b’xi mod ħassu urtat nesprimi s-sensittività tiegħi,” he said in a sentence which must win some Razzie for the poverty of its drafting and the gulf between what he said and what he ought to have.

“Nemmen li r-rispett politiku ma jitkejjilx b’ġakketta li tilbes għal partita ta’ 90 minuta,” he went on proceeding to congratulate himself for the important work he does whether he is he or he is not wearing a Manchester United football gear. Maybe he should consider going to the office wearing a t-shirt with “We’re Ready for Eddie” blazoned on its back or a smart uniform of the Waffen SS for his constituent home visits. Because, he says, the clothes don’t matter. 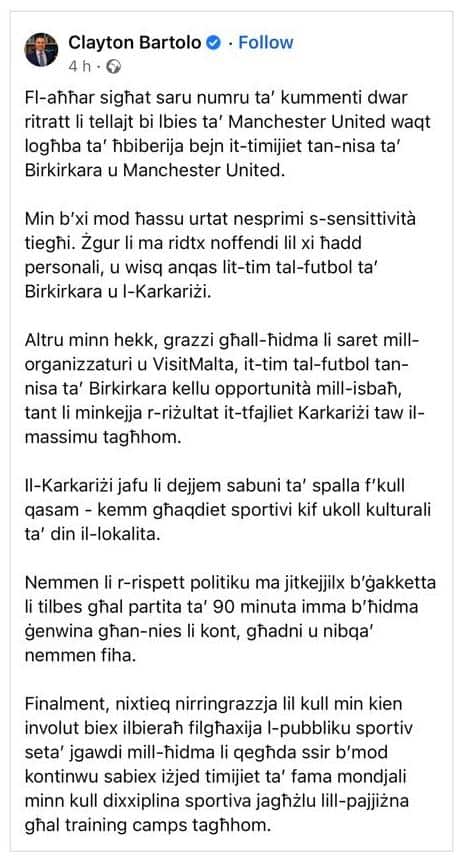 Previous:Cruising on a rescue boat
Next:The right to offend