The right to offend 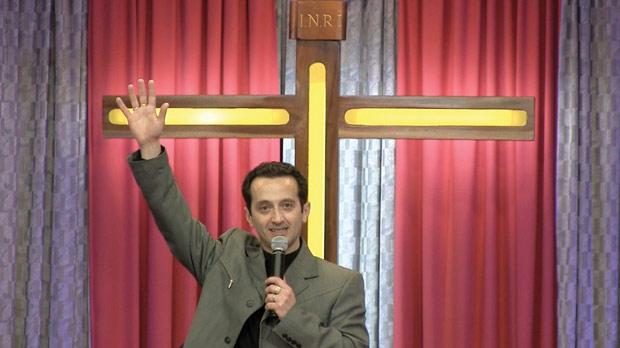 Matthew Bonanno is funny. His Bis-Serjetà posts are comical, smart, and provocative. They amount to a considerable share of all that can be called satirical in this humourless country. He works from within a transparent ideological frame which is a job requirement for anyone who is going to make fun of the ideas and actions of people they disagree with.

A year ago, in the aftermath of the brutal murder of Paulina Dembska, he expressed in a Facebook post his profound dislike of the River of Love group which calls itself a “family in Christ of people who are hungry for the Presence of The Holy Spirit and to always grow in the fresh revelation of the anointed teaching of The Word of God.” (Capitals in the original).

The alternative view, held not altogether rarely by people who also consider themselves members of “the family in Christ”, is that River of Love is a cult of bigoted bible-bashing fanatics whose sense of elected exceptionalism has been, can be, and likely is of danger to people they consider outside the “family”.

Matthew Bonanno was indeed reacting to evidence that suggested such danger. Paulina Dembska’s killer was to some extent under the influence of hallucinatory mumbo jumbo poured in his ear by the bigwigs at River of Love.

This is about Matthew Bonanno’s reaction and how the Maltese state is dealing with it.

Matthew Bonanno wrote that “River of Love should be treated exactly like ISIS” and once their office is moved to Buġibba that town should be “carpet bombed. Two birds with one stone.”

On the back of a police report filed by River of Love, the police have charged Matthew Bonanno with threatening River of Love. He’s going to have to respond to a prosecution of a crime.

Without, for the moment, looking at other cases of threats brought to prosecution by the police, let’s examine those two considerations for this case first.

Was this a threat? Did anyone at River of Love for a minute, for a second, have any reasonable cause to believe it was possible that it might be relocated to Buġibba and or be submitted to carpet bombing?

Was anyone living in Buġibba at any time experiencing any concern that their town might be at any point carpet bombed?

I would suggest no. Carpet bombing is such an unlikely scenario that using it in speech should be obviously hyperbolic, a manner of speaking that is so blatantly exaggerated as to self-evidently not be an expression of any meaningful intent.

It is not a real threat.

There is no meaning and no reason to suspect an intent to frighten or intimidate River of Love or the people who use its building or who live close to it, or that in any way anyone of these subjects of Bonanno’s post have in any way been encouraged to believe they might be seriously harmed by Matthew Bonanno’s inexistent armed air force or someone using their own armed air force acting on his behest.

That does not mean that Matthew Bonanno’s post is not worthy of criticism although given the two players involved one must resist the temptation of forgetting its context. The context was not the much more recent abortion debate. So-called “pro-life” people who are unsympathetic to Matthew Bonanno’s “pro-choice” position and therefore in agreement with River of Life’s position against abortion should overcome the risk of confusing two totally separate issues.

Why can Matthew Bonanno be criticised for his choice of words?

I would say because he was posting on his personal Facebook page rather than on the page belonging to Bis-Serjetà where he is identified by his obviously satirical alter ego Karl Stennienibarra. As such therefore, though no one could have imagined the phrase “carpet bomb” could ever have had a literal meaning, there may have been some slight risk that someone who did not know Matthew Bonanno was a satirist may have taken his statement as amounting to a threat. That doesn’t mean the post should necessarily have become a police matter because once it would become clear what Matthew Bonanno does, any genuine concern would have been addressed.

Whatever you may think about the language he chose, the only relevant question to ask is whether Matthew Bonanno had a right to write what he did or whether the fact that he wrote it amounts to a crime which needs to be prosecuted by the police.

I wanted to examine my conscience a bit to try to analyse this incident without any distracting bias. I share the profound dislike for River of Love that Matthew Bonanno has. I would not for a minute advocate violence against them (or anyone), but I wish they did not exist. This is not prejudice against religion. Though I am not religious I find myself perfectly able to live alongside people of faith. I cannot live alongside people who proselytise bigotry, prejudice, haughty exceptionalism, and the by all accounts misguided conviction that a god might exist as a function of their election to speak for him (or her).

It is better than to look at some other case. Maybe you remember how in November 2017, just over a month after Daphne Caruana Galizia was killed by car bomb, one Emmanuel Navarro wrote on his Facebook that since Roberta Metsola was a traitor, she deserved more than to be condemned. She deserved to be burnt alive.

He was arrested, charged, prosecuted, convicted, and sentenced to a six-month jail term suspended for one year. He was charged with inciting hatred on political grounds, misusing electronic communications equipment, insulting, and threatening Metsola in writing, being in breach of the criminal code and the press act, and breaching an earlier conditional discharge.

Even with these differences, the comparison with this other case raises the question whether the same laws that we have in order to deter people from telling Robert Metsola they would want to burn her alive, can also be used to criminalise and deter satirical exaggeration which is clearly intended to present a forceful, even hurtful, criticism of an organisation in the midst of a controversy, such as the revelation that Paulina Dembska’s killer was involved with River of Love had been, but also clearly not intended to threaten or provoke physical harm.

I would encourage everyone, starting with myself, to try to be kinder with their words. But I’d be horrified at the idea that the obligation to talk nice has become legally mandatory. I’d support laws that punish and deter incitement to violence particularly violence against people belonging to a vulnerable portion of society. I’d be worried about laws that prevent us from publicly calling out people we believe have done or can do harm to others.

We can have a debate on what’s the best style to express that criticism, but we cannot legislate style. If Matthew Bonanno’s choice is hyperbole and satire his right to speak out should be protected, particularly from the intervention of the state which is dragging him to a court because his words, it would seem, have been made a crime.

Previous:Clayton the Pointless
Next:I’m not too keen on that headline