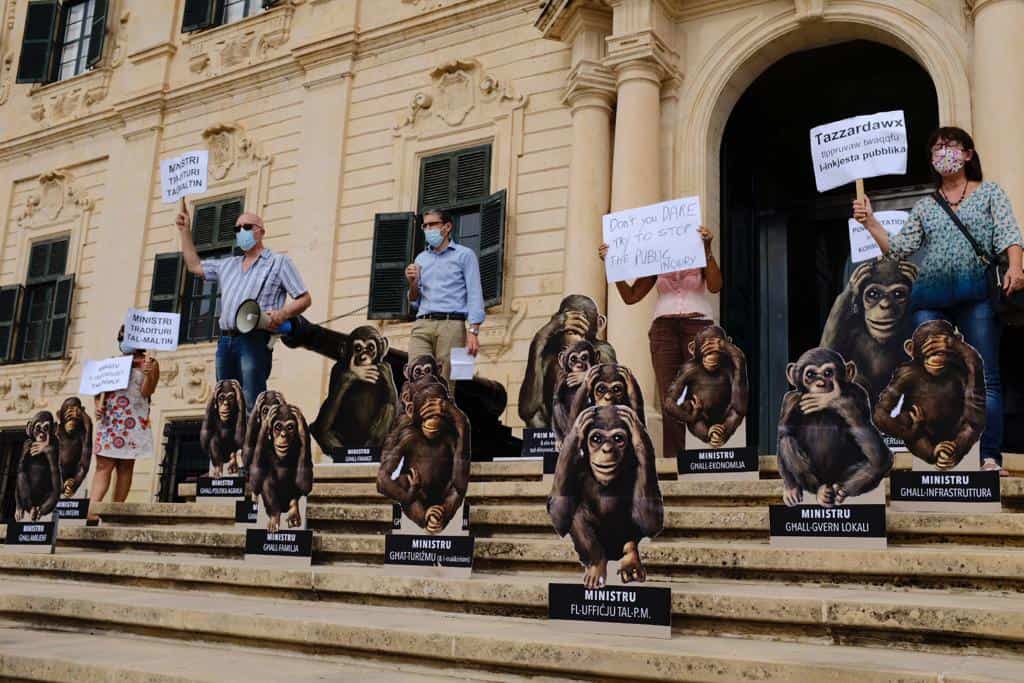 Let us accept, for the sake of argument, that the two men accused of killing Sion Grech 18 years ago are innocent of the crime. Due process demands from us to presume even the most obviously guilty as innocent until proven otherwise. Which logically means that if they are never proven otherwise, beyond reasonable doubt, to the satisfaction of a jury of the accused’s peers, we must continue to presume them innocent no matter what we think.

On that basis their acquittal last week is the crowning of a mountain of injustices accumulated over the last 18 years. No one has been punished for Sion Grech’s murder. Whoever killed her has so far got away with it. Her family have known no peace and have no prospect of ever being given any. Also, two men have spent several years in prison, ostensibly on preventive custody, for a crime they are now permanently and irrevocably presumed to be innocent of.

Only Sion Grech’s killers are responsible for her murder. But the state has failed to do something meaningful about it. The interminable delays, the convoluted procedures, the mess in an indictment charging the accused with crimes that did not exist when the murder happened: those are all the responsibilities of the state. And the state has failed.

The case attracted the attention of the public, briefly, because murders do, murder trials do, trials of murders of transgender prostitutes, rare as they are, do. The people charged with the killing of Sion Grech were of North African descent which forced Facebook bigots to rank their prejudices, they needed to decided what mattered most to them, their transphobia, their Islamophobia, their xenophobia, their phobia of sex workers, their class prejudices, and on and on.

The same sort of stuttering confusion among the Facebook bitterati came as a reaction to the killing of Pelin Kaya run over by a cokehead allegedly intending to kill her. The aggressor’s family name, Camilleri, was disturbingly pedestrian until the fact that he was born outremer was discovered and the fascists could regale us again with their rhetoric about the inherent evil of being born anywhere south of Birżebbuġa and north of Marsalforn. The fact that his victim was also born outside Malta and made this country her home of dashed hopes and shattered dreams was conveniently glossed over.

Not everyone agrees with me that Joe Mifsud’s reception committee speech in the magistrate’s court in the evil presence of Jeremie Camilleri was a poor show for Malta’s judicial system. Many, rather, as Joe Mifsud will have calculated, considered his well-rehearsed and scripted spontaneous outburst as a flash of rare brilliance from our otherwise incurably moribund judicial system. At least Joe Mifsud was showing signs of life, some wrote.

The idea that our state’s ability to ensure justice is at best occasional and inconsistent is so pervasive that Robert Abela yesterday dropped the pretence of “defending the institutions”. Not for the first time. When he roared like a wet house cat after Joseph Muscat’s house was searched by the police on a magistrate’s orders, there was no pretence that his executive branch had confidence in the judicial system.

The mask of ‘let the institutions work’ is only really convenient when the institutions do not work and Joseph Muscat is allowed to shred the evidence of his crimes in peace. Yesterday Robert Abela warned the courts to do their job, stop demoralising the enterprising police by failing to convict the people the police bring to them for justice, and generally get with the goose-stepping rhythm managed from Castille.

I’m not sure what he hoped to achieve with that speech of his yesterday. Robert Abela could just have been displaying his inability to resist envying Joe Mifsud for capturing headlines. The prime minister might have just felt it was a good day to talk tough on crime because he could see that people like that stuff.

Or the prime minister might have greater insight than his insipid public persona suggests. He might actually be starting to perceive the consequences of years under his watch and the watch of his predecessor and erstwhile client, Joseph Muscat, when the ability of the state to do any crime-fighting, such as it was in 2013, had been consistently dismantled.

Robert Abela could pretend to his audience that the police, who work under his direct authority, are not to blame for this and the problem lies in the courts. There are problems in the courts, no doubt, but many of those problems are in the government’s control and the government’s ability to reform. There are less magistrates than we need, they do more work than anyone could be asked to, the procedures are based on ritual rather than on even the most basic levels of modernity that would be commonplace in even the smallest law firms.

And, of course, when the government still could, they hired some magistrates (and judges) that are just not up to the job. Do I need to bring up Joe Mifsud again?

But the problems in the courtroom aren’t even the biggest problem we have, great as they are. The prosecution service is a joke and no one but the government is to blame for that. Labour inherited Peter Grech though when he proved so convenient to their vicious schemes they didn’t mind all that much. They hardly upgraded the prospects of the office with Victoria Buttigieg. More of the same was precisely what they needed.

The prosecution of crimes in this country is in utter shambles. There are problems of capacity, of competence, and quite likely of complicity. Most of the times they don’t even pretend to be keen on successful prosecutions. The few times they do, they set themselves up for disappointment. The exceptions – such as Philip Galea Farrugia – shine so brightly that their rarity is perplexing.

The same ratios apply to the police force. The few who mean well, want to do well, and have something of the quality needed to get anywhere are becoming fewer by the day. Senior police resignations drop like autumn flies.

Robert Abela blames the courts for the demoralisation of the police. No doubt there have been inexplicable decisions even by the courts that will have pissed off some boys in blue. But can Robert Abela ignore the vile decision of Victoria Buttigieg to relieve of a murder charge a man accused of trying to kill policemen in the line of duty by shooting at them at a botched bank heist for no obvious reason, except the less obvious reason of helping two former government ministers to avoid prosecution for complicity in armed robberies?

And can Robert Abela seriously ignore Angelo Gafà’s grotesque failure to mobilise the police force, to give its members, particularly its senior officers, a sense of purpose, of direction, of mission. What can the mission of the police be if not to bring to justice all criminals no matter their connections, or even to bring to justice all criminals together with their connections?

How can the police have a sense of that mission when the people with connections laugh at us? Think Keith Schembri, Konrad Mizzi, Chris Cardona, Joseph Muscat. Some say that the more time passes the less it makes sense to keep mentioning these people who have been on people’s lips for the wrong reasons for the better part of 7 years now. I don’t think the police think that way. I think the longer people the police think should be facing justice manage to avoid it, the worse the police – the good, honest cops who are in it because of their sense of service and purpose – feel about themselves and about the justice system they belong to.

There has always been corruption but the impunity expected and enjoyed by the perpetrators, the flagrancy and the audacity with which criminals move has no precedent.

Someone might be telling Robert Abela about how the fire he has ignored in the attic could burn the house down eventually. If people lose confidence in the ability of the authority to fight crime they will stop cooperating with the authorities making a bad thing worse. When people think the authorities would no longer protect them, they will see who else might do that job, maybe even, the criminals themselves.

Robert Abela fished for applause, Joe Mifsud style, when he drove a wedge yesterday between the police he controls and the judiciary he doesn’t. He went four legs good, two legs bad, and the sheep bleated with delight. There is no doubt that Robert Abela alone does not have the power and the authority to turn around the failure of our state to preserve and provide justice, but there’s hardly anyone more powerful and more influential than someone in his position.

And he seems helpless, unable or unwilling to provide leadership and bring about meaningful change. The opposition is getting better at pointing this out, which should be easy enough, but is still nowhere near presenting itself as a viable alternative option.

We are being taught by our leaders to feel helpless and not to mind. Until our house burns down.

Previous:Top reasons to join the police force. Number 17 will shock you.
Next:Shared delusions