A Central Bank of Malta statement announced that one “Dr Sir Narcy Calamatta KM” has been appointed chairman of the bank’s advisory board for its charity initiatives. I don’t know much about Narcy Calamatta. I remember him vaguely on TV in the days of the state monopoly in the 1980s particularly because at age 8 I thought it was funny how he said somme-e-shtoot-in-daff in a fake German accent. 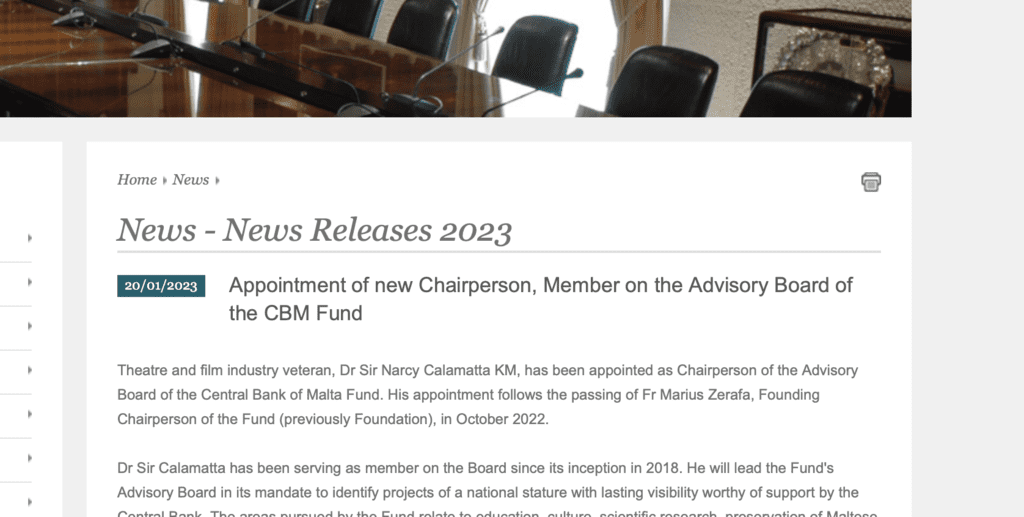 It’s the “Dr Sir” appellation that I found odd in the Central Bank’s announcement. Not the sort of combination you come across every day.

I checked out his biography on the Teatru Malta website. It’s a rather flattering bio so I doubt very much they would have left out a doctorate if he had one. His resumé says he got a BA Hons in Theatre Studies and Communications in 1992. He was 53 at the time.

That appellation, BA Hons, is also a bit off. If memory serves in the 1990s you could only get a BA Hons in one major. If you wanted two majors you did the shorter BA. But let’s not quibble over an extra year in university. Let’s agree that it’s a longer road to a doctorate. For all I could figure out Narcy Calamatta’s “Dr” prefix is self-awarded.

Now about the Sir. It seems Narcy Calamatta is a genuine knight. Here is the picture to prove it. He is actually designated “Chancellor of the Grand Priory of the Most Holy Trinity of Villedieu”. If you’re impressed, that is precisely the idea. It is meant to impress you. It certainly impressed the Central Bank of Malta so this sort of thing opens doors even at the tender age of 83. 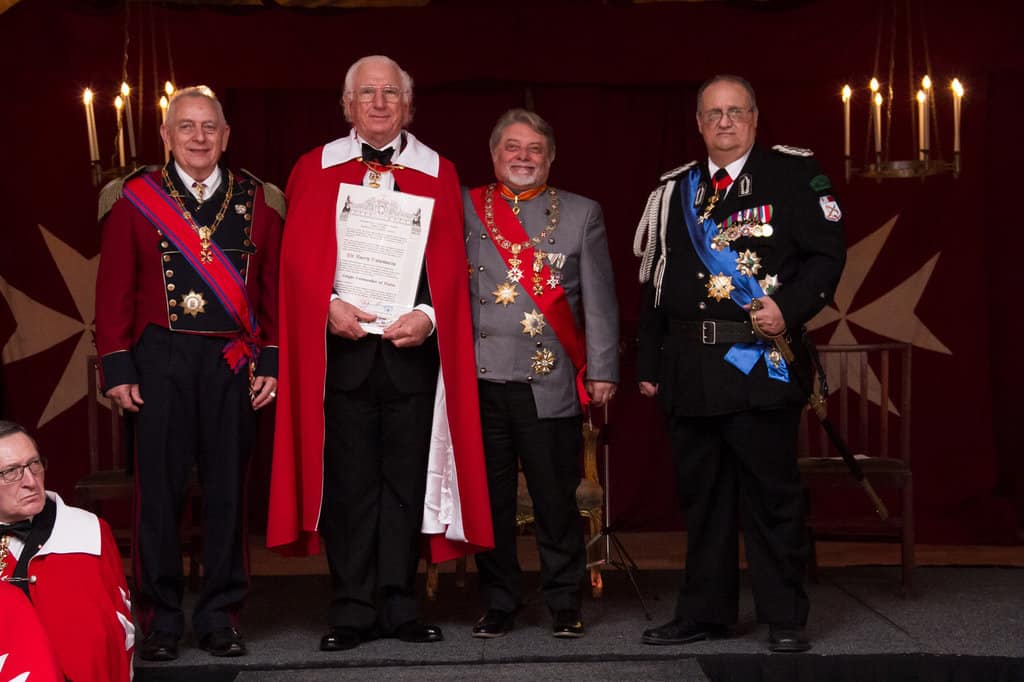 So, Dr Sir Narcy Calamatta is neither a Dr nor a Sir. Incidentally I learned from the pompous descriptions of the so-called Order he belongs to that Narcy is short for Narcissus. How appropriate.

Thank fuck they’re a fake Central Bank and the people taking care of our money work in Frankfurt.