‘We will not be silenced’ 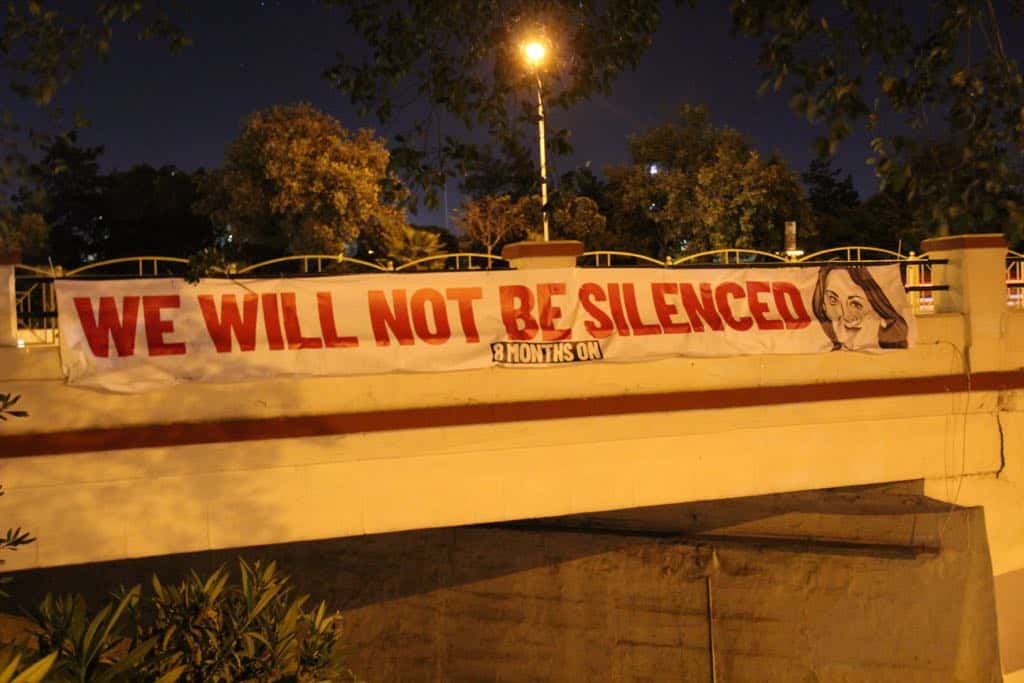 There’s a strong message in the banners that went up last night, 8 months since the killing of Daphne Caruana Galizia. She has been silenced. But that doesn’t mean everyone else will be.

It is a message to those who want silence because the sound of protest and the sound of truth reveals their darkest secrets. To those who need the silence so the inanities they pronounce can sound relevant with nothing to compete with. To those who have a nostalgia for times when dust stayed happily under carpets and we could all pretend. To those who would rather not do their job but still want to be paid for it.

‘We will not be silenced’ is a response to the bullies, the heavies, the trolls and their masters, the bankers and the politicians, the tycoons who use our country to launder their reputations.

It is a solemn vow that the boredom of others, the ennui that distracts them, the blind loyalties that bind them will not slow us down.

‘We will not be silenced’ is a call of example and an exhortation for duty. It is a challenge to wade through the fear and disadvantage, to outlive the loneliness, to face down despair.

We would love to be more of us, but it does not matter that we aren’t.

Eight months. Eight years. A lifetime. Nothing is more important than this.

And we are not as alone as we sometimes think.

Many read in silence and write in darkness. They make up their minds. And sometimes their anger shows and they come out and protest, timidly but wilfully. People we don’t know. People whose silence is not complicit but fearful.

This one protested at the gates of our embassy in Greece from where the Greek government was lobbied to drag Maria Efimova in chains here. And they asked them the question they should have been busy with instead. Who killed Daphne? 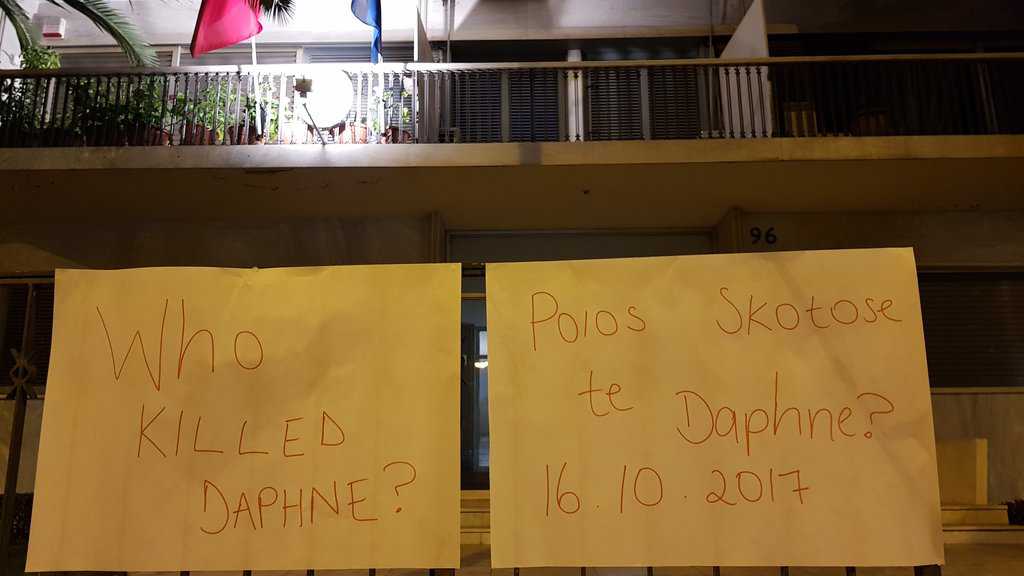