Defending the bulwark of democracy 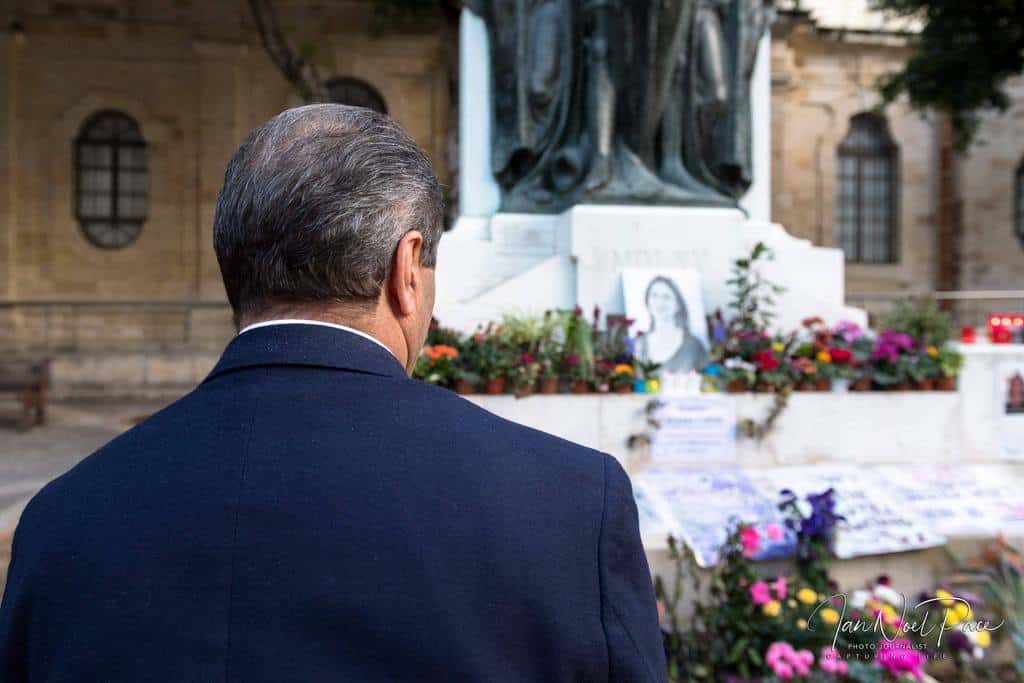 I don’t know if anyone showed Jean Claude Juncker a picture of the memorial in front of the Law Courts as it’s been reduced since last Sunday before he made his speech today. But he was definitely thinking of Malta and Daphne Caruana Galizia when he said that too many journalists across the EU were being “intimidated, attacked or even murdered,” and that freedom of the press was a bulwark of democracy.

The people protesting at the memorial over the last 11 months were saying no different. They were arguing for nothing more than for the protection of democracy.

Politics is, under normal circumstances, a competition between rival policy programs and rival alternative management teams. But sometimes there comes a time when deeper, more fundamental issues need confronting and resorting.

At times such as these we live through questions on whether taxes should be higher or lower, hospitals should be run by governments or businesses, roads should be wider or narrower — the humdrum noise of political normality — become secondary.

We are asking now whether our press should be allowed to act without fear of retribution. Whether activists, protesters and everyday citizens can speak their minds without fear of punishment. Whether we can walk in any public square and peacefully register dissent.

Bang in the middle of Republic Street is the physical evidence that we cannot. At times like these, we are all called upon to speak up.

It was reassuring to hear Jean Claude Juncker make less than subtle remarks about this state of affairs. There’s a lot of small politics around that. He’s out of the job soon so he no longer has unpleasant compromises he needs to make with national governments. The damning EP vote punishing Victor Orban of Hungary also shows a renewed commitment of the institutions not to allow rule of law and democracy to be compromised in the Union.

But we all know that tyrants in the EU will back each other. The Polish regime will defend Victor Orban and likely Italy that is turning a tragicomic form of fascist might just defend him as well.

Unlike even his Labour colleagues, Alfred Sant was today the only MEP to refuse to vote to punish Victor Orban with his vote for breaking rule of law. At the European Parliament Malta’s former prime minister said that “if such approaches are adopted with regard to a given country, it cannot be excluded that they are also followed in other instances.”

He knows Malta is next. And Joseph Muscat will seek to avoid that.

Photo with this story is of Antonio di Pietro visiting the Great Siege memorial with mementoes and tributes left by people weeks after the assassination of Daphne Caruana Galizia. The photo was first published by The Shift News.