John Vassallo: The enemy within (Part 2)

This is a two-part series by guest author John Vassallo. The first part was published yesterday. 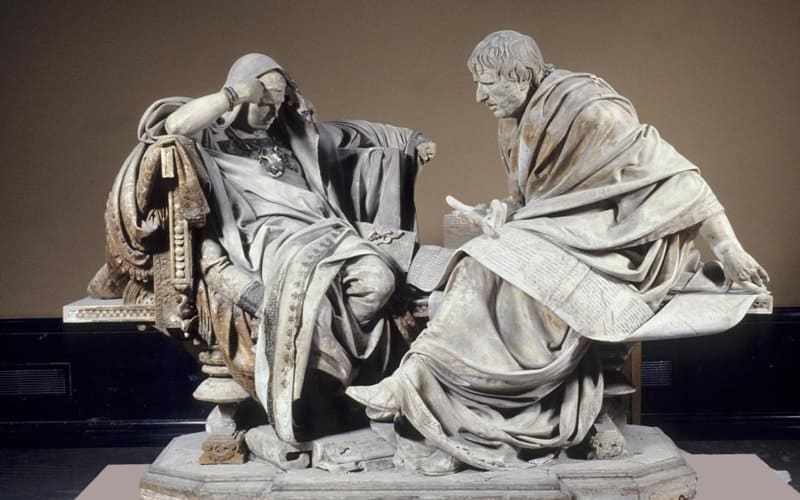 The Enemy Within (2): Traitors in our midst

Seneca, the Roman Stoic philosopher and adviser to Emperor Nero was the word of truth, integrity and reason in the court of absolute power of an irrational Emperor. He advised against the use of force and of absolute power. He argued that an emperor cannot do what he wishes but must listen to the words of reason and truth from wherever they come. For this reason, because of his fearless resistance to the irrational overrule by Nero, he was forced to take his own life. In Monteverdi’s opera L’Incoronazione di Poppaea on the libretto by Busenello dated 1643 many words of wisdom applicable to today’s situation in Washington and Castille struck me as I watched the opera this summer in Salzburg with the Maltese soprano Claire Debono performing one of the roles of the goddess of wisdom, Pallas Athene.

I am reproducing the text, in its original Italian, and will translate only one very relevant exchange starting with “Anzi l’ irragionevole commando distrugge l’ ubbidienza”.

Nero: No speeches please, I want to have my own way.

Seneca: Do not irritate the population and the Senate.

Nero: I do not care about the Senate and the population.

Seneca: Take at least care of yourself and your reputation.

NERO: I WILL PULL OUT THE TONGUES OF WHOEVER WISHES TO CRITICISE ME.

SENECA: THE MORE MUTES YOU CREATE THE MORE THEY WILL SPEAK OUT.

Seneca: He who is not right always seeks excuses.

Nero: He who has the power to do as he wishes does not need reasonable cause.

Nero: He who holds power is always right.

Seneca: But he who rules unjustly will always be less worthy.

Here is the original dialogue:

And here’s a clip of the scene from another production of the opera:

The analogy with what is happening in our own corner of the world excites the imagination. Apart from the fact that in our case the percentages are reversed, 60+% are on the side of the holders of  power and 30% on the side of the system of justice and the rule of law. Mob rule and ‘il-vuċi tal-pjazza’ actually is already governing us. It is not only a threat as it is in the US.

In our case the turncoats and persons willing to offer state evidence or to gain protection if they disclose what they know are vilified and threatened. We have nothing similar to the US independent investigator or special counsel. We must rely on the powers themselves to order within well-defined and timed, by them, terms of reference, a public investigation by a member of the independent judiciary. It is these terms of reference and the timing of the investigations that stifle and manacle our judges and magistrates. The only un-manacled and un-stifled investigating power lies with the police, yet these have made themselves conspicuous by their absence in the area of financial crimes, tax evasion, money laundering and election financing.

Whilst I do see some light at the end of the tunnel in the US in the upcoming mid-term elections, I do not yet see any hope of improvement in our own case. As long as the economic laissez faire boom continues and if the tribal allegiance of the Labour Party tribe members and of the switchers remains intact we will see no change. In fact, it is my firm belief that the demographic political and tribal divide is well reflected in the present proportion of votes as expressed in the last election in Malta. The members of our society, who belong to the Labour Party during the recent Maltese history from the turn of the 20th century until today, has always been around 65-70% of the Maltese population. The remaining 30-35% have traditionally been Nationalist, or Progressive or Green or alternative party members by tribal leanings or birth.

That we have had non-Labour governments for around 50% of the time between 1920 and 2018 finds its roots in several causes. In my opinion, some of these have been, the excesses of the Mintoffian years of the 70’s, the disagreement with Mintoff over Integration in the 50’s, the influence and pressure to vote conservative by the Catholic church because of its fear of liberal social policies, and of the Employers and professional classes because they liked the rule of law that the EU project promised, had swayed a good proportion of natural labourites to vote against their own tribe.

In the early 2000’s the entire picture changed. The proportion and sizes of the two Maltese tribes 70% Labour and 30% Nationalist remained the same. What changed were two things. The loss of influence of the Catholic church as a result of better education, internet access to international liberalism and the well organised propaganda and promises of the Maltese “New Labour” in the first decade of 2000 and the change of heart and allegiance of a good number of conservative, nationalist tribe members principally from the industrial, commercial, tourism and real estate sectors , who switched their allegiance to the “other “ tribe bringing with them their predominantly Labour tribe employees, who in the past could be influenced to vote Nationalist, to now freely turn to their natural tribal home and vote Labour without fear for their jobs and incomes.

Thus, what we got in 2013 what was a natural election result.  Had the promises of transparency, meritocracy, accountability and all the other beautifully crafted key words and slogans, probably created by Henley and Partners, Cambridge Analytica in secret pre-election meetings in Washington, Dubai or Panama, funded by Azerbaijani or similar endlessly rich funders, been kept to there would be no problem. These slogans fooled a good number of opinion makers and columnists. There would not be any need for the so-called Enemies Within, to turn state witnesses, to copy secret documents or to release Panama Papers and Luxleaks or any other Senecan arguments, because we would have had a clean transition to a period of good governance.

We have not had that.

Just like in the USA, we are in dire need of the truth to come out.

We need more of the so-called traitors in our midst to give voice to their knowledge, for real patriots within the system to protest from inside the Labour tribe against the failure of their own government to act with reason and rule of law, for workers being crushed by employers to ridiculously low wages and with a take-it-or-leave attitude and the knowledge that there always is an immigrant, a citizen from the poorer regions of the EU or beyond, willing to take their job at ridiculously low wages, living sixteen to a three roomed flat and not paying social security. We need the Labour party members to re-create the real labour party from within, ousting the group of politicians and businessmen, who, with tactics reminiscent of the early Hitlerian or Mussolinian periods of recent history, using a growing economy, road building and forced labour, have taken over governing this lovely country or what is left of it.

There is hope and, already some prominent Labour Party voices are being raised for workers’ rights to higher wages, for reduction of influx of low paid foreign workers, for protection of the environment and for social housing and help for pensioners.

These can rely on my voice to continue to sound for these sections of society and for the protection of our environment.