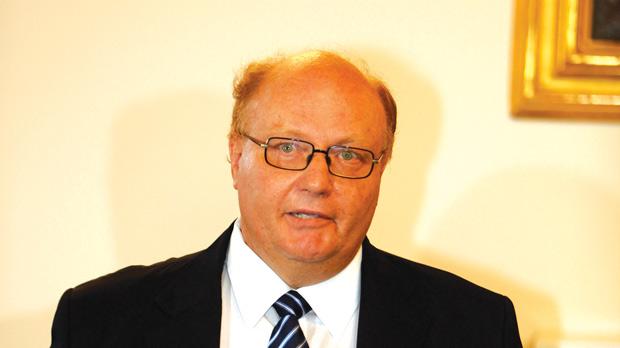 The attorney general responded to lawyers for Daphne Caruana Galizia’s family in a brief “interim” letter (see below) supposedly to meet the deadline they gave him. He said the opinion they sent him is being “actively considered” but since they insisted on a reply by the end of August he had to send them something.

It took Peter Grech mere minutes to review a 1,500 inquiry by Aaron Bugeja before he decided he can pass the whole of it to the suspect of the investigated crimes. But in three weeks he could only come up with a headline-grabbing non-committal non-response.

He says he regrets the innuendo in the letter he got from the lawyers from the Daphne Caruana Galizia family. He also says he does not expect the Malta police to provide “a running commentary” on their investigations. Whoever wrote that letter for Peter Grech intended that choice of words to be pregnant with cruel and hurtful irony.

Instead, it gives a blanket guarantee of the “unfettered discretion and freedom” of the magistrate’s inquiry.

Which is, of course, rubbish.

The magistrate may be free, but the resources he needs belong to the executive police on which he must rely. And they are driven and led as a partisan militia. The magistrate is neither investigator nor, in this role, a judge. The commonplace declaration “our judiciary is independent and impartial”, to the extent that it is true, is irrelevant here as the judiciary can do nothing until the police or the attorney general himself arraign someone in front of them. And they look like they don’t intend to.

And in any case, the government found the convenient device of removing a magistrate who in their view was too keen to get to the bottom of things by promoting him out of his job.

The letter by the attorney general itself is representative of the conflicting mess we’re in. He speaks of the autonomy of the magisterial inquiry without acknowledging that at its conclusion it will be completely at his discretion what to do about it. However free and unfettered the inquiry might be, at its end, he can bind and chain it to his lower drawer and ensure action is not taken whatever the magistrate recommends.

And yet he writes on behalf of “the Government of Malta” whose lawyer he is. His stationery says he functions within the Ministry for Justice, a department of the executive branch.

The institutional conflict is not Peter Grech’s creation though he’s right in the middle of it. Which is why the Caruana Galizia family asked for an independent inquiry. Here we are three weeks later and the request is not even acknowledged.

I would not expect Peter Grech to provide a running commentary. A simple yes would have sufficed. 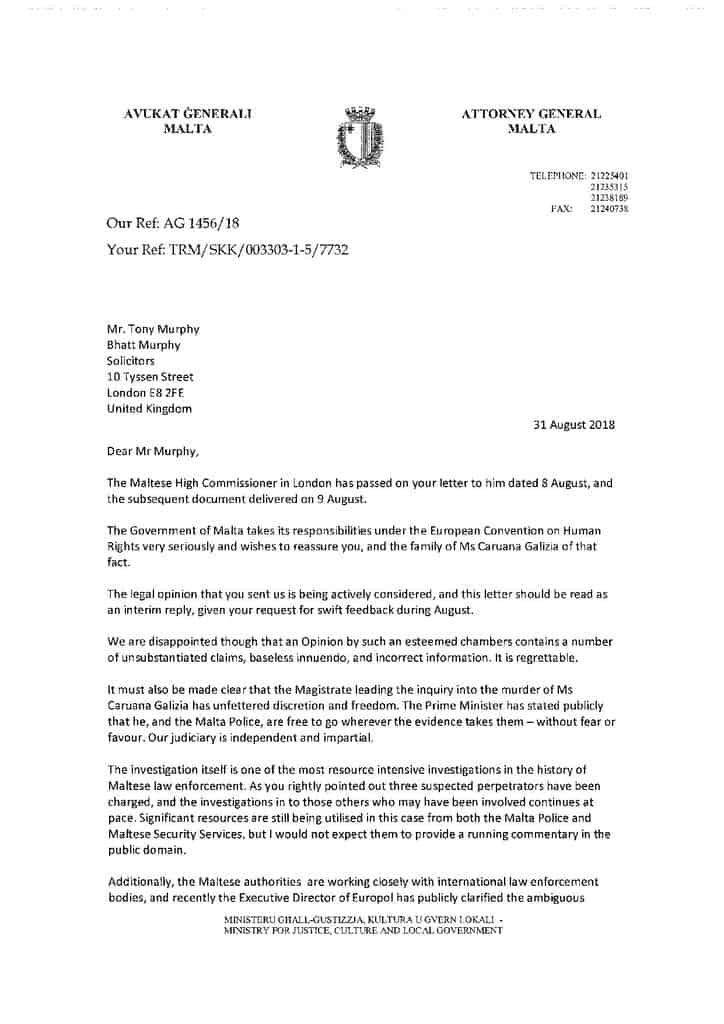 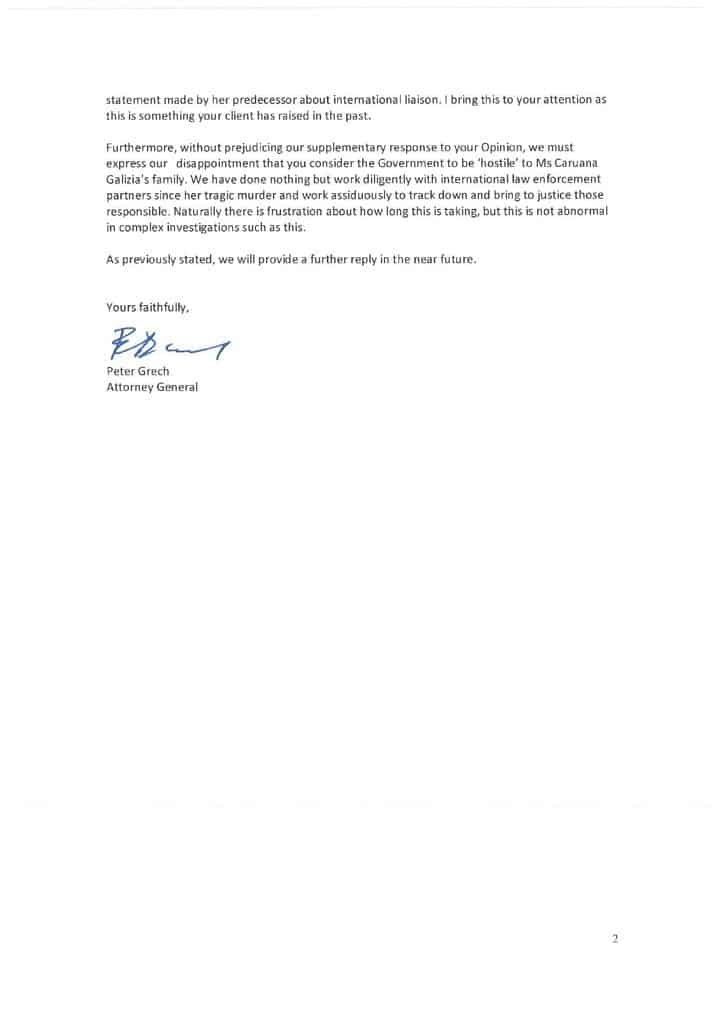 Previous:Karlati
Next:Latvian bank had identified payments to 17 Black as “suspicious”