17 Black is the worst scandal ever to have hit Maltese politics. There’s never been anything like it. At least there’s never been anything like it we have found out. The evidence is overwhelming. The documentary evidence is inescapable. If you cannot convict on this basis then really it is impossible to ever convict a politician or a government official who takes bribes for public contracts. The documents have fallen in the police laps in spite of themselves and with the determined effort of journalists in Malta and around the world.

We speak about the collapse of our democracy because the institutions whose job it is to act when a crime is discovered are cowering in fear or sharing in the spoils.

But you know what’s worse? That the Opposition, whose job it is to express this anger and prevent Joseph Muscat from getting away with these absurdities, collaborates in this ridiculous justice-dodging narrative.

Adrian Delia at a PN event yesterday supported the Prime Minister’s outrageous defence and said it is not clear who is being investigated in the 17 Black case. “The Opposition leader referred to the 17 Black inquiry, saying it was not clear about whom the inquiry was being made”. Who do you think? The croupier? 17 Black is of any interest to anyone because Keith Schembri and Konrad Mizzi have Panama companies with documentary evidence they expected 150,000 dollars a month from 17 Black.

Why does Adrian Delia cover for Keith Schembri and Konrad Mizzi? Why does he cover for Joseph Muscat?

He’s either a complete and utter fool. Or his vocation in life is to be Joseph Muscat’s buddy. Of course, the two are not mutually exclusive.

In the middle of the worst scandal in Maltese political history and Joseph Muscat’s flagrant abuse of power and obstruction of justice, Joseph Muscat and Adrian Delia met socially last night for friendly banter. 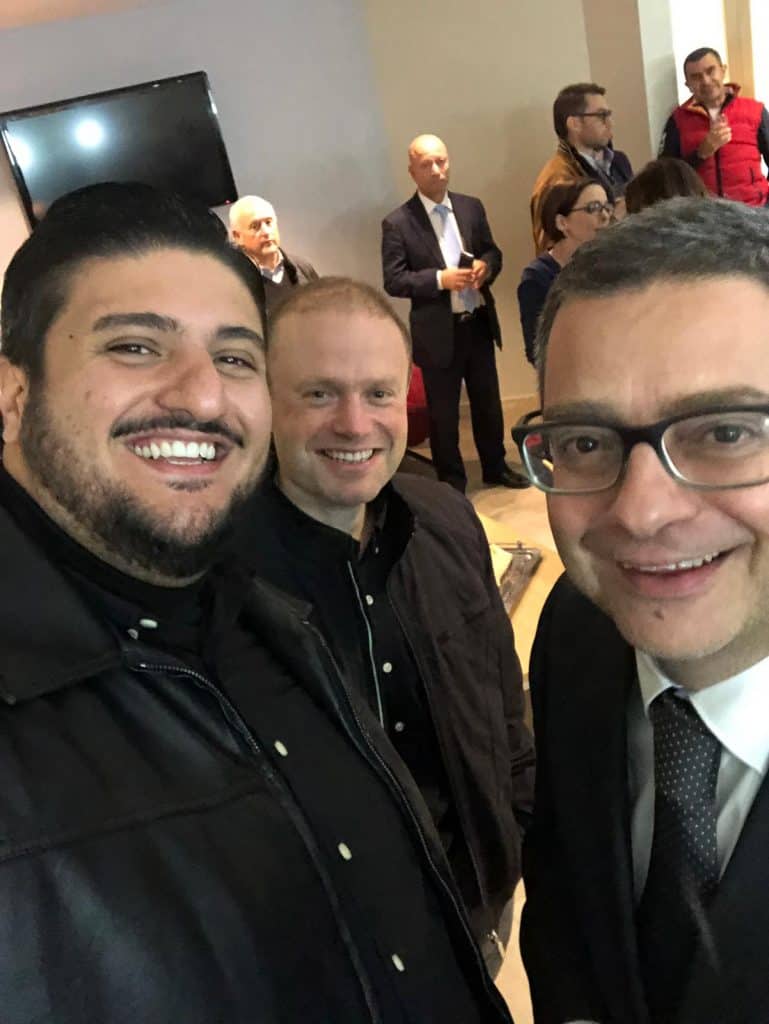 Their common friend, Luke Dalli, son of Helena Dalli, took this photo for posterity. This is how we get a positive Opposition.

This is why people see no prospect of change. MLPN has truly come to pass.

Previous:Children in State care are raped by a State employee. The rapist is charged. And the State?
Next:Repubblika: This is abuse of power