The only weapon a journalist has is credibility. Which is why that’s what people in power investigated by journalists focus all their fire-power on: destroying that credibility.

Daphne Caruana Galizia has become a worldwide symbol of this unequal relationship and how tyrants and crooks all over the world have understood that to get away with whatever it is they want to do they must get journalists out of their hair.

They avoid them or ignore them, as this government has systematically done by dodging questions, avoiding public engagement, ignoring freedom of information requests, blacking out released documents to the point of absurdity and burying the news in noise, colour and fanfare like goose-stepping May Day marches of older years.

They short-circuit them, as this government has systematically done spending stratospheric sums in social media advertising adopting the tools of extremists and terrorists of other countries making the methods of alt-right and ISIS official government methodology, without oversight and without restraint and obviously at the charge of public expense.

They discredit them and isolate them packaging their own version of the news to look like journalism when One TV and TVM are propaganda tools and their cameras, rammed in the face of protesters, journalists and their relatives are weapons of intimidation and humiliation.

They do all this so that people like Konrad Mizzi and Keith Schembri can still walk up the steps of Castille every morning without being pelted with small change. In a world without critical information, politicians are always kings like the beauties of myth who blind their audience so they never see them grow old.

We do not only gather tonight in memory of Daphne Caruana Galizia. We gather in support of those who continue her work and we gather in protest against those who censor it or ignore it.

This is our Daphne Project.

See you at 7 pm in front of the Law Courts. They haven’t walled the square up. Yet. 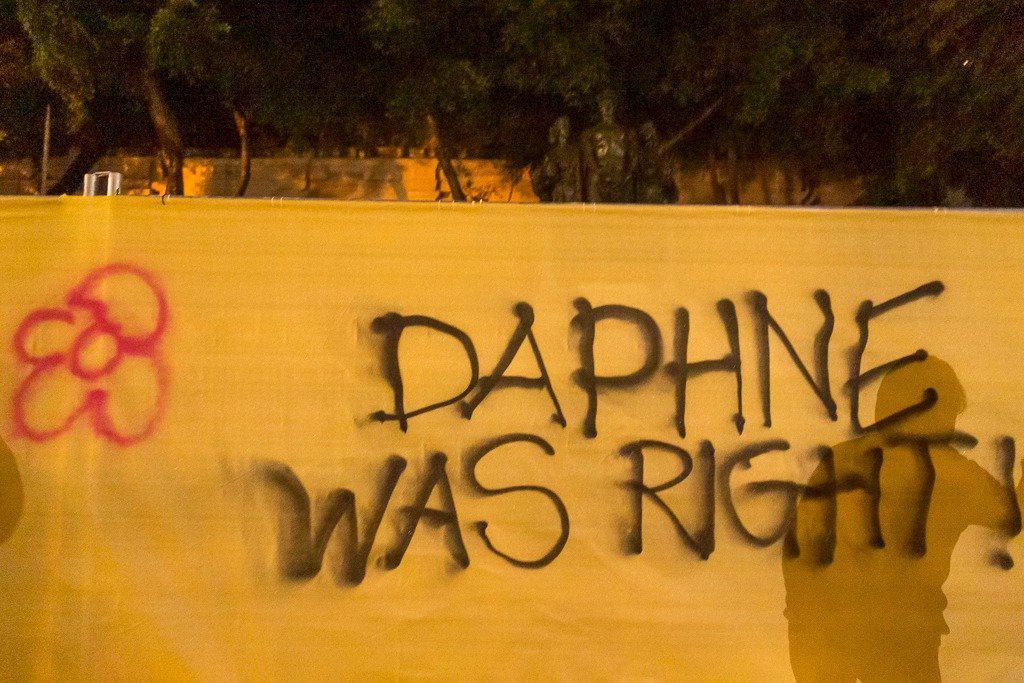