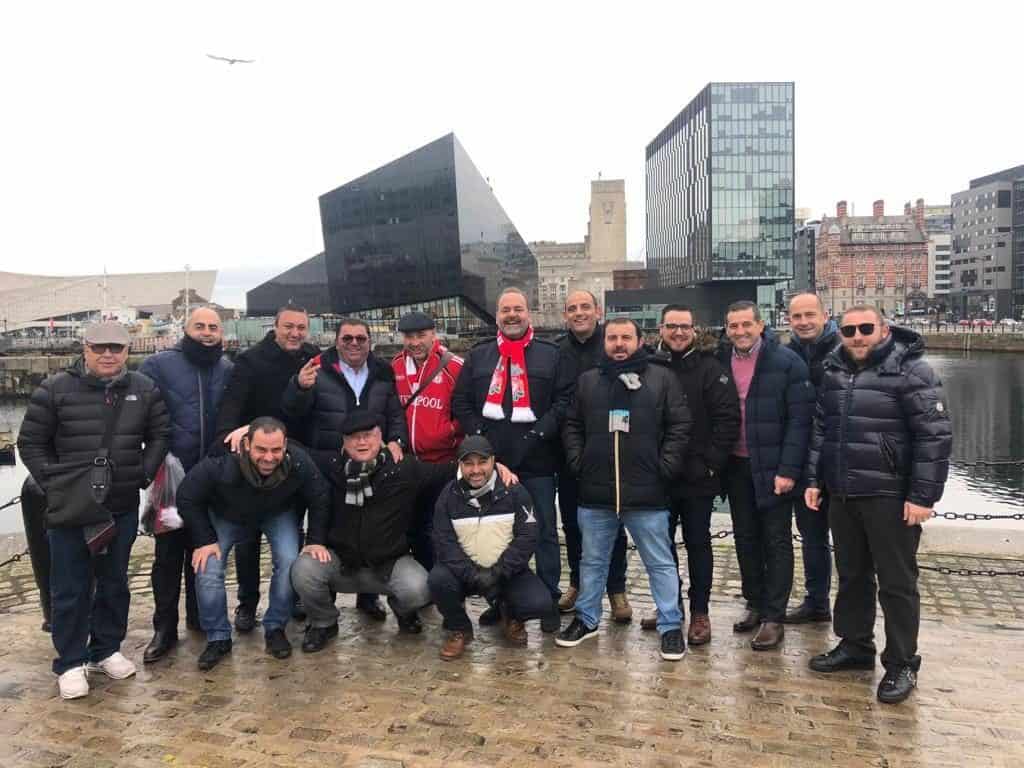 This is not a Chris Cardona went to Velbert story. Though of course, god knows where he’s been.

He went to watch a football match. He went with his government colleague Chris Agius known to his friends as il-Wefi and some other mates.

The mates include Silvan and Matthew Fenech, cousins of Yorgen Fenech of 17 Black fame and scions of the Tumas empire.

They had come to prominence when they rented a Portomaso apartment for no charge to Chris Cardona who at the time was between women and undergoing a bout of homelessness. When Daphne Caruana Galizia outed the arrangement Chris Cardona produced a copy of a cheque for a payment of the entire rental period paid out on his departure from that apartment.

He then declared the exact same amount he paid out, as income from rent. Too transparent for words.

In any case, none of them seems worried being portrayed as buddies so they’re not likely annoyed with this post.

Just weeks after we found out that the Tumas family had set up a Dubai company with a bank account identified in the records of Mossack Fonseca undertaking to pay Chris Cardona’s and Chris Agius’s colleague Konrad Mizzi $5,000 a day, the two don’t mind appearing in happy family pictures with the Tumas lads.

The best way to suppress guilt or shame is to pretend they’re not there and laugh them off. And laugh at anyone who points out this is not quite right.

These photos as evidence of pathologically amoral indifference appear to be prescribed by some in-house psychiatrist at Labour HQ.

Consider this Instagram picture of Owen Bonnici taken with his then-belle 13 days after Daphne Caruana Galizia was killed. This was the 29th of October, 2017. Within that time frame six months later the Slovakian government collapsed under the weight of the aftermath of the killing of a journalist there. 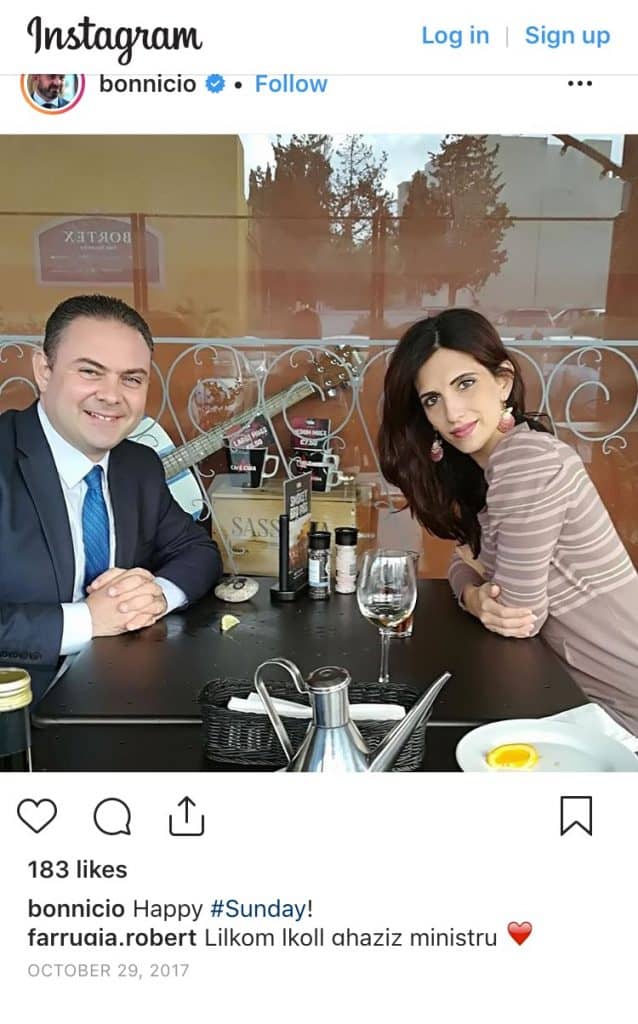 Here the Justice Minister was having a “Happy Sunday”. And he was shoving his prepubescent glee in your face.

That’s how they roll.