At one point during his testimony of today, Matthew Carbone recalled a conversation from last June that he had with Keith Schembri when they shared their disdain for how the level of Maltese politics was being brought down.

With all that’s going on, it may seem strange that one should be struck by this of all things.

But we often wonder what it would be like to be a fly on the wall. How it would feel to be a staffer in Castille with what you would think is the thankless job of somehow having to make Keith Schembri, Konrad Mizzi and Chris Cardona look good. You’d wonder if people like Matthew Carbone, who holds Kurt Farrugia’s breeches up, feel any shred of embarrassment. Or perhaps of professional pride in managing to cover for the worst crooks in Maltese political history: like the diplomat who sends you to hell and makes you look forward to the trip.

And sometimes, under the heat of the witness stand, we are briefly allowed in the private thoughts of staffers like Matthew Carbone and we find what, at least as far as I’m concerned, is the least one would expect.

Matthew Carbone is actually indignant. In the filth that he wades he creates for himself the idea that he is sitting on a cloud of high moral authority … which he shares with Keith Schembri.

You see, Matthew Carbone may be slavishly loyal to his party and its leadership. He may even go as far as taking a leading role in the intimidation campaign against activists leading by example that first action of Occupy Justice women when he walked up to women protesting in front of Castille and took pictures of them with their mobile phone. 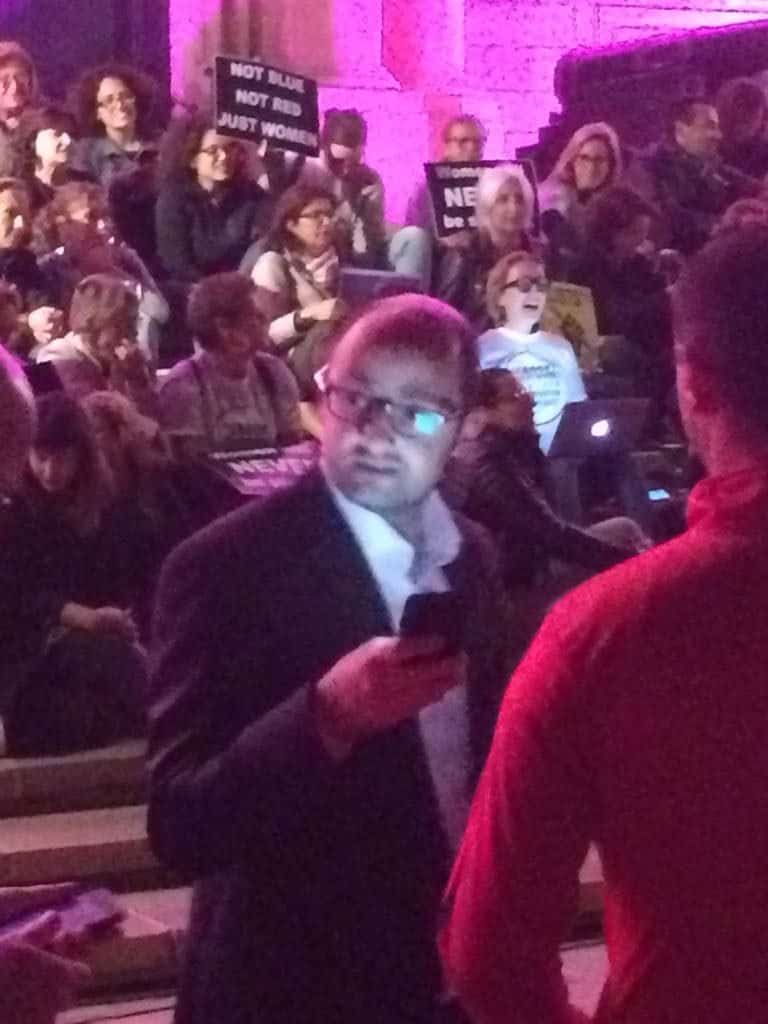 He must have been acting on some delusional mission to identify whose wives those women were because of course Joseph Muscat, Kurt Farrugia and Matthew Carbone could never imagine that women would act of their own initiative.

He, salaried by the state, was the first harasser and molester of protesters. Many would follow his lead. The prime minister had professed himself scandalised when I had called Matthew Carbone’s actions akin to what terrorists do to scare others off. Then Charlon Gouder savaged me on TV that week on Xarabank saying it proved my blog was hate-speech.

His point was Matthew Carbone is so nice. How can anyone compare him with terrorists?

He may be the best Secret Santa to be paired with at the office party. But he’s mates with Keith Schembri. And they huddle together acting scandalised about how low others are dragging the quality of Maltese politics.

Since they’re all men and they won’t be able to add the false heroism of combating misogyny to their righteous indignation, ara veru il-qaħba milli jkollha ttik.

Not everyone will have time to read Vincent De Gaetano’s speech which I had the privilege of publishing in its entirety this morning. It’s 6,000 words plus, which even for this blog, notorious for verbosity, is long. I put it out there because I found it a pleasure to read and because it needs to be on the record. There is a broad range of issues in that speech we’ll need to refer back to.

One of those points is Vincent De Gaetano’s explanation about the workings of magisterial inquiries. It is pertinent to the matter on which Matthew Carbone was testifying.

This is the case Adrian Delia brought against the Attorney General for not giving him a copy of the Egrant inquiry report. I think his legal team wanted to fish out of Matthew Carbone whether even the assistant PR man in Castille got a copy when the constitutional Opposition was denied one. As it turns out, he didn’t.

The man who wears the breeches in the PR office — Kurt Farrugia — got a copy. The man who holds them up for him — Matthew Carbone — didn’t.

Yet without seeing the report he felt confident enough to be disgusted by its findings and to presume that others — not, that is, the subjects of the inquiry — brought politics low in Malta. If he wasn’t curious enough to learn the facts, how would he expect anyone outside Castille to want to see the evidence in the Magistrate’s possession before nudging and winking at Keith Schembri on that high moral cloud?

A magisterial inquiry, Vincent De Gaetano asks? If anyone wants you to believe this is anything like an autonomous and functionally independent judicial investigation which you would expect in the civilised world, you’ve got another thing coming.

The Magistrate is limited to “describe and preserve the material traces of an offence”. The Attorney General can ignore him. If he does, he does not need to tell anyone why. In any case, the Magistrate cannot act without the police.

And before the Magistrate can act he must inform the suspect and allow him time to give his views.

“This is beyond bizarre,” Vincent De Gaetano says.

This is supposed to be the vindication on which Joseph Muscat is not only basing his self-granted acquittal but vilifying those who testified against him.

Vincent De Gaetano doesn’t specifically refer to the Egrant inquiry. But that inquiry is not an exception.

From explaining what a Magisterial inquiry is not, the judge then segues directly to his conclusion. “Corruption leads to arbitrariness and abuse of powers, it distorts a nation’s economy, creates unnecessary financial burdens on the citizens (particularly the most vulnerable), and can in due course lead to such general dissatisfaction that law and order will break down.”

That is what should be disgusting Matthew Carbone. But he couldn’t have that conversation with an account holder at Pilatus Bank, could he?

Sometimes you want to be a fly on the wall and wonder what they’re thinking. Sometimes you get to be and realise that they think they’re right. And then you really despair.

Previous:Vincent De Gaetano on the Rule of Law: Read the speech here
Next:Git